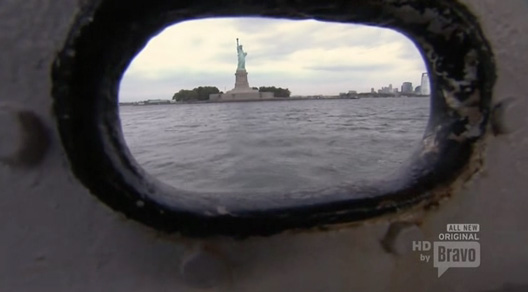 When we last left Top Chef All-"Stars", Paula Deen had eaten Dale, and Dale then died. Bye Dale! You'll live forever in our hearts and also in Paula's gizzard. I am surprised Dale did not make it to the finale, but I guess that's what happens when your stew drowns the flavor of a fish I've never heard of but sounds like a type of liquor made from tree sap. (Amberjack? Sure.)

Only five chefs remain. We are so close to the finale. Two more episodes after this one, I think? But then a new season of Top Chef Masters begins almost immediately afterward. I have not watched Top Chef Masters in the past, but they are changing it around this season to a straight-forward elimination style, so now it's just Top Chef: Older & Softer. 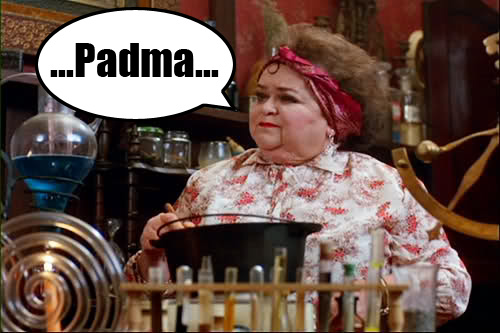 Padma inspects their living situation. It seems clear she approves of living neither in Brooklyn nor an apartment less than 5000 square feet. She spits out, "One Brooklyn. Whelp, it's got quite a view." She tip toes around like she expects to find drying piles of dog shit left out on the kitchen floor. Padma, you are welcome to come chill at my apartment in Williamsburg anytime you want. I will show you how we here in Brooklyn we don't let our pet messes stay out and fester for any longer than 24 hours, except on weekends when hey everybody needs a break.

The chefs will be hopping aboard a ferry to Ellis Island for the Quick Fire. Isabella gets visibly nervous. "Ellis Island? What now?" Why is a trip to a popular tourist destination making him so jittery? Maybe because he might be a homophone, so he hates ferries. (See what I did there?) Or maybe he's an illegal and afraid they are going to check his papers. 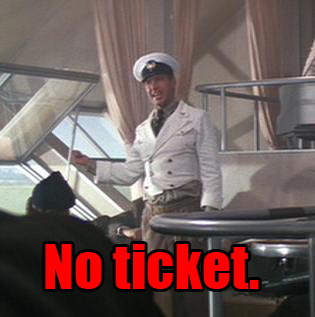 Once squished inside the ferry's snack bar, the chefs learn they must assemble a dish with whatever ingredients they can find on board before it docks. There is lots of gross snack bar crap: chips, hot dogs, cheese, other types of cheese, cheesy things, a microwave. The challenge starts when the boat horn goes off, and ends when it goes off again. "The boat is your clock, and Penny is your constant."

Unclear how long they've got until they land, the chefs scramble in the cramped cooking area. An inspired Tiffany decides to make nachos, using the nacho bar and all its fixings. Tiffany, where do you get your ideas? Antonia, a psychic con woman, runs a total shell game (Blais' words) and takes apart a bunch of different sandwiches to make a new grilled sandwich on the hot dog rotisserie. Her sandwich tastes like pork, because of the hot dog "essence." Lovely.

Mike's feeling frisky and mashes up some hot dog buns with sour cream and cheddar cheese. It's a "peasant-style" bread soup. He calls it "peasant-style" because only someone who craps in a hole and worries about leprosy would eat that soup. Even Mike admits he wouldn't serve it to his cat. It is very funny to hear him try class up his description to the judges. "There is cheddar cheese and pork rinds, to give it that pork and cheese flavor." Oh, interesting, I would not have guessed.

No fan of junk food, Carla infuses some juice with rosemary potato chips and makes a sliced orange salad. It is wet, and it is not much to look at. (That is what Carla said.) It is nothing compared to Richard's. Richard makes a crazy bahn mi sandwich. How does he boil the hot dogs you're wondering? Oh just with the MRE pack he keeps in his knife kit at all times. Are you kidding me? This guy is Richard Blais Dean Anderson. A total winner.

Any other day Blais' creativity, ingenuity and sheer overwhelming Blais-itude would be more than enough for a win. But today's guest judge is Dan Barber, Fourlocovore from Blue Hill Stone Gardens. Barber may be impressed, but he likes things that grew on trees or in the ground, and simplicity. Carla gets the win, much to Blais' surprise. A disappointment. I have not trusted Dan Barber since he pretended to be Daniel Day Lewis' brother in There Will Be Blood.

Padma gives a sincere and illuminating speech on immigration. More than 20 million immigrants passed through Ellis Island. (Both sides of my family did! My Italian grandfather took a boat by himself at age 14 and then supported a whole extended family. Do you see me weeping, Antonia? Sort it.) Padma also informs us that the African-American experience was different. Wha-? You don't say.

Whatever the experiences of one's ancestors, this final Elimination Challenge in New York is about using your family history to assemble the perfect dish. To help, Top Chef has hired one of the best genealogists in the country to assemble some history. Carla gets hilariously excited about a really good genealogist. 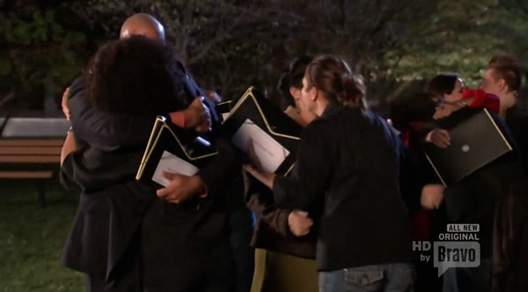 It's Mike's mom, and Antonia's mom, and Tiffany's mom, and whoa, Richard is kissing his mom a LOT. Who kisses their mom like that? I guess it's nice he loves her so much? I kid, it's his wife. Her name is Jazmin. She's pregnant! I wonder how Jafar she had to travel to come see Richard? (That joke is for the Aladdin fans in the house.) Carla kisses her husband a lot. He is tall.

All the families cozy up on separate benches and start pouring over their family histories. Blais' history explains everything. He's from Worcestershire, like the sauce, and he's got family roots in meat markets and chemistry. Uh nuh doy. Family family family.

Tiffany vows to get Tom to like Okra. That a girl. LJBO. (Let's Just Be Ourselves.) Carla's great-great-grandfather was in the Civil War, so something-something-corn. Mike's roots are Italian, though he's never cooked Italian professionally. It reminds him too much of his grandmother, who passed on and with whom he used to cook Italian food. Aw. Isabella! You softy, you. This is your chance!

Antonia is also Italian. The pictures of the men in her family really hit her hard. It reminds her of the sacrifices her father made to support the family. Antonia says, "I feel almost grateful to be a part of that." Almost?? What's the guy gotta do?

Oh man, it also turns out Mike and Antonia might be related? Cousins or something? Probably not, but it is a fun plot line to focus on. They are so different and also so similar! Antonia hates farts, Mike loves them, etc. Total twins. 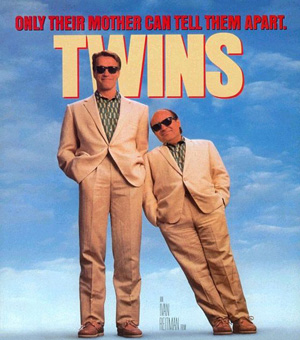 Everybody goes and shops. They buy things, then bring them home. Imagine that!

The girls yuk it up at a picture of Mike in dance school. To be fair to those girls, it is a good picture. Also, I like how everyone else's faces are blurred out. VICTIMS! 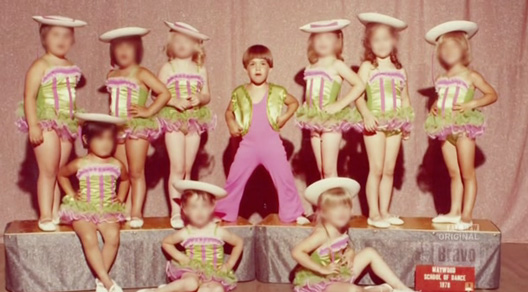 Family members and judges gather at a table outside at Giando on the Water, a silly clown wedding restaurant on the southside of Williamsburg. I used to live a few blocks from there and I basically had dinner there every night, because it's such a chill everyday restaurant, and this episode brought back memories. That ol' view!

All the family members are so nervous for their loved ones! Carla's husband is so nervous he reveals how he met Carla after searching for "tall" on Match.com. Everybody wants to be so nice but also they want to TORPEDO the competition, especially Jazmin. She is an athlete and a competitor. Pain is just weakness leaving the body! Luck is when preparation meets opportunity! Compliments are when smiles meet clenched teeth!

What to say about all the food? Everybody cooked from the heart last night, or the place in their brain we pretend has anything to do with "heart", and the food was beautiful. Antonia did her dad's favorite, braised veal, with a judge-defying fava bean risotto. It was great. Blais blaised a short rib and served it with fried bone marrow and pickled glass wart. Everything worked. Beautiful! The whole plate tells a story. Tiffany blows Barber away with a pig's feet marmalade and finally convinces Tom to like okra. Carla's pork shoulder is unbelievably tender and her passing the cheddar biscuits family-style warms everyone's hearts.

And Mike: his first Italian in a long time. This whole section is very emotional. He made gnocchi with gravy. He has trouble even getting the words out when he presents the dish. Gail tells Mike that Mike's mom told her that her mother's gnocchi were the best she'd ever had. Until she had Mike's. I am getting choked up just recapping it! A Top Chef first. I love Mike Isabella. I feel so emo right now. Here's a picture of me. 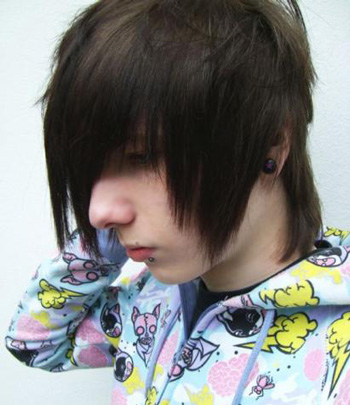 What a tough judges' table. There are little things, I guess, but how do you send one of these competitors home? Padma calls in everybody. Despite no one having a single criticism for Blais's near-perfect dish, Antonia wins. Man, why won't anyone let Blais be great and win a Toyota? The judges tell Mike he is safe as well.

The tension is palpable. Blais is sweating. Padma tells him: "Richard, please pack your knives... because you are going to the Bahamas." Padma, that is garbage! Don't you dare. Don't you dare do that again.

And Tiffany and Carla? They're going to the Bahamas too. Everybody's going. Yay! What? I mean, this is nice, I guess. But also, no. Please, just get rid of people. Let's wrap this up. Everybody worked so hard on this challenge, to not beat anybody seems a real disappointment. I hate change, Top Chef. Don't change the rules on me. If anything, eliminate two people. Eliminate everybody! Let us just vote for the winner online. You can't screw with my emotions like that again. This was my favorite episode of the season, with the worst ending.