Eats With ...And You Will Know Us By The Trail Of Dead

Share All sharing options for: Eats With ...And You Will Know Us By The Trail Of Dead 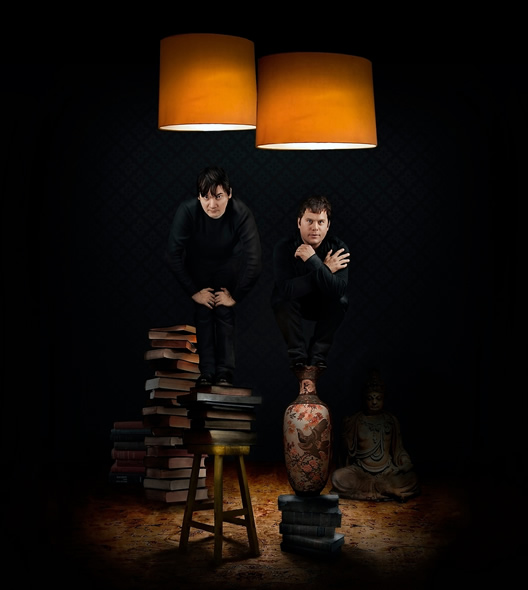 ?And You Will Know Us By The Trail Of Dead have been rocking one of the best band names and, well, generally rocking since 1994. Their heavy, post-hardcore sound was developed as a two-piece before expanding to a full band now based in Austin, TX. With Austin's South By Southwest music and film festival just around the corner, I caught up with founding Trail member Jason Reece to discuss his top suggestions for Austin grub.

You guys met in Hawaii, lived in Olympia, WA, and now live in Austin, TX — which place did you dig most for the local cuisine?
Well, Hawaii has the freshest fish — it's just easy to get fresh Ahi at your local market. Oly was about the late-night diner greasy spoon thing and Texas has the best barbecue. It's really a hard choice. I think Austin has more choices? so? Austin wins!

What are your favorite local Austin spots?
My favorite spots are Musashino for sushi and getting wasted on sake bombs.... Baguette House for Vietnamese sandwiches, like pork pate and lemon grass grilled chicken with jalapeños. I love Franklin Barbecue for brisket. For vegetarian food I go to Mr. Natural, they have awesome veggie Tex Mex food!

You mentioned two Austin staples: barbecue and Tex-Mex. Are you more of a taco/burrito guy or barbecue?
I might be more of a breakfast taco kind of dude. I love barbecue but I can't eat it everyday, but it seems that I always get tacos in one form or another throughout the week.

Do you have any particular dining requirements when you guys are on tour?
I eat everything, but try to eat fresh and healthier foods. I like eating food that's organic when possible. As a dining theme, family style is where it's at... you can sample everything and share the joy of the meal.

You guys play super active shows, what do you usually eat/drink to keep up your energy on tour?
We try to eat at local places and places that cater to the pride of making a great meal.

What's your favorite city to tour in the US because of the food?
New York City is great for a culinary experience. I love the idea that you can get Korean food at four in the morning and find a fresh pizza joint on every corner.

Can you describe your best food experience on tour?
When we ate at Nobu and got the Omakase, which is the chef's choice, it was mind blowing — the best Japanese fusion I've ever had!

Do you ever splurge on more fine-dining/upscale restaurants?
I love Uchi here in Austin, it's such a great hangout. I'm friends with some of the chefs there.

Austin has a great street food culture — do you guys have any favorite food carts in Austin?
East Side King at Liberty off of [East] 6th Street is pretty bad ass.

Do you guys have any regular fast food places you hit on tour?
Whataburger is the jam if you are drunk and need something decent. I order the Whataburger with cheese — keep it simple.

Do you have a go-to cocktail before or after shows?
Jameson on the rocks or Red Bull and vodka.

And on the flipside: do you have a go-to hangover remedy on the road?
A nice cold V8 juice and time.

And finally, if?And You Will Know Us By The Trail Of Dead's sound could be summed up in a food or meal — what would it be?
Korean Gal Bi with these short ribs... they will give you a bunch of side dishes that have many distinct tastes. We are a band with many flavors.

And now let's do a lightning round of your top Austin, TX picks!

?And You Will Know Us By The Trail Of Dead's latest record, "Tao of the Dead," is available now on their own imprint: Richter Scale Records. Check out their video for "Another Morning Stoner":

· All Sound Cheque Posts on Eater [-E-]
· ?And You Will Know Us By The Trail Of Dead [Official Site]