The Importance of Classic Napa Cabernet

Share All sharing options for: The Importance of Classic Napa Cabernet 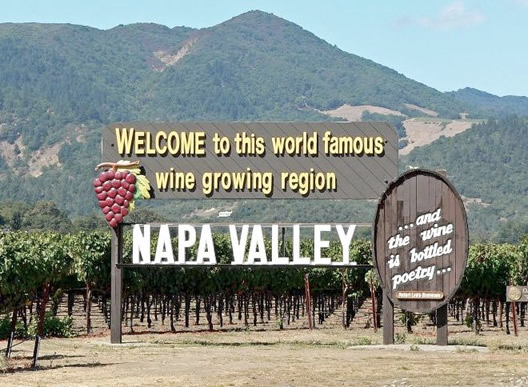 Over the next few weeks we'll take a look at classic Napa Valley Cabernet via the people who still make it, and the places where it grew up—from the valley floor to the mountain appellations. First up: a trusty intro/brief history.

In no other place in the United States is the evolution of tastes and wine culture more evident than in the Napa Valley. It is the jewel in the domestic wine crown, America's claim to fame, and the region whose wines—or, more specifically, its Cabernets—have come to be considered among the most coveted wines in the world.

But the bombastic, ultra-ripe style of California Cabernet that became the norm during the 1990s and has become the default reference point for consumers bears little resemblance to the Napa wines of yore.

The region first gained international fame in the 19th Century, thanks to producers like Charles Krug, the Beringer brothers, and Gustav Niebaum (Inglenook), whose work with Bordeaux varieties earned Napa the title of America's "claret country." But, like the every American wine story, Prohibition killed the roll.

When Napa finally began to wake up in the 1950s and 60s, the wines that crawled out of bed with it were made in the image of those that perished with Prohibition. Of course, white wines made from grapes like Green Hungarian and Berger faded from Napa wine culture, but Cabernet Sauvignon and its Bordelais sidekicks—Malbec, Merlot, Petit Verdot, and Cabernet Franc—were resurrected anew. By 1966 Robert Mondavi harvested his first vintage, and his success would pave the way for the Valley's modern winemaking boom.

1972 marked a turning point. That year—which has been deemed, affectionately, Napa's "Class of '72"—saw the establishment of some of the Valley's most iconic producers—like Chateau Montelena, Stag’s Leap Wine Cellars, Diamond Creek, and Clos du Val. The wines that they made over the next two decades would take their inspiration from classic Bordeaux; the prevailing Napa Valley style bore wines that hovered around 12.5-13.5% alcohol, were lean, floral and herbal—a characteristic derived from methoxypyrazine, a natural component of the Cabernet Sauvignon grape that has since become the bane of the ultra-ripe camp's existence—favored finesse over power, and had an ability to age that is still evidenced by the wines that I've had the privilege of discovering in places like my parents' closet.

But things change. Napa Valley wines gained international acclaim once again thanks to the famous Judgment of Paris, in 1976, when several Napa Cabernets beat out the Bordeaux they had been modeled after, and Chardonnay from California bested the grape's archetypal expressions in Burgundy.

The rise of Robert Parker in the early 80s further leveled the international playing field; the 100-point scale democratized wine and allowed for California to make a move on France in a way that didn't seem possible a decade before.

The quaint Napa that was home to 40 some-odd wineries in the 1970s—crushing grapes and making wine with minimal manipulation and an interest in expressing terroir—would, by the 1990s, turn into Napa the tourist destination, Napa the place where rich dot-comers went to have a hobby and just about anyone with enough cash could produce a 95-point wine, and Napa the home of Cabernet you could run your car on.

As critics like Robert Parker (The Wine Advocate) and James Laube (Wine Spectator) grew in influence their tastes drove wines to push ripeness, to swear off the herbal character in Cabernet, and, more than anything else—to make wines of the moment, rather than wines of longevity.

Those who held onto the classic style were shoved into the market's proverbial cedar chest and labeled "old-fashioned." The rest adjusted to trend as they saw the new crop of well-funded Napa Cabernets grabbing big numbers and top dollars. It was a red rover effect that left a long line of linked arms and very few who dared to stand tall on the other side.

But there were a few left staring at that wall of fleshy forearms just waiting to close-line the next outspoken producer of old; Heitz, Mayacamas, Chateau Montelena, Cathy Corison and a handful of other producers remained true to the classic style of Napa Cabernet that initially made them famous, despite the fact that that put them in an often under-appreciated margin. Now, as Parker and Laube's influence begins to wane, consumers become more educated about winemaking, and wine becomes more integrated with the American table, we are seeing a new craving for what has been dismissed by the masses as past its prime.

This new craving has inspired some of Napa's blockbuster wines—who have spent years competing for coveted spots in the critics' 98th percentile—to turn down the volume; but before we go celebrating them, let's look back at the individuals who never let it get too loud in the first place. They are the true pioneers of Napa winemaking, and however "old-fashioned" their wines might be, they remain some of the greatest examples of what Napa can do. Innovation be damned.

Next week: Cathy Corison.
She might call it "stubbornness," but Cathy Corison's intelligence and honesty as a winemaker—not to mention her timeless Cabernets—have kept the spirit of old Napa alive.