A couple of days ago the peerless Fabio Viviani — sadly gone from Top Chef All-Stars — took to the internet in a livestream in which he answered readers' questions. In the video that clocks in at an insane hour and forty-seven minutes [Ed note: that's what interns are for], Fabio Viviani was clearly high on Fabio Viviani. Mind you, this was no Charlie Sheen-esque disaster.

Relaxing in a Pope shirt with a cold beer and, later, doublefisting jars of Nutella, he even posted a sign with his mailing address for "Santa" in case people wanted to send him presents (a kind soul had previously sent him an iPod, so why not?). Yes, his turtle made an appearance, as did his bare foot (that was a special request). To save you the 107 minutes of your life, here now, on to the quotable Fabio Viviani: 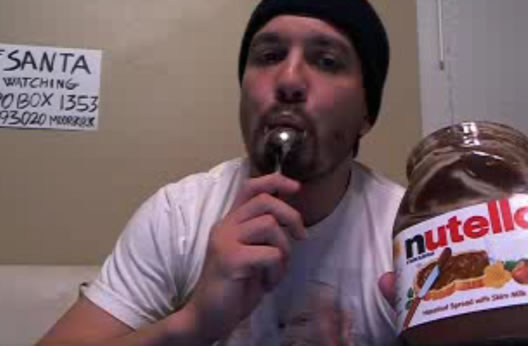 1) What would I make for my best enemy? The best meal i could make, so he would forever regret forever and ever not to be my friend.

3) I used to have an opinion... and then I got married. After I got
married, I realized I still like my opinion.

4) No, I do not like Nutella with bananas. Nothing phallic will go around my mouth. 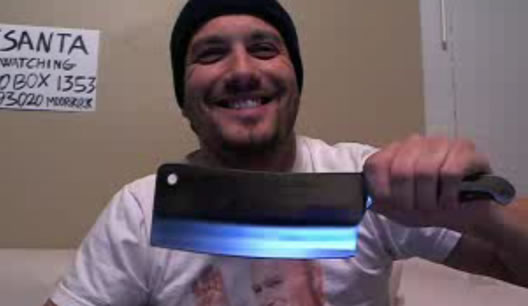 6) Best Italian in US? Piccolo, Moran, Mario Batali does really good Italian food, it's just too high end for me. My food is peasant food. It's what I do. It's why I never win Top Chef--even if I try on season 13. I do peasant food--simple food. You don't like it? Go somewhere else. I've done fancy food--i just don't want to do it. 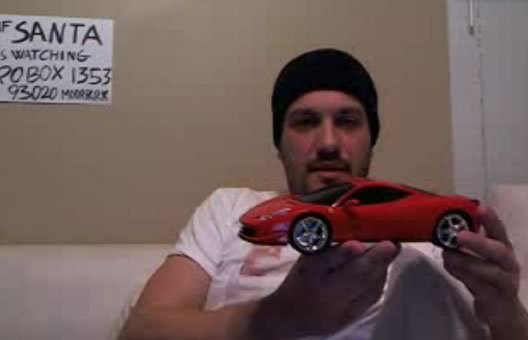 7) You want to see my Ferrari? I show you my Ferrari.

8) I love Anthony Bourdain--he's a good friend of mine. I think everybody likes him because he's a smart-ass, and last time, I thought he needed to hear it. I told him, "Chef, I love you, I think you have a wonderful palate--one of the most knowledgeable palates in the United States--but last time he was a chef I was a teenager. I'm 33, so that was 20 years ago. So you don't like it? Sorry.

9) I rather shoot my foot off than have meat well done. But that just me.

10) How do I feel about Berlusconi? I think he needs to go to bed. You're
90 years old, you can't keep chasing miniskirts. You can't live off Viagra. 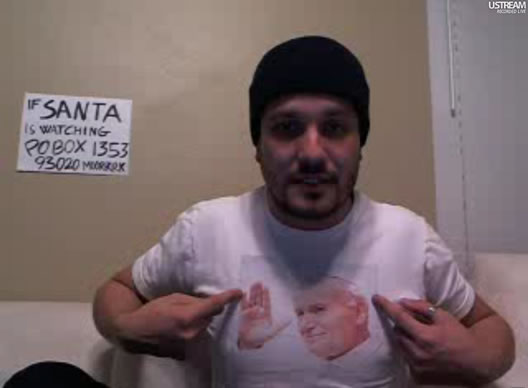 11) I like sushi. The problem is that, in Italy, we have a word for sushi.
It's called bait. I had to get used to this kind of cuisine.

14) Most embarrassing thing that every happen to me? I drop a six-foot wedding cake 20 foot away from bride. 3,000 people at the ceremony. Shitshow. That was a shitshow... The bride was crying...The bride was crying. I paid for half the wedding because I dropped the friggin cake. Shit happen, you know?

16) If you think I could sing like Luciano Pavaroti, you think I'd still be struggling like a chef? 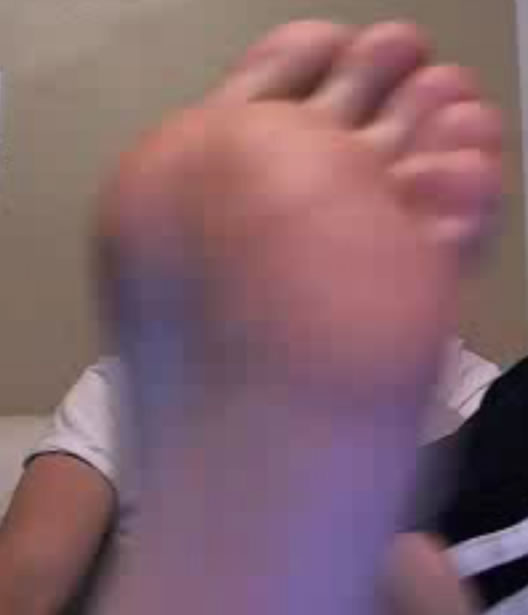 17) This is a serious question. Stop typing. This takes two minutes of you guys listening carefully. Stop typing, listen: A mad man just asked me "What's the difference between Italian women and American women?" Women are women. There is no difference. They're beautiful, they're smart, and they're always right. Regardless where you're from, if you from America or Italy, if you are a wise man, you don't pull shit for any woman. You say yes and you go away. Done. You cannot have the last word. You don't wanna win for lose. Ok? Anything you say after she's done with you is gonna lead to the next argument. So don't do it.

—Big thanks to Hilary Tuttle for powering through the videos.