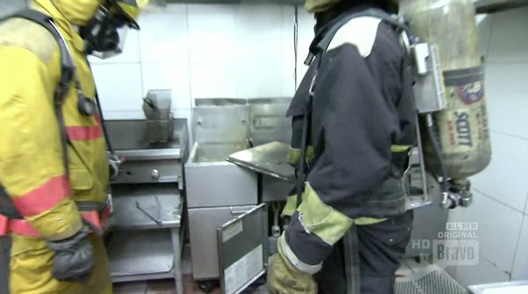 Did nobody sleep on the plane? Everybody this episode looks and acts very tired. It really brings down the energy of what should have been one of the best episodes yet. You're in the Bahamas, guys! Cheer up. Go for a swim. One of you should have been eliminated back in New York, but you were all spared, so find the silver lining. And then use a paring knife to cut the silver lining off, because that membrane makes the meat tough.

Our cookpetitors arrive in the Bahamas and politely hug one another. A lot has changed since they were all together back in New York: For example, they EACH still really want to win. Everybody is going to cook "their" food. Are you? If you were so concerned with cooking from your hearts or whatever, you'd probably just do it at home, for your loved ones, and not try to make a living monetizing it. That's why they call them jobs! (I don't know what that means.) Also, Richard is "growing a beard" which means he used spirit gum to glue coconut hair to his face. 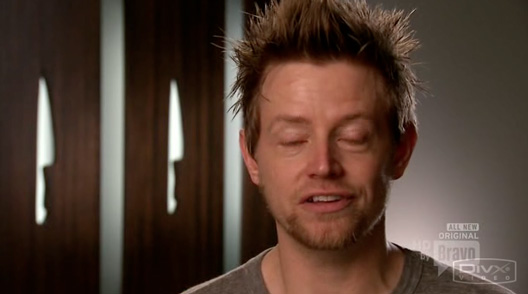 For the first Bahamian Quickfire, our chefs have some very stiff competition: Michael Voltaggio. And then they also have three other past Top Chef winners. Remember when Hosea, Stephanie, and Kevin all won their respective seasons of Top Chef? That was funny. Hosea has grown even more thumbheaded. "I'm here to prove to the haters that I deserved to win." First off, haters are something that wildly successful rappers have to deal with, not already-forgotten cable reality show winners. More like Whosea. Secondly, be quiet. Go back to thumb wrestling yourself, or as you like to call it, the-shape-of-your-head wrestling. 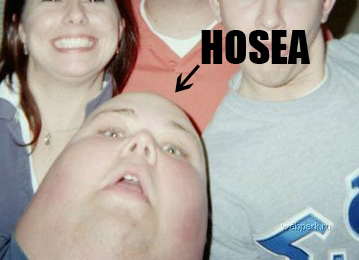 The All-Stars will each face off against their season's winner, sharing a protein Tom has picked out. It is a little confusing, because Antonia and Blais are from the same season, but it turns out that both their dishes will be judged against Stephanie's individually. Everybody who wins get ten grand. Stephanie could win twenty grand! "Could." 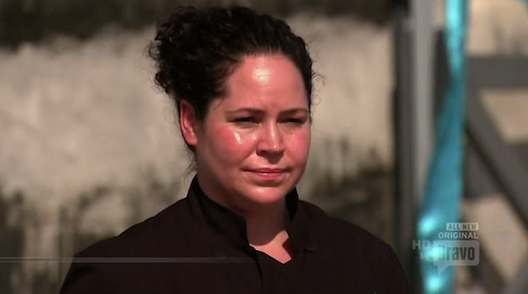 Veal, duck, lamb, pig. That is an example of what they cooked. They arranged it with seasonings and vegetables and then proceeded it to the judges warm. You understand. Honestly, the preparation is all pretty rushed over and I was paying close attention because that's my J-O-B and even I don't remember what they cooked. Lots of things two ways, probably. Blais definitely cooked something two ways. "Two Ways Blais," that's what we all call him. 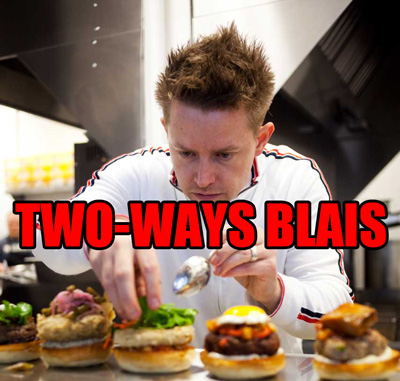 Everybody struggles with their induction burners. Is there anything more compelling to watch (other than people talking about food you're not tasting) than people complaining about devices that aren't working properly? Riveting stuff. It's why watching paint dry is so fun. You can't stop asking yourself, "will the paint dry, and if so, when?! I hope it dries."

Also, I am an idiot. They are cooking outdoors somewhere in the Bahamas, and I said aloud, "Those are pretty cool ruins." Ruins. These are the "ruins." (Because when the paint peels on plaster a little bit, your amphitheater is RUINED.) 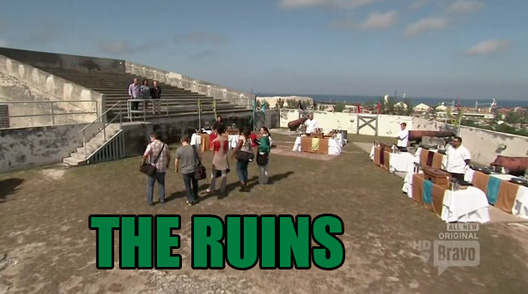 Here is who wins ten grand: Tiffany over Kevin, Hosea over Carla, Antonia over Stephanie, Blais over Stephanie again, and Isabella over Voltaggio. I can't believe Voltaggio didn't win! He's so great. He smiles and tries to take it well. Eek. Voltaggio is all intensity and let's just say he doesn't have a face built for smiling 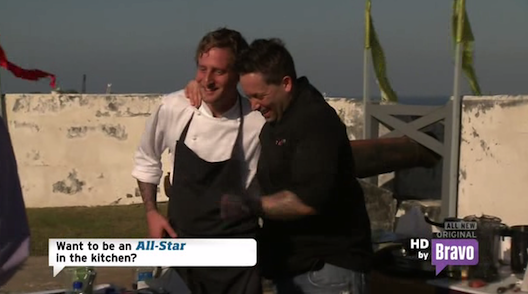 Dust off the butlers, everybody, because this week's Elimination Challenge has All the Stars cooking for Bahamian royalty. Make it a worthy dish! "Wow, we are going to cook at a palace for the monarchy! I am a little worried the kitchen will be TOO fancy. I know next to nothing about this island nation (is it a nation even?), but I can only assume its figurehead rulers are chosen by blood, with a royal lineage going back thousands of years, and they all shit rubies and only sup on the finest of foods. I wonder if they will even deign to lock eyes with the likes of a peasant like me? Yup, I'm correct." That's what everyone says. Well played, guys. 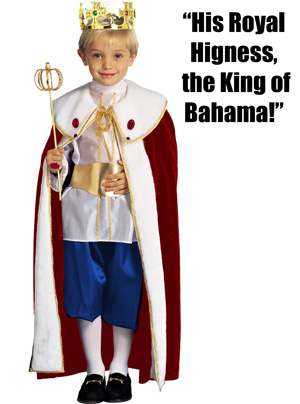 As the chefs prep, Mike shakes his head at how safely the three remaining ladies seem to be playing it, just as they have all along. "For them it's an honor just to be here. For me it's not an honor to be here, it's an honor to win." BAM. That is some pretty powerful stuff, even when you consider MIke stole it off a NO FEAR t-shirt. Carla takes a break from cooking to corner Antonia and start crying. 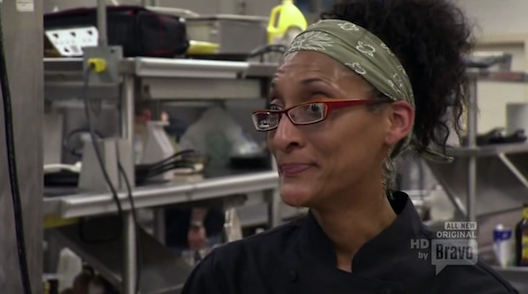 Some police motorcycles show up to escort the chefs and their SUV to the royal palace. Police motorcycles leading SUVs filled with Americans through the streets of a tropical nation? This reminds me a lot of A Clear & Present Danger. It's a trap! You guys are going to get bazooka'd. "The machine is still on, Moira." This is what happens to all the chefs. 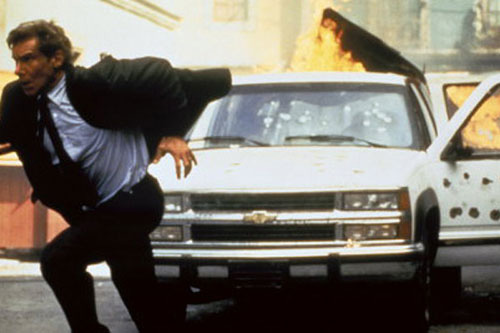 Just kidding. They are greeted by lots of dancers! At a fish shack! Wha-? Yeah no doy. Carla is doing lots of dancing but she still doesn't realize what's happening.

It's the King of Junkanoo! Junkanoo is a Bahamian tradition, a street festival and celebration. Also you are cooking in a fish shack. I can't believe Tom tricked them! Isn't this show supposed to be about trust? 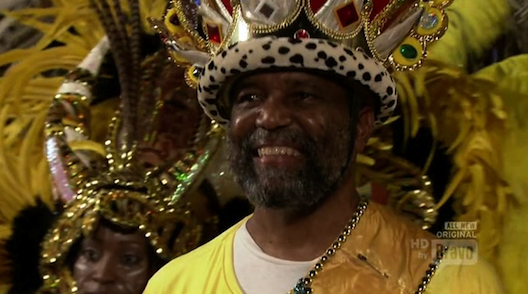 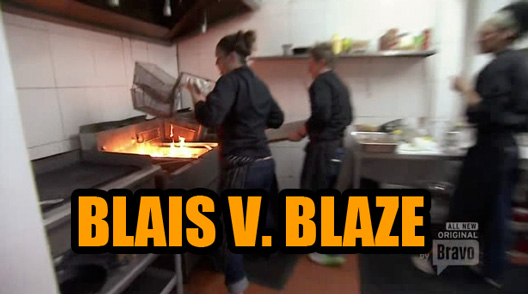 Blais acts quickly and throws a cookie sheet over the fryer, but it's still burning like crazy. Producers and firemen kick them out of the kitchen while they spray chemicals everywhere and put out the blaze. Tom informs the chefs that all their food (and all their prepwork) is contaminated. Time to re-prep! Oh man, it is going to be a long night.

Now that they know their audience, though, the chefs have an opportunity to completely change their dishes. Blais plants a psychic bomb in Antonia's head and undermines her choices. She's all turned around.

More prep! What a treat. So few episodes feature three rounds of prepping, so last night was a real blast for all the prepheads.

Only Blais and Antonia rethink their dishes, but Carla decides to fry then grill her pork. Or something. Carla finds success when she does food her way, and she encounters disaster when she goes outside her comfort zone. I wonder how this will work out?

There is service and then judging. Antonia makes fried shrimp with an odd grits and pulled pork shoulder combo. The garnish is pointless, the pork is sort of a mystery meat, and the shrimp is overdone. Mike serves a sous vide chicken with mushrooms and a lobster hash. The white meat is overdone, but the dark meat is perfect and the surprising flavors somehow all work.

Two-Ways Blais roasts a lamb loin and then wraps the braised lamb leg inside a pickled turnip cannelloni. Very ingenuous! Overcooked for Ripert, perfect for Tom. Tiffany puts out a roasted spiced pork tenderloin with dirty rice and a tomato jam. It is good, but unadventurous. Carla's got her pork loin with sweet potato and an apple chip. The whole thing leans too heavily toward being a dessert, and Gail gets a piece of raw pork. A shame, because Eric's piece was perfectly cooked.

Isabella and Blais are our front-runners. Blais gives an annoying speech about how he hates everything he cooks. I understand that you are neurotic and beat up on yourself, but you clearly think you are a very good cook, and mock self-deprecation does not cover up how you are confused each and every time someone else's dish wins out over yours. Isabella gets the win. He's in Blais's head! Psy-ops reversed, or something.

As for elimination, Antonia, Carla, and Tiffany all seem equally at risk. Carla had one bad piece of pork, Tiffany played it dangerously safe, and Antonia had a weird plate of food. But Carla's second guessing send her packing once again. She packs her knives, earrings, and very large personality and heads back home. Aw. Bye Carla! Only four remain. 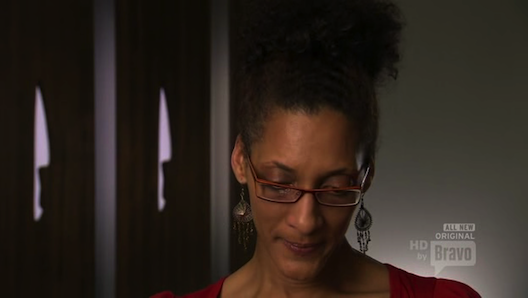