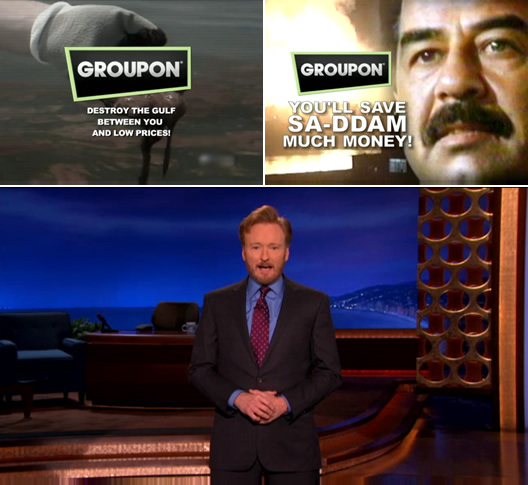 The other day it was Osama bin Laden and the Hindenburg disaster, and this time it was Saddam Hussein to promote Crabtree & Evelyn ("You'll Save Sa-ddam Much Money!" and the Gulf Oil Spill in support of a seafood restaurant.