Lianne La Havas on Dark & Stormies and the Best Steak

Share All sharing options for: Lianne La Havas on Dark & Stormies and the Best Steak 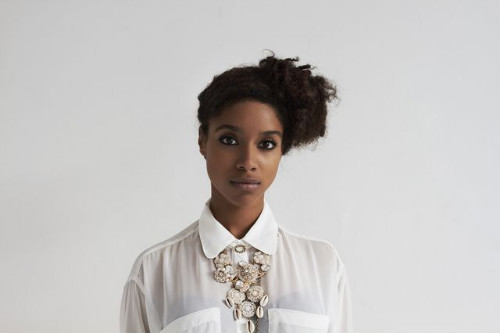 There is this wonderful pantheon of female singer-songwriters known for speaking the truth — soulful, sexy, and devoid of excessive ornamentation. Somewhere in there you'll have Joni Mitchell, Erykah Badu, Leslie Feist. And based on what many have been saying of late, it's not outside the realm of possibility that the London-born Lianne La Havas might eventually earn her place within that group.

Recently the neo-soul songstress took some time while on tour with Bon Iver to talk about her eating habits, which range from fish and chips in London to killer steaks in L.A.

You're in Canada now. Have you eaten anywhere good?
Yes, I ate last night at Smokes's Poutinerie. I had poutine, of course.

Which one did you have?
I just had the traditional, with gravy and cheese curds and fries. It was pretty good.

I'm sure that stuff is great for your singing. Does it affect your performance?
I don't know! I'll find out on the next show, but hopefully it's not too troublesome. I had to try it, though, since this is the only time I'm going to be in Canada for a while.

When on tour, do you plan where you'll eat in advance or do you just figure it out as you go from place to place?
Figure it out, normally. I'm early along in my touring experience, so I'm still coming to grips with the whole process.

What are your favorite spots in London?
Where I live, there are some fantastic Turkish restaurants. It's famous for having them. But there's one called Mangal that is wonderful.

What do you get there?
It's just great traditional Turkish barbecue cuisine. They have the best hummus, the best olives, amazing lamb kebabs. Everything is really tasty and fresh, basically. Also, healthy, so it's a win-win.

Any other places?
There's an amazing vegan restaurant called Faf. It's experimental cooking — they don't heat things above a certain temperature, for example, to preserve the temperature. It's probably the best vegan food I've ever eaten.

Are you a vegan?
No, not at all. But it's where you would go to have something really different and not miss having meat or cheese. It's slightly more expensive, though, so I don't go very often. They do amazing juices and non-alcoholic cocktails, as well.

Remember anything you've eaten there?
Yes, I had a bean burger that was very filling and very tasty. It had amazing wedge fries on the side and came served on a piece of slate.

There's also a place called Fish House which is particularly good. It's a fish and chips house, but it's brilliant, award-winning.

What makes it so special?
All fresh fish, delivered that day, every day. They just have really good chefs. It's a gourmet kind of place. Friendly staff, very reasonable, and very popular. You alway fill up and have to take stuff home.

You're living in L.A. now?
I'm not living there, but I'm spending a lot of time there recording my album.

Well, where do you eat while you're recording?
There are so many places here. We usually skip lunch when we are recording. We maybe just have some fruit. But in the evening, there are loads of places to go.

What are some of them?
There's one called Café Stella, in Silver Lake. It's a French-style restaurant. The last time I was there, I had steak, and it was the best steak I've had in my life. Perfect. Really nicely presented and very reasonably priced.

If you like tacos, Malo Taco is a few blocks down from Café Stella, funnily enough. It's just great, and really, really cheap. You can't believe how cheap it is or how fresh the guacamole is.

How about favorite bars?
In London, there's an amazing bar and music venue called Servant Jazz Quarters. I've played there a lot, but it's just a wonderful atmosphere as a bar. They make a really mean dark & stormy. Have you had one of those before?

Finally, do you care about the music that's played when you're eating?
I do care about the music that is played. I find it hard to concentrate if there is an odd soundtrack for the setting. I went to a Chinese restaurant recently that was playing tons of radio-friendly R&B, which I'm not a huge fan of. It was just strange — hard to concentrate on how good the food was.

Again, at Servants Jazz Quarters, when no one is playing downstairs, you can guarantee that they are playing some great old-school stuff that fits the drinking atmosphere.

Like old-school jazz?
Yeah. Maybe Louis Armstrong, or 50s rockabilly. Things that are nice to the ears.

Video: "No Room For Doubt"