Share All sharing options for: 7 Food Projects the Govt. 'Wasted' Money on in 2011

What's the government wasting money on now? Restaurants and "celebrity chefs." Senator Tom Coburn of Oklahoma produces an annual Wastebook (warning: PDF), which lists all the things the government spent money that Coburn finds wasteful and in 2011, many of those things were restaurant related. Of course, the term "waste" is subjective, so check out the money spent on events in Indonesia, opening an IHOP in DC, and drug-themed pizza restaurants below and decide for yourself. (You already know about Michigan's terrorist-fighting snow cone machines.) Here are the highlights: 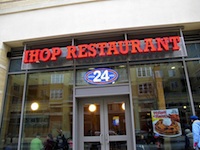 $765,828 to Open an IHOP in Washington, DC
Financial assistance intended to help an "underserved community" went to the pancake chain, which built a location in what Coburn calls the "toney" Columbia Heights neighborhood. Eater DC isn't sure "toney" is the right word.
[Photo: IHOP / Facebook] 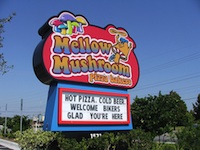 $484,000 to Open a Mellow Mushroom in Arlington, Texas
College town pizza chain Mellow Mushroom received almost half a million dollars to open in Arlington, Texas from the Community Development Block Grant program at the U.S. Department of Housing and Urban Development. So what's the big deal? Mellow mushroom is drug themed: according to a local news report, this location has "3D artwork on the walls, mood rings, a lava room, and over 17 televisions all in a hippie chic setting." Hippie chic! Come on.
[Photo: scrapstothefuture / Flickr] 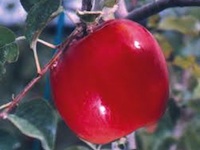 $100,000 For a "Celebrity Chef Show" in Indonesia
The money was granted to the Washington State Fruit Commission to promote apples, pears and cherries in Indonesia, which is seen as an emerging market for such fruits. The event has not yet happened, so no word on who the chefs are yet. (Coburn notes that the most popular fruit in Indonesia seems to be the banana.)
[Photo: Growing Produce]

$48,700 For the Second Annual Hawaii Chocolate Festival
This event was intended to promote the "emerging Hawaiian cacao industry and provide outreach." One of the vendors thinks the marketers tried to avoid questions about the industry and "social and environmental justice," but mostly it seems like mostly a bunch of people sitting around eating chocolate.
[Photo: Hawaii Chocolate Festival] 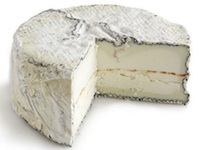 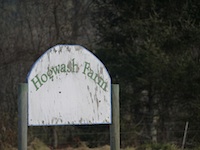 $73,824 to New York State Bed and Breakfast to Go Local; $171,050 to Market Vermont Farm-to-Table Restaurants
Why would the government want to promote its own agriculture? Mind boggling.
[Photo: grongar / Flickr]