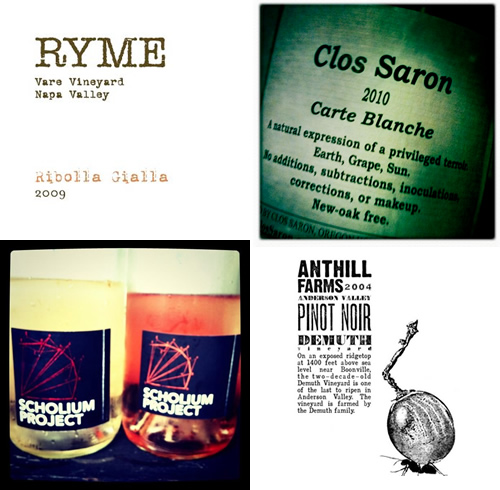 The rise in popularity of America's fringe winemakers — reactionary alternatives to the culture of big business wineries and monotonous pop wines— can be related to the rise of indie music. Though indie bands have been around since the 50s and 60s, there is no doubt that indie music has been gaining more of a market share over the last couple decades. That's due, in large part, to the proliferation of independent music labels that are willing to support bands whose music exists outside the confines of the mainstream.

The same is true for some of the world's smaller winemakers and the propagation of independent importers and distributors willing to support them. In the case of America, there's an expanding market for lo-fi wines from, say, Donkey & Goat and La Clarine Farm and the Baroque Pop of Wind Gap and Arnot Roberts. These are producers who are gaining popularity despite being at odds with the high-scoring, mainstream rock wines coming from dozens of producers that are like the Nicklebacks and Stainds of the wine scene.

What America's indie producers all share in common is a sort of iconoclastic, do-it-yourself sensibility that's enabled them to create wines that are making an impression on the industry without the help of a bored hedge fund manager, star basketball player, or a fancy tasting room. In his or her own way, each producer is redefining the image of American wine.

Here, now, a look at some of America's most influential indie wine producers, by genre: 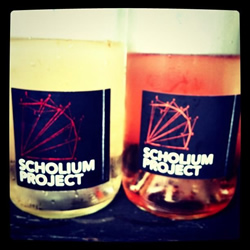 This is a genre that often plays host to those musicians that who are willing to push the envelope to the point where it might alienate more than it charms. Abe Schoener of The Scholium Project may well be that edge for American wine. His wines are some combination of metal-synth—loud and sharp, pushing the limits of aroma and structure—and dream pop. Despite the sort of wild, unhinged quality of some of the wines, there's often a carefully constructed melody that can be dug out from underneath the dissonance.

The Channing Daughters winery on New York's Long Island also has a penchant for experimentation, working with grape varieties that range from blaufrankisch to ribolla gialla in a region known for its conservatism. Their brood includes more than 30 wines that collectively reads like one big, never-ending new-school jam session. They may end up with a few wines that drink like nothing more than a 9-minute instrumental twist of horns and keyboards, but their openness to experimentation is exactly the sort of ethos that a budding region like Long Island needs. Like-minded bands: M83, Dan Deacon, Crystal Castles, Delorean. [Photo: Facebook] 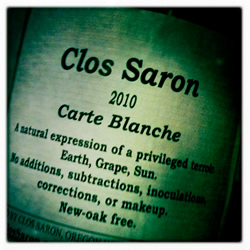 The Lo-fi (low fidelity) genre has become far broader than it was when the genre hit its apex in the early 90s with bands like Yo La Tengo, Pavement, and Neutral Milk Hotel to include a laundry list of budding bands. But the shared ethos that recording music on old, more traditional recording equipment creates music with greater authenticity remains the hallmark of the movement.

The style, which was a reaction to the polished pop music of the 80s and 90s, directly correlates to the natural wine movement, which has been characterized by a push among producers worldwide to use minimal technology and intervention in the hopes of creating more honest wine. One of the leaders of this small movement in California include A Donkey & Goat, a husband and wife team making wine out of a warehouse in Berkeley, CA who studied under Eric Texier, one of the great French “natural” winemakers. Their focus is primarily on Rhône varieties (with an orange wine or two thrown in for good measure) and they employ minimal intervention, use old wood barrels and native yeast.

Up in Sonoma, Kevin Kelley (proprietor/winemaker for NPA and Salinia) makes wines under The Natural Process Alliance (NPA) label. He bottles everything from skin contact sauvignon blanc and pinot gris to kitchen sink red blends in reusable Klean Kanteens. The wines are made with minimal intervention and are bottled to order for Bay Area residents.

Due east, in the Sierra Foothills—between Napa and Sacramento—you'll find La Clarine Farm and Clos Saron. La Clarine Farm works in accordance with Masanobu Fukuoka's philosophy of “do nothing” farming to create wines that have discovered an innocent sort of poppy purity in grapes like syrah and mourvèdre via raw production methods. Clos Saron is more about joyful noise, and embracing the rough edges and static in their comparatively rustic pinot noirs and various blends. They're the Wavves to La Clarine's The Apples in Stereo, for the nerds out there. Last but not least, The Eyrie Vineyards in Oregon's Willamette Valley--now under the guidance of second-generation winemaker Jason Lett--is, despite being misunderstood by many of its peers, a beacon for beautifully ageworthy, unadorned pinot noir and chardonnay. Like-minded bands: Pavement, The Olivia Tremor Control, Elliot Smith, Ariel Pink, Wavves, Iron & Wine, The Apples In Stereo, Dr. Dog. [Photo: the zinfidel] 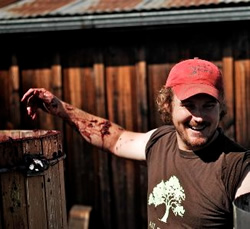 Contemporary Indie Americana is a more difficult category to nail down, as the nostalgic American folk influence often competes with more modern pop/rock melodies. But the best of the more popular Indie Americana bands like Fleet Foxes and Wilco, keep the twang alive. Morgan Twain-Peterson, the son of Ravenswood owner Joel Peterson, is doing his best to preserve and explain the character of California's historic vineyards.

He developed a penchant for American History after studying it at Vassar and went on to pursue a graduate degree in American Studies at Columbia. Though he had hopes of becoming a history teacher he ended up leaving academia to pursue his love of American history through his own Bedrock Wine Company. He bottles several wines from historic heirloom vineyards—like his own Bedrock Vineyard planted in 1854 by “Fightin' Joe” Hooker and William “Tecumseh” Sherman—in an effort to capture something of the past in his wines. Though they have a new world gloss, there's an undeniable twang that guides Twain-Peterson's efforts. Like-minded bands: Fleet Foxes, Calexico, Neko Case. [Photo: Hospice du Rhone] 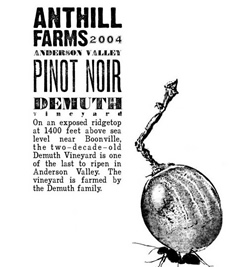 Baroque pop most often refers to 1960s bands like The Beatles and The Moody Blues that sought to add horns and strings to attach lush, more intricate melodies to rock music. Or, in simpler terms, they sought to fuse classical music with rock music. There is an influential current indie set—which includes the likes of The Decemberists, Belle & Sebastian, and Andrew Bird—that have embraced the use of classical instruments to create melodies that channel chamber and orchestral music.

Wine producers, as a reaction to the flabby, discordant, high alcohol wines that make up much of the California mainstream, have chosen to look to the classic wines of Europe for inspiration. What the winemakers below have come up with are wines with lower alcohol levels, less oak, and more harmony ? with a side rock and roll.Wind Gap winemaker Pax Mahle seeks cool sites for his elegant, high-toned pinot noirs and Rhone varieties. But he adds a little edge to his portfolio with his trousseau gris and skin-fermented pinot gris.

Duncan Arnot Meyers and Nathan Lee Roberts of Arnot-Roberts share the cellar with Mahle and have found a similar niche with low-alcohol aromatic syrah, cabernet and pinot noir as well as more unlikely wines like their ribolla gialla and an white heirloom field blend that Twain-Peterson helped them source.

Further south, Steve Edmunds of Edmunds St. John makes his affordable, old-world inspired wines from Rhone varieties (and gamay!) out of a Berkeley warehouse down the block from A Donkey & Goat. He's spent 26 years shunning the mainstream market in search of balance, subtlety, and wines that express “their place in time.”

Back up north, Anthill Farms and LIOCO source small amounts of syrah and pinot noir from selected growers. Minimal new oak, no fining or filtration, and a disdain for overripe fruit guides the wines from both of these new labels. Outside of pinot LIOCO specializes in beautifully pure, un-oaked Chardonnay. Like-minded bands: The Decemberists, Belle & Sebastian, Andrew Bird, Arcade Fire, Sufjan Stevens, Rachel's. 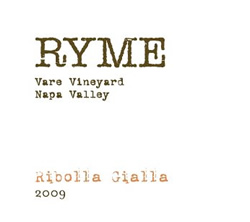 Freak Folk is, more or less, acoustic folk music mixed with all kinds of other stuff, like electronica, off-beat vocals, or just a hefty dose of creative dissonance. Bands like Animal Collective and Akron/Family, for example, have taken folk traditions and fused them with their own freaky avante-garde brands of pop, creating music that challenges the very definition of both pop and folk. Likewise, there are a growing number of producers in California that are drawing from the traditions of northern Italy to make unlikely white wines with off-beat varieties like vermentino, fruilano, and ribolla gialla.

Some, like Vare and Ryme, are taking inspiration from winemaking traditions that date back to antiquity, fermenting and aging some of their whites on the skins. George Vare, a godfather of sorts when it comes to the modern cultivation of Italian varieties in California, has been an enabler for many indie producers seeking to experiment with white wine. The husband and wife team at Ryme bottle skin contact (orange) versions of vermentino and ribolla (which they get from Vare) that are boundary-pushing wines, particularly in the context of the chardonnay-loving Napa Valley.