Zach From Portugal. The Man on His Crazy Burger Love

Share All sharing options for: Zach From Portugal. The Man on His Crazy Burger Love 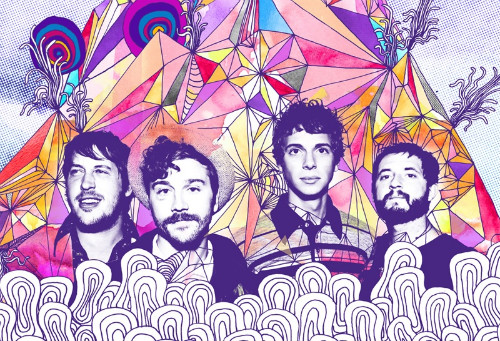 Zach Carothers' main gig is as the bassist of the Portland-based, Alaskan-bred band Portugal. The Man. Right now, in that role, he's gearing up to tour Europe in support of the band's acclaimed new record, "In The Mountain In The Cloud," which was released in July. On the side, though, Carothers dedicates as much time as he possibly can to consuming and writing about his favorite burgers across the nation. Earlier this afternoon, he got on the phone to talk about this particular obsession, his favorite burger spots across the country, and the eating rituals he shares with his bandmates.

How are you?
Doing really good, man. We're heading out to Europe tomorrow morning, and we just went out to have breakfast with Channing Frye.

Where did you go?
Jam, on Hawthorne. Pretty cool that a Suns player took us out for breakfast.

His choice?
It was his choice, actually. We met him at a bar a few months ago and talked basketball and food, and we've gone out to eat with him a couple of times. Super nice dude.

The main thing I wanted to talk about is your burger obsession and your blogging habit. How did that happen?
It was kind of random, actually. During SXSW this year, we went to have an interview with The Rev, who does Burger Conquest. Everybody knows that I love cheeseburgers a whole lot — they are my favorite thing in the world, pretty much — and so we went out and had burgers with him and ended up talking about burgers the whole time. He gave me a guest slot on his blog, and I got really excited about it. I haven't done it as much as I should, but it's lots of fun.

Instead of doing a normal review, I write just a love letter to a burger. It's called "Dear Cheeseburger, Love Hammburger," since "Hammburger" is my nickname.

How did you fall in love with burgers?
You know, I think it was a growing up thing. Every Saturday night at my parents' house my dad cooked and my mom didn't have to do anything. He would do burger night. I've always loved them. Being in a band and being able to travel and try so many of them has been really cool. Probably not too good for my belly size, but I just love them.

What are some of your favorite burger places?
I recently had a very good one here in Portland. My favorite one shut down, so I've been looking and looking for a replacement. I had a fantastic one at the Grain & Gristle.

What kind of burger do they make?
Beef on a brioche bun. It was a juicy, perfectly cooked burger. It wasn't super fancy and there wasn't anything ridiculous on it. Just had smoked gouda, which is probably my favorite cheese to have on a burger. It was unbelievable. Everyone I was with got breakfast that day, but I was just in the mood.

Any other burger spots in Portland?
Other ones in Portland include The Matchbox, a place called Slow Bar, and Rontoms.

You mentioned that the burger at Grain & Gristle had nothing fancy on it. Are you opposed to the idea of the foie gras burger or things like that?
No, totally not opposed to it. I just think of them as two different things. I will say, though, that my favorite burgers are just the ones we make when we're barbecuing. I love pretty much just plain grilled burgers with my friends. Our singer is actually a pretty good cook — a lot of people in the band are actually good at making food — but he is exceptionally good at grilling. He's got a thing where when we barbecue, he doesn't generally go to the regular grocery store. He'll go to a local butcher, get really good meat and thick pepper bacon to throw on the burgers, and it's pretty good. He does it right. And I love the whole vibe of hanging with our friends in the backyard, which probably adds to it.

What about burger spots across the U.S.?
I finally got to try Kuma's Corner, in Chicago. It's always really far away and there's always a really long wait, but this year, at Lollapalooza, we finally got to try a few of them. They have a heavy metal theme, with burgers like The Slayer, Mastodon. It's a funny schtick. They're very good burgers.

Which one did you have?
My favorite one was the Plague Bringer, one of the spicier ones with jalapeño and hot sauce.

Any other spots?
I really like The Jackalope in Austin, Texas, which is where I met The Rev. I just had a really good one in New York, and I can't remember the name.

Try to describe it and maybe I can help.
Something Tavern.

Minetta Tavern?
Yes! That's actually it. Unbelievable. That goes down as the most expensive burger I've ever had. But it is seriously delicious. We went out with our A&R guy at Atlantic to have a big brunch there — once again, breakfast — but I had to try the burger. The beef on that is ridiculous.

Do you read about this stuff obsessively and work to be an expert, or is it just an intense hobby?
I'm obsessed, but it's not something that I follow or look into in that kind of way. I'm not as into as I should be. Having this job, it doesn't really leave that much time for hobbies. But it's something that I want to get more and more into.

Before we finish, let's talk about non-burger spots you like to go to.
We've got our staples that we do in different cities, you know? Some of the places we go back to, it isn't necessarily because we love the food as much as it is that we feel a connection to a place. It's really nice once you get to know a city and an area.

What's an example of that?
Take San Diego. We have a ritual there. We go over to my friend Mark's, then walk down to a little Mexican hole in the wall called Los Dos Pedros, which makes the best burritos I've ever tasted. We grab the burritos to go and then head over to Windansea Beach in La Jolla, and we sit on the beach and eat our burritos and then jump in the water for a while. Then we go back, load in, and sound check, do our show, and end up with a case of beer back at our buddy's house. It's fun having those routines.

Every time we are in Tempe, Arizona, we go to the same place Chinese food place for lunch, The Golden Gate. She remembers us every single time we go in there, even if it's been years and years. We found it when we were a very young band with no money, but the club gave us a buyout to go grab some food. They had a really cheap lunch place, and now we love the whole vibe and tradition of it.