The Next Iron Chef, Episode 4: Kumwhat???

Share All sharing options for: The Next Iron Chef, Episode 4: Kumwhat??? 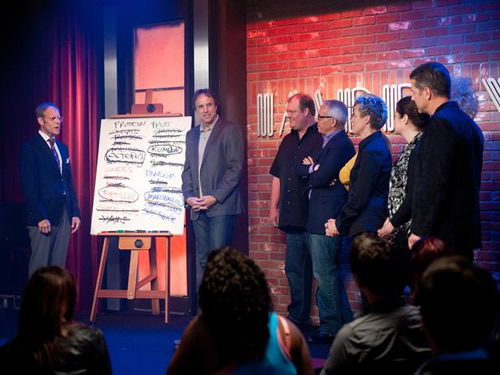 I’m pretty bored of this show. At this point we know who’s good and we’re basically waiting for some combination of Zakarian, Chiarello, and Guarnaschelli in the final. But... Kevin Nealon was full of hit records this episode. The contestants went to the Improv and the audience shouted out ingredients they wanted them to cook with. Someone in the comedy club said octopuss and Nealon said: “Octo meaning 8, puss meaning face.” Then someone said Kumquats and he says “I like the word kumquat, sounds funny.”

After surveying the audience, the ingredients Nealon settles on are: octopuss, tortillas, kumquats, and marshmallows. Guarnaschelli cooked her octopuss three ways: pressure cooker, saute pan, but like Rick Perry, I forgot the 3rd one. I really like what Guarnaschelli’s been cooking on the show. She still loves telling us how bad she wants to be an Iron Chef, but when she stops campaigning, her thoughts on strategy are dope. She wasn’t sure how the texture of octopus would come out in the time frame so she had backups using different methods, very smart. Zakarian came to battle with a hello kitty bandaid. 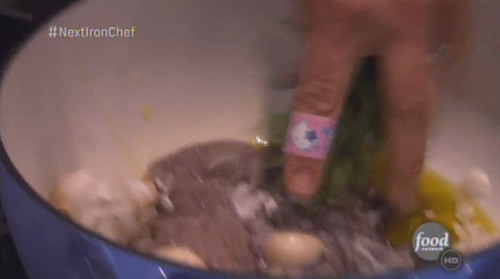 Me, my moms, and Taiwan don’t even care what he makes anymore, we FUX with Zakarian and his hello kitty jump-off. If he comes with Keroppi next week, it’s over, he could be mayor of Taipei. Banana Boat Keroppi is my SHIT. 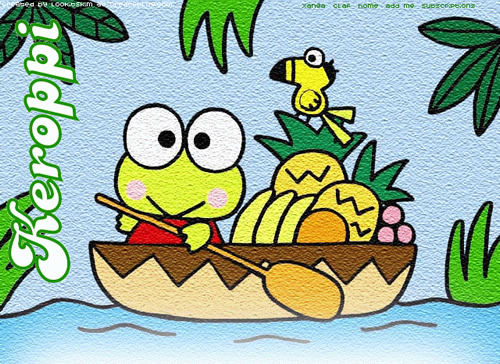 Burrell actually came correct this week. She made a braised octopuss ravioli with kumquats, tomatoes and marshmallow simple syrup. You can tell that she doesn’t have the range of techniques that the other chefs have, but she’s been making it work the last two weeks, staying in her wheel house and not trying to do too much. I respect it, you don’t need to do what every one else is doing. 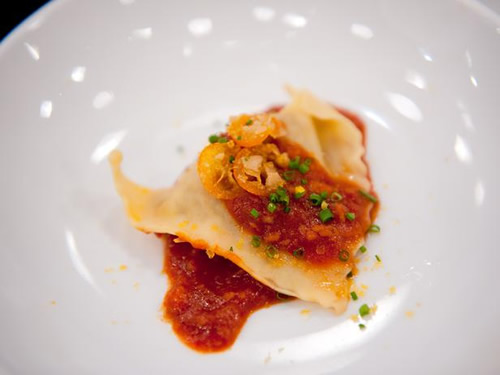 Do your thing and do it well. When the judges tried to beat her up for the texture of the octopuss in her ravioli, she stuck up for it and explained that the texture was necessary because otherwise it’d be a flat dish, texturally, since it was ravioli and she was absolutely right. No Guy Fieri jokes this week, good shit Anne. 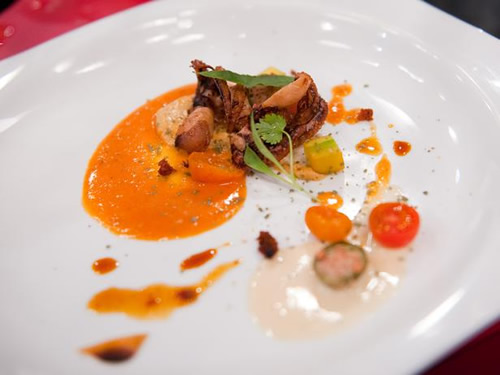 Marcus made a kumquat pickled octopuss which looked really good this week, but the other components on his dish were a mess dragging the flavors from Sweden to Mexico to Africa. This fool shoulda just went to Shaolin. He thinks he’s the story tellin chef magellan, but he’s no Chef, he’s no Lex Diamond, he ain’t no Shallah. “My jeans too futuristic for that shit you know what i’m sayin?” - Ghost 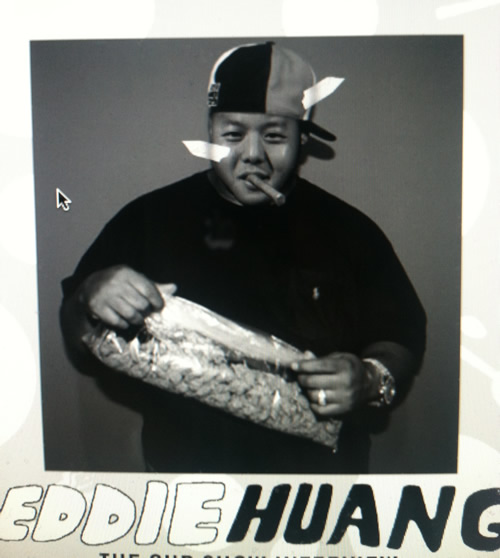 Cop that Our Show heat next week! www.itsourshow.com

Your boy MacMillan just couldn’t stop making PF Chang’s jumpoffs. This fool marinated octopuss in fermented black bean, hoisin, and miso. For frame of reference, it would be akin to Yan Can Cook going to Chick-Fil-a for some Polynesian sauce, McDonald’s for Filet-o-fish sauce, and then Popeye’s for Louisiana hot sauce, mixing that shit all up and using it to marinate octopus. His rational for this all working would then be that it’s all from America. You’re a fucking idiot MacMillan, quit cheffing and just cook meth like every one else in AZ. 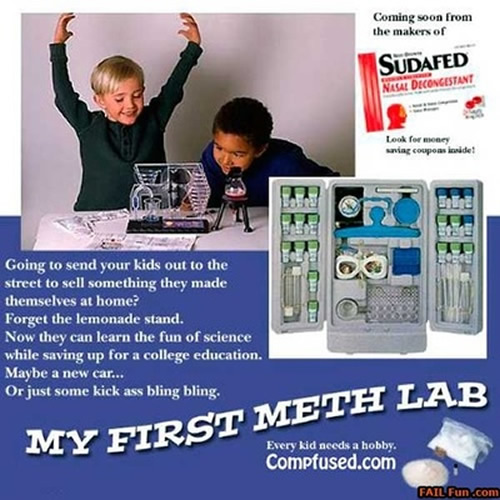 My girl Joo said “It was like kung-fu fighting in my mouth. It was off on many levels.” WHOAAA did my girl Joo just reference the art of cum-fu? 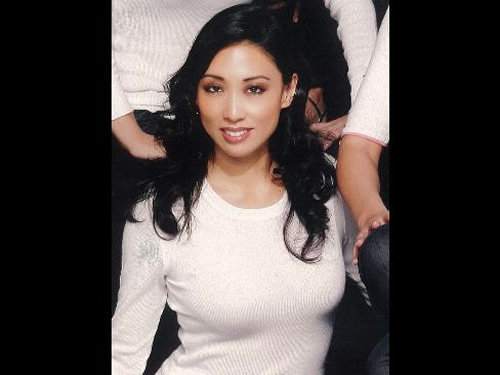 For all y'all who thought “HORSE” came with some original shit for How to Make it in America last night, peep the original... “Mask on face/Glock in hand/I was in and out of houses like the Orkin man” - Pusha-T

Chiarello pulled a Theo-L and flew overseas to bring us some shit back from Spain.

Every one was happy, he did some tortilla squared, paprika octopus, and marshmallow aioli. This is what I want to mothe fucking see. Things like marshmallow aioli, Marcus’ pickled octopus, Falkner’s marshmallow ash garnish, and the textures in Guarnaschelli’s dish with napa cabbage puree. When Iron Chef is right, we are seeing chefs take ingredients that usually wouldn’t be used in a savory dish, but by changing the form, it’s successful. That’s the hook that Iron Chef has lived on for years. We want to see metamorphosis. Where it goes off the rails in America is when you have “chefs” like MacMillan who don’t understand the flavors their using or Marcus who can’t settle on one or two pantries. If you fuse the food of two countries, fine, it’s been done well before. But, when you start globe trotting and throwing ingredients into the mix that have no business together, it just looks like the Cheesecake Factory in a dish. Every one is over fusion. It’s stupid. No one wants DJ Mash-ups or fusion food anymore. We’ve all heard the fucking Grey Album. This is probably the only one we ever needed to hear:

American Iron Chef will never be as good as the original because the style in America is to pull flavors from different countries, fuse them into American standbys, use modern techniques, and call it New American. There is definitely good New American out there, but a lot of the offerings are weak concepts relying on the allure of mash-ups. I love what the Torrisi dudes are doing with their restaurants, staying true to their flavors, heritage, and just improving on the classics. They’re not adding miso to zuppa de pesce or panko to fucking chicken parmesan. That shit is weak sauce b, and people need to stay in their designated pantries and do the damn thing. Even M.Wells, those guys use flavors from other places, but the way they use them is distinctly Montreal. There are goofy items like buffalo chicken feet, and I’ve never had their peking duck, but I’d say 80% of the time, they have a mastery of the flavors and really OWN the dish making it theirs. That’s all we ask for. Don’t rely on mash-ups, create a profile and own it. 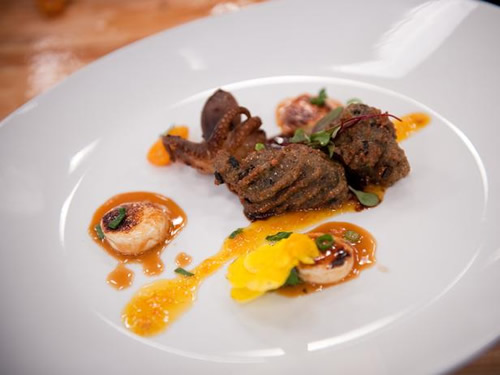 Somehow Zakarian ended up in the bottom with Samuelsson and MacMillan. Marcus didn’t have to battle so it was Zakarian v. MacMillan aka Tyson v. Spinks 2011. Blood was on the dance floor. I couldn’t wait to see this. How was Food Network going to make this seem tense? Your boy MacMillan didn’t even know how to use bus tubs! He went to the pantry and grabbed things hand to hand like he was sellin’ dubs. Then, the motherfucker grilled pineapples and threw them in his shellfish curry. It was complete and utter bullshittery. Yea, that’s a word MacMillan inspired. Then, when all is said and done, MacMillan turns to the camera and says “Rich buttery clam in that coconut broth? I put a Bo-Mac element dish in your face, BADA-BING.” I have never wanted to see anyone drop dead as much as I did when those words came out of that shit head’s face.

Your boy Zakarian did not fuck around. He didn’t care about rules or warnings, he came with two elements: Coconut halibut crudo and coconut lentil crusted halibut with raisin lime coconut puree. He took a gamble even when he was fighting special ed MacMillan and it paid off. He is self-aware, knows his strengths/weaknesses, doesn’t try to explain failures, and he just does his job when it’s his turn. 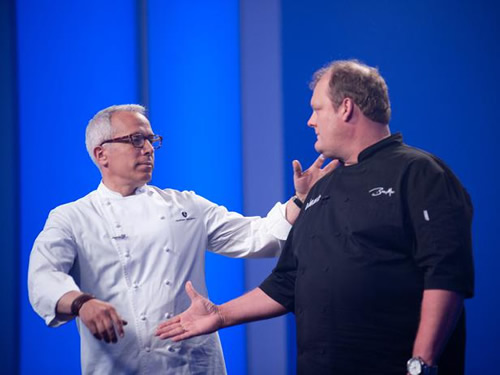 No canned phrases or food network love. If people stopped casting douche bags like Bo-Mac or Samuelsson and used more Zakarian’s, we’d have some good fucking television. This dude sends us off saying, “Big relief, it was like being away, it was like being in prison when you need to have bail posted.” I fux with you Zakarian. On that note, here is everyone’s favorite homoerotic prison storyteller...

DMX: “All your mans up in the jail before sucked my dick.” HAHAHA PAUSE
P.S. for the greatest article on the most unintentionally gay rap lyrics, click here.