The Next Iron Chef, Episode 3: Things White People Like 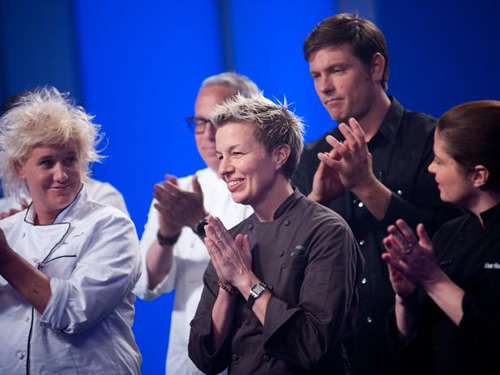 Anyway... I read these comments every week and it’s pretty hilarious. People say things like:
· “This was a HORRIBLE recap. W.T.F??? It’s like a bad version of a rap song some kid wrote in his basement while watching the Food Network. Cut the ‘ethnic’ speak.”

· “Can you just write ‘I like rap. I’m cool.’ on a sandwich board and wear that around...?”
· “Writing like an illiterate gangster wannabe is all that Eddie has.”
· “Who wrote this? A homosexual tween with ADD who wants to be black?”

The only thing I like more than single ladies are racists. We are the best! This week we’re going to do something different. Just to make you Brooks Brother-wearing, brunch-going, insurance-buying persons who live in Gramercy and beyond happy, we’re going to do a Things White People Like Edition of Iron Chef Recaps. I actually spent an entire week doing white things I never do. 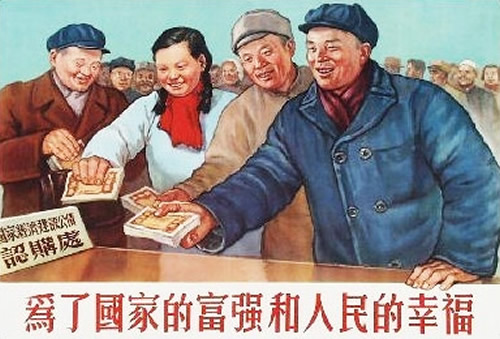 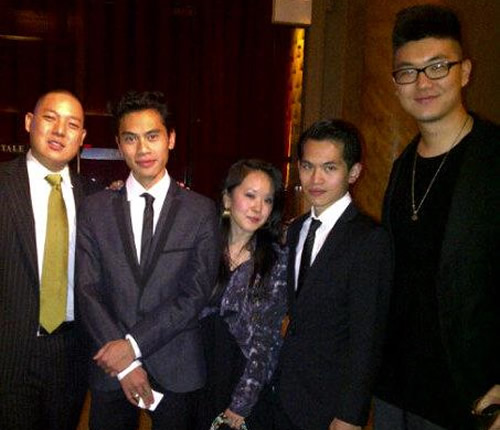 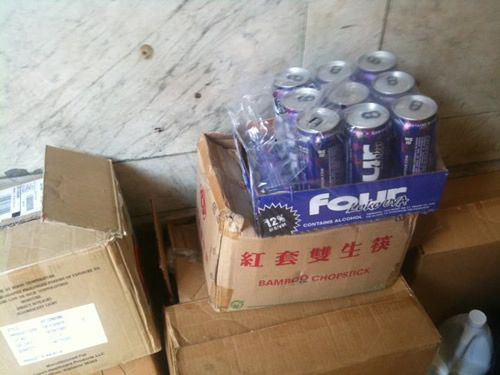 I got rid of all my grape drink and chopsticks. 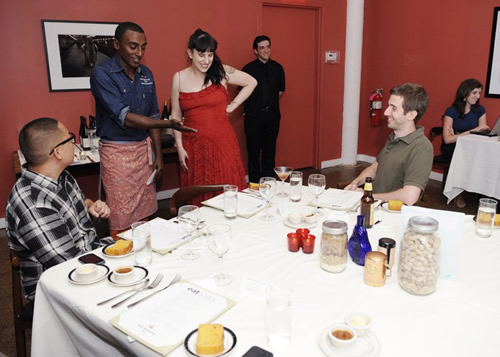 I forced myself to hang with people who think Marcus is a fantastic chef. 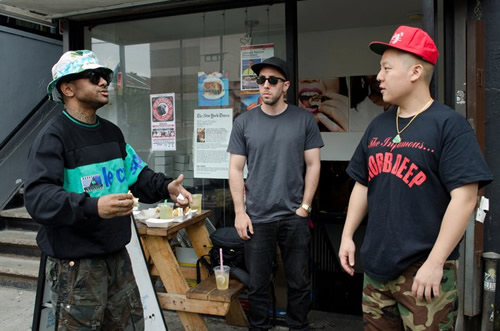 I told Prodigy we couldn’t be friends anymore because I was only hanging out with people like the guy in the middle from now on. P was pissed. 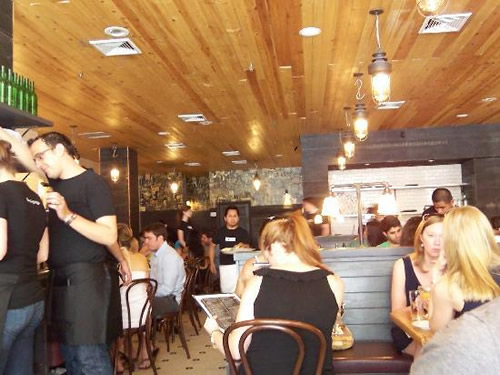 I ate at The Smith. 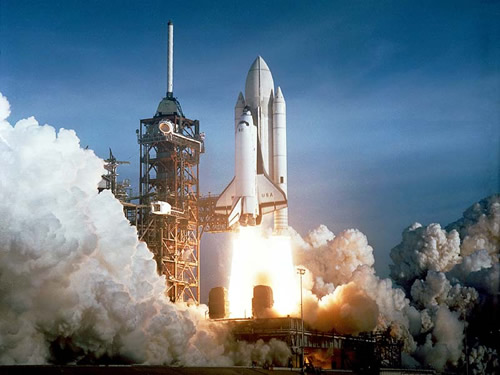 After conducting the above research in preparation for my “Absence of Color Phase,” I am pleased to offer this week’s recap of The Food Network’s hit series, The Next Iron Chef: Super Chefs. Today’s special music guest who you might have heard in Apple commercials, PTA Meetings, or Beacon’s Closet, is none other than the critically acclaimed: Chairlift!

The scene on Iron Chef begins with last week’s winner, Alex Guarnaschelli, the fantastic Chef from Butter known for her sensuous curves and inability to, as Eddie Huang would say, “keep it real” while frolicking on National Television (fuck, such a FOB moment, I can’t determine if that should be capitalized or not?). As last week’s winner, Chef Guarnaschelli is granted the advantage of picking her secret ingredient first. Faced with the choice, she carefully selects chocolate covered raisins, an excellent maneuver since raisins, also known as dried grapes in certain corners of the continental United States, are frequently used in savory or sweet foods. 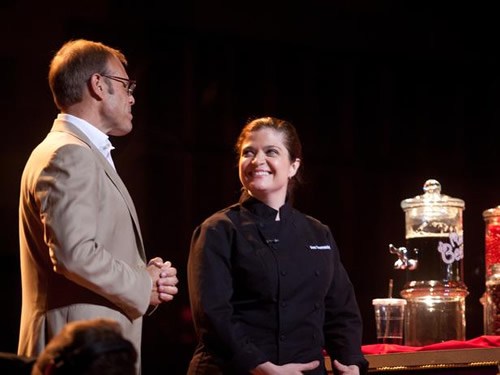 While chocolate may be cloying, there is a certain level of flexibility with chocolate that other choices may not possess. Chef Guarnaschelli perhaps considered making “mole,” a popular dish amongst persons with perspiration on their backs. That is until she realized that she forget her sombrero at home, a large head covering that is commonly used to serve nachos or conceal genital areas. 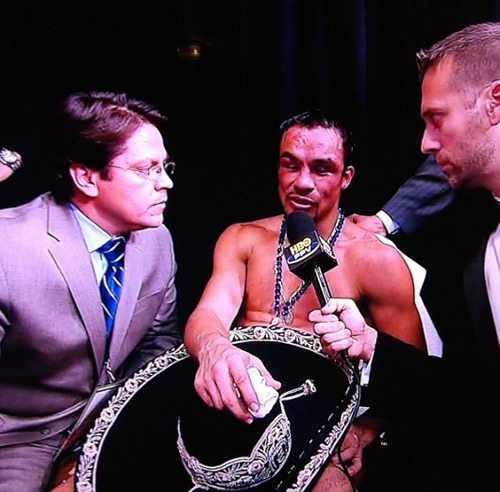 The remaining contestants were assigned confectioneries and given an hour to concoct dishes worthy of The Next Iron Chef. Chef Hughes received the gift of popcorn but struggled to imagine anything more gripping than a punny rendition of popcorn shrimp. Curiously, Alton Brown did not reveal the source of the shrimp used on the show which was especially disturbing to me. I sincerely hope that all crustaceans used on this broadcast came from First Lady Michelle Obama’s White House Fish Tank. Could anything possibly be more American? I think not my friends... I think not. Fly eagle, fly! 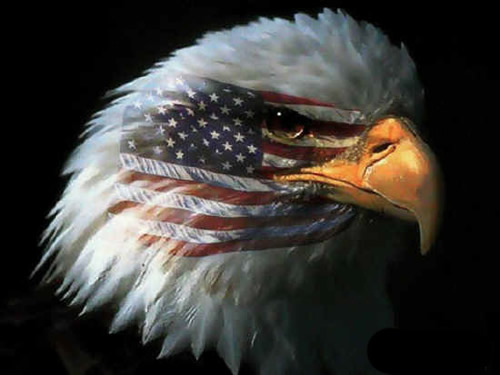 Chef Falkner was quite the show stopper this week. Although I am still not quite adjusted to her radical hair stylings, I understand that this is a “punk rock” thing. While there is a community service aspect to “punk rock”, I do not fully see how it is a productive aspect of our American Fabric. 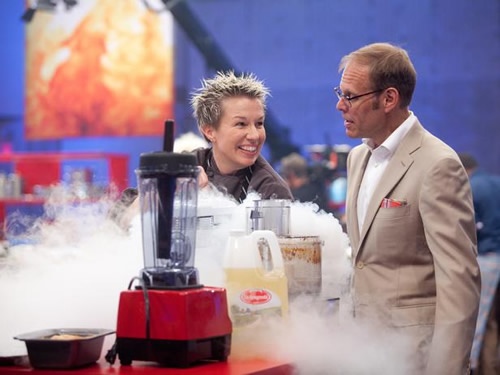 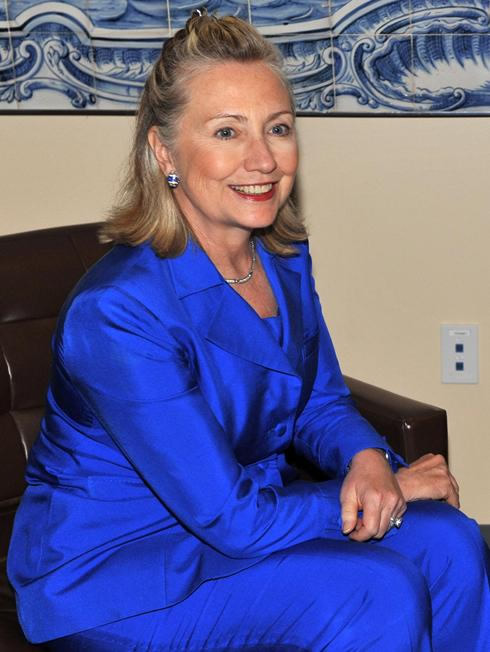 Or, if it’s hip and cool she wants perhaps the “Rachel” is the choice! 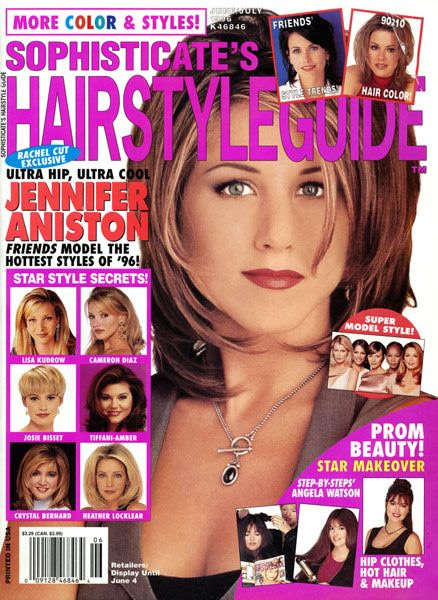 Regardless of her wardrobe misfires, the dishes she created were ethereal. Her use of malt balls in the batter for black sea bass really struck my fancy. Accompanying her fish and chips was an elegant barley ice cream with malt balls and malted crunch cake. Perhaps Chef Falkner will be so kind as to bless the viewing public with her recipe for said dish as it would be just splendid at my next Tupperware party. 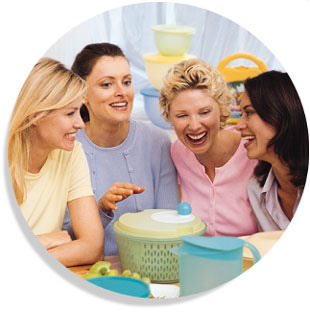 Despite my suspicions, the judges were adamant about their praise for Anne Burrell’s food this week. As an objective journalist, I maintain the belief she is holding her Guy Fieri sex tape over the head of the Food Network. But if it is a choice between allowing Anne to have a TV show or unleashing Diners, Drive-ins, and Anne Burrell’s Pick Up Window on the world, I say we maintain the act and continue telling the world she makes fantastic food. Did you hear she made a fantastic quail with sausage fennel and root beer stuffing with agrodolce? Agrodolce was a choice numerous chefs on the episode made this week. It is common to play sweet vs. sour, but I was a bit disappointed that no chef applied more heat to their dishes since peppers temper sugar magnificently. 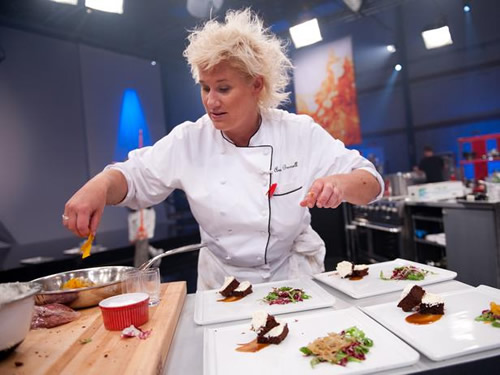 Our man Zakarian continues to dominate the competition with his surgeon-like precision and penetrating eyes. You can just feel the beast within that thin man screaming to get out and yell at the nearest dishwasher. Such tamed passion and aggression unleashed in an array of one-bite wonders. If I had a vagina, it would be his oyster. In moments like this, I believe the “brothers” say, “pause.” But yes, once I got my feelings for Chef Zakarian under control I was able to fully absorb the wizardry of his dish: cinnamon chicken vinegar with ginger and olives accompanied by a Cinnamon Orange Oeufs a la neige. OEUFS A LA NEIGE he says, OEUFS A LA NEIGE? I can’t do this anymore. Yo, what the FUCK is OEUFS A LA NEIGE B? I googled this shit and you know what came up?

The shit is a floating island dessert. How hard is that to say mother fucker? FLOATING ISLAND, I get it, I see floating islands in my toilet every day son, don’t stunt on me with this OEUFS A LA NEIGE shit. Man, I’ma name my next creation the: OEUFS ALL UP IN YOUR EARPIECE BAO. Why you gotta come with all that OEUFS A LA NEIGE like you better than me son? Yo Zakarian, spell szechuan! You can’t mother fucker, cause we switch that shit up on you every ten years once too many white people figure out how to spell szechuan. First we was like, yea son, it’s “Sichuan”. Then were like, peep game, now it’s “Szechuan”. And last week I see some FOB tagging walls, “Fuck you old chink bitches, we on that ZECHUA now!” 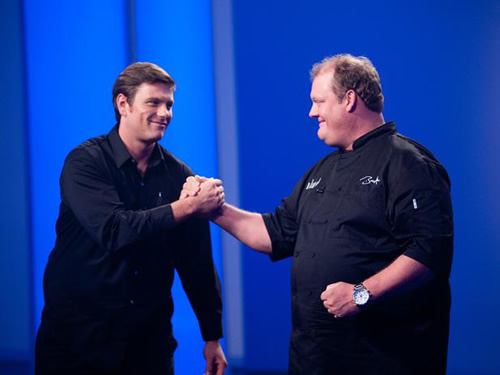 That’s 1400 words... speed recap time. Chuck Hughes and MacMillan had the ill bum fight of the century. McMillan actually said “hopefully my cuisine reigns supreme.” I hope he has a heart attack doing used car ads in Phoenix tomorrow. That dude is super cornholio steez. Hughes dumped fish sauce, sambal, sriracha, limes, and any thing else he could find in the Asian food aisle into a bowl and called it sauce. Then said that the sauce would allow the “sweetness” of the tofu to come through. Simon and Symon thought it was great but the Asian voice of reason, Judge Yoo spoke up and basically told him it tasted like flaming goat shit with a lot of hot sauce and absolutely no sweetness. Alton Brown gets his funny on too: “Chef Hughes decided to put all of Asia in one sauce.” Hughes loses and the worst part is that MacMillan actually thinks he murdered shit when all he did was put togarashi on silken tofu. If you are not Asian, please stop cooking Asian food that tastes like this: 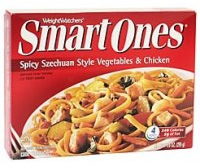 As soon as Hughes lost, this commercial for his Day Off in Mexico show ran as if to say, “If you enjoyed watching this guy suck at cooking, tune into his other show so he can tell you more lies about Mexican food on his day-off at the Taco Party you were not invited to.”