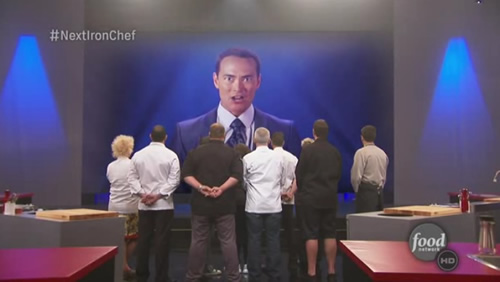 (Note to readers: this review is meant to be read while listening to the Casino Life intro on loop. Motion picture shit, without the music, it's just sounds like some Chinese guy drop change in a wok.)

Wassup mo fuckers? The boy is back. The Sun still rises in the East and geishas still bring green tea and hot towels after you kumquat. But, I wanna know how you been? You look good girl. Oh me? You know, livin' that Casino life spendin' that Random House/Baohaus/Burned your house down cause I was on the insurance money.

Might have seen me drinking that '86 Cristal with my favorite Wine Selektah Mike Madrigale. Might have tried to kill myself watching Sexy Rexy throw 4 INTs against the Iggles. Might have accidentally went outside with flip flops and socks during the Nor'easter last week. Life is good, but I'm still stupid. I heard Brian Lando's gonna green light a new series next year? Iron Chef Super Sex with Brianna Love and Eddie Huang, yea, that's me. On the other hand, this is Spike Mendelsohn? 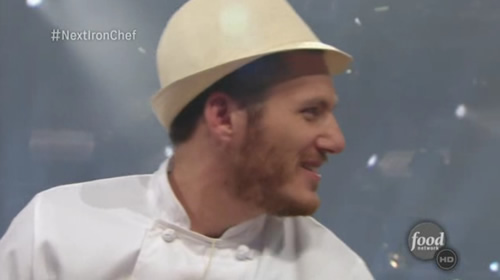 Spike is the Keanu Reeves of the food world. You look at the guy and he has this blank look on his face all the time. At any moment he could take off his Lesbian hat and gaze into Marcus Samuelsson's brown eyes just to say, "Whoa." 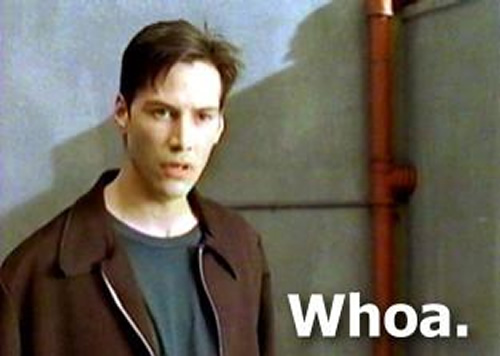 That's basically what he did for an hour on the Next Iron Chef: Super Chefs premiere. If we continue at this rate, Marcus is going to put his yard bird in Chuck Hughes' "Eh? gap". All praise be to Doug Van Sickle aka the dude on my couch for that one. He makin' hit records spillin' Four Loko on my couch all day.

But this show is not just about Spike and the sexiest thing from the Africa-Sweden land bridge since frozen chocolate. Okay, actually it kind of is all about Spike. He said, "I'm constantly pushing the limits as a chef? I have all his (Marcus Samuelsson's) cookbooks at my house." First, I hope you also have the Kung Fu Panda 2 Cookbook. Second, YOU SELL PIZZA AND BURGERS in D.C.! Dude, those people still line up for chili and pay to watch the Redskins! Fuck, that's me g? Anyway, we both sell sandwiches, it's okay. Don't disrespect the people with real restaurants. Let them have the India Arie award, you can have the "I got a lot of cheese award." Danny Meyer selling' EMP and opening Shake Shacks. Mo' money, Mo' Shake Shacks. Hardest White Man above Houston: Danny Meyer, no question.

The other young packagable white boy chef (henceforth known as: lunchables) Food Network put on the show is Chuck Hughes. He looks like Tyler Florence on a skateboard. I'm pretty sure they had a conference call at the studio.
"So, development is telling us that people like skateboards."
"Dude, people have liked skateboards before they disliked Andrew Dice Clay."
"I know, but can we find a skateboarder who can cook?"
"No, but I know skateboarders who can free base."
"Okay, can Chuck Hughes stay on a skateboard long enough for us to shoot him on it?"
"If we put him on a hill in San Francisco, yes, we can get five seconds."
BOOM, next Food Network Star. What does Chuck do on his day-off? Oh, you know, just THRASHING MONTREAL IN A FUCKING V-NECK SWEATER AND MOM JEANS. 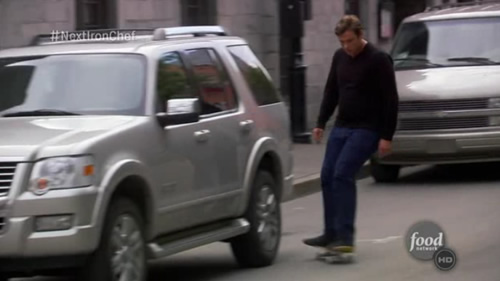 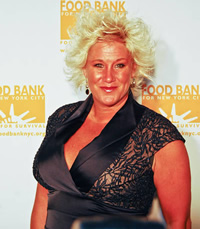 Then there was Anne Burrell. I'm pretty sure the only reason she has a show on Food Network is because she's Guy Fieri's love child.

Yo, I told y'all not to take the foil off this mo-fuckin turkey in the oven. Smart dumb ninjas and shit. Either she's Guy Fieri's love child, or, she's Guy Fieri's side piece (fuck, I just puked in my mouth) and she strongly believes opposites do not attract and posits that if she shadows him he will finally leave his wife for her. Anne, like Sally told Marie, "He's not going to leave his wife." And if y'all ever had kids, you might create a gene that selects for fake bakes and bleached hair in real human beings. Please, jeezy, don't do it.

Robert Irvine aka Jose Canseco with a hotel pan is also on the show. This dude should let ten Gordon Ramsay's bukakke him because were it not for the success of Kitchen Nightmares, he would be at New York Sports Club putting syringes in dude's asses and then saying shit like, "By the way, I also cater." Wassup with that? Every bored person with a desk job is now a caterer by night. I remember the good ol' days when bored, rich people dressed up as Batman and shit. NY just ain't the same? 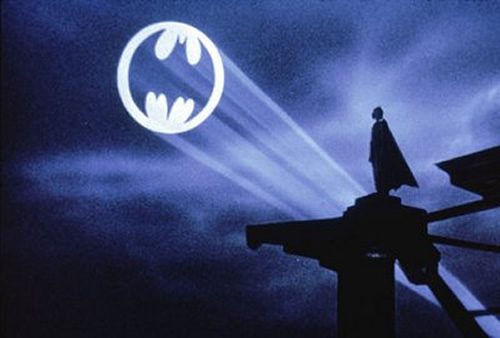 There are other people on the show, but we'll get to them in future weeks. I will say this, I like Chiarello, Zakarian, Hughes when he's not on a skateboard, and oh wait? This one was too good, Elizabeth Falkner thought she was gonna get away this week but I see you girl. Just cause Anne Burrell has worse hair than you doesn't mean I didn't hear you say: "I'm not as loud, I'm not as famous, but the truth is I'm bringing some attitude, I'm bringing some adventure, and I'm bringing some punk rock to this competition." Yo, this is like what ugly chicks write on OK Cupid. "You like that other chick, you don't see me, but it's not because I'm ugly, this is punk rock." No girl, that is about as punk rock as DBGB. BURN IT DOWN. 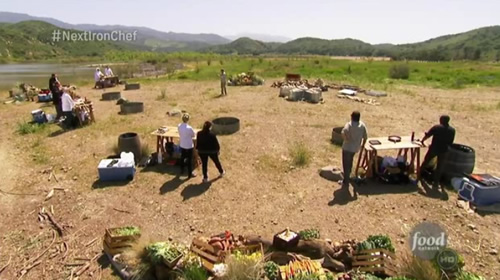 This week's challenge is for them to cook outside with natural heat. It's actually not bad. After having to watch a whole season of Top Chef Masters — where people cooked in RV's — this was cool. Was fun to watch chefs adjust to cooking on direct open flame and you can see it in the style of food. Guarnaschelli and Falkner put together a really dope four-way pork dish (jowl, kidney, some other shit I can't remember). It was very "NY" chef-like behavior, but if it were offered a la carte in an izakaya type setting with cold beer, I'd be all over it.

Also liked Chiarello a lot. He is about his shit, grown-ass man, on this show to do the damn thing. He was the only one to go out in the grass and find things to use like wild mustard. It wasn't in a kitschy way either, they wanted something extra, saw it in the field, and got it. Resourceful, quick, and showed he really knows his shit. Respect. Hughes can cook too and the Montreal steez came out when he scooped brains over pork chops. I fux with Montreal and their use of offal. They aren't doing it to be cool kids, this is how they eat and I appreciate it. When you commit to a style and stick to it in this business, takes a lot of determination cause people are in your ear all the time telling you to jump on that next shit. Glad these guys did the damn thing. 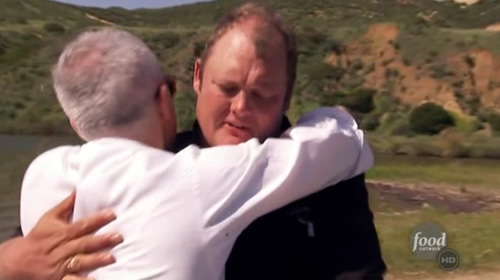 McMillan and Zakarian are good too, especially Zakarian. I have a feeling McMillan was kept in check by Zakarian because anytime McMillan got time in front of a camera he was trying to suck the marrow out of Zakarian through his ass. Easy kid. Zakarian like Chiarello is here to body people. He's also got a nasty streak and I figure once they let all the loud, obvious, "personalities" act like idiots for three episodes, Zakarian will have some funny moments much like Hugh Acheson on Top Chef Masters. One thing this show doesn't have? A Suvir. Someone who is witty, playful, parodies the other people, and can cook. There's no jester? Unless Hughes takes that role. Then again, this was the joke they tag-teamed:

But really, this show was all about Spike and his fever. He LOVES Marcus Samuelsson. When he got first pick at partner, he picked Marcus claiming "I want to keep my strongest competitor close." When they got to cooking, every one had pretty interesting dishes. Nothing was too horrible. Burrell and Irvine had a big piece of pork that had a patch of skin missing, Guarnaschelli burnt a leg, but other than that, no real big mistakes. 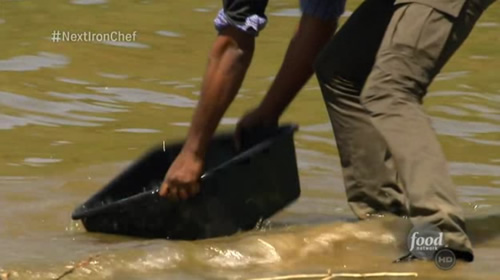 That is until Spike and Marcus got so far up each others' asses thinking they'd be cute and locavore like by using LAKE WATER in their stew. Spike says, "If we could pull this off, we truly are superstars here." Really son? I actually thought about dropping lake water in food when I did that April Fool's restaurant. It's as bad as eating on iPads and having a hydroponic carp farm, but y'all actually thought you were gonna get stickers for using lake water. Luckily, Michael Symon found enough time away from The Chew to come shit all over their lake water stew because I would have thrown my TV out the window if they empowered it. Don't let the Emperor near his new clothes. For their second dish, Marcus/Spike found inspiration in Spike's TGI Friday's cookbook collection and made honey glazed ribs. 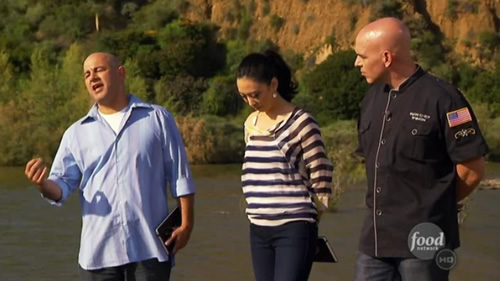 The judges on this show are good, too. There's this bald judge not named Michael Symon who catches a lot of the intricacies and won't agree just to agree with the other judges. Multiple times, the judges looked at him like "that's not in the script!" but he stuck to his guns. There was also Judy Joo who said "I'm looking for 3 things: 1) creativity, 2) presentation, and?" I was really hoping she'd say 3) cock but instead she said 3) flavor? and I'm expecting no less than 12 foodgasms." Yo girl, here comes the hot sauce?

Yea, you know I couldn't do a recap without Killa dog? IN ESPANOL. 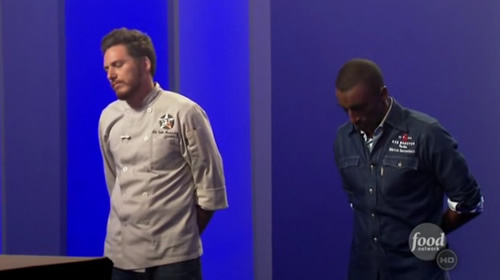 In the end, Spike and Marcus have the worst dish and they have to battle over scallops. Spike loses. Marcus is dramatic and talks about how nervous he was, but you know he just called his PR people and told them that the NAACP would shut down Iron Chef if he lost on the first episode. Every one realized that there was no way in hell he was going home even though Spike made better food. I mean, all three judges openly said they would rather eat Spike's food but that Marcus' food was basically difficult to do. Look, it's difficult to take a shit standing on your head, but at the end of the day, you're just making it really difficult to eat shit. In between, there were commercials for Anne Burrell's new book Cook Like a Rockstar or Guy Fieri with a Smelly Shizz. There were commercials for every one's day off. Alex's Day Off, Chuck's Day Off?

I want to see these shows:
Ron Artest's Day Off
Pimps Up, Forks Down
Hookers at the Point of Service
Delivery Boys of Orange County
Ego Trip Presents: The Mexican Line Cook Show? Winner gets a passport and $12 an hour.