A Look at the Weird Underworld of American Winemaking

Share All sharing options for: A Look at the Weird Underworld of American Winemaking 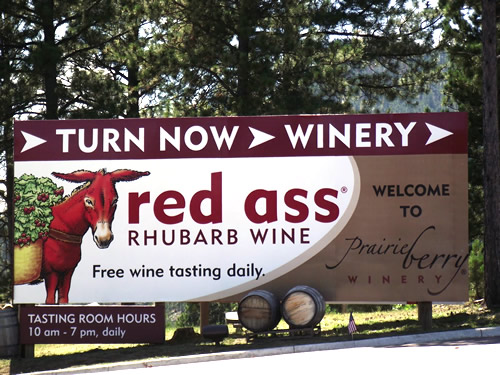 For most, the vision of American winemaking likely begins with Napa and rarely extends beyond the big four winemaking states (California, Washington, Oregon, and New York). But there is a bigger, badder world of American winemaking--one that extends to all 50 states and includes off-the-wall concoctions that challenge the very definition of wine.

Outside of the big four states, fruit invariably becomes a more important part of a winery's offerings, as do native American grapes and French-American hybrids. What we know of European-styled winemaking in Napa or the Willamette Valley, for example, bears very little resemblance to greater American winemaking.

Those who have not consumed a wine from outside the big four, may be horrified by the images and descriptions presented below. These, I assure you, are not dramatizations, but real life American wineries.

For those that have just happened to poke around, an underworld of wacky conglomerations--often fruit-filled and sometimes fortified--reveals itself. Suppressed as this underworld may be by our greater efforts at making European-style wine, it's home to the only truly indigenous wine culture America can claim. In other words, we didn't invent the Bordeaux blend people, we invented the blackberry-cabernet blend. Time to own it. Here, now, a look: 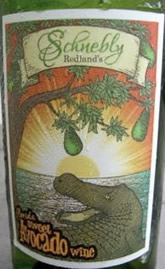 Documented winemaking in Florida dates back to the 16th century when French Huguenot settlers sought to tame the Florida coast's abundant wild vines. Today winemaking is mostly isolated to Central and Northern Florida, but a few do dot the southern tip of the state. Schnebly Winery is one of them. It lies along Florida's historic Redlands Tropical Trail, just 35 miles from Miami. Given the fact that rainforest and winemaking generally don't go hand in hand, Schnebly's has smartly forgone the requisite American cabernet sauvignon experiment and has gone totally tropical instead. Table and sparkling mango, lychee, guava, passion fruit and avocado (?!) wines are the Schnebly claim to fame.

In other news, Schnebly also holds the Guinness World Record for the largest batch of Guacamole ever made (4,114 pounds). 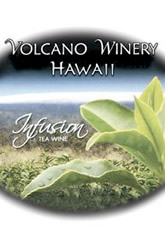 Who doesn't want to taste wine in paradise, especially when it means sipping wines blended with yellow guava and the exotic jaboticaba berry? Here the Symphony grape - a hybrid of Muscat of Alexandria and Grenache Gris - is the star of the dry table wines and acts as a blending base for the tropical fruit wines. Beyond these fruit blends, Volcano winery – which lies 4,000 feet above sea level at the foot of the Big Island's very active Kilauea Volcano - makes a Macadamia nut honey wine and a brand new tea-infused white wine. The rest of the line up includes a few other hybrids like chambourcin and Cayuga white - which are more immune to disease – as well as new experiments with pinot grigio and pinot noir. 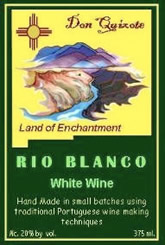 Beyond Don Quixote's entertainingly bad website, lies a cornucopia of different wine projects, which culminates with the Don Quixote Emotions Series, a set of sweet and lightly fortified wines that are meant to "capture the essence of the life we
want to live in fruit and flavors..." Standouts include Cherry Sherry (desire) and Rose Petal Wine (seduction). Located about 35 miles northwest of Santa Fe, the new age spirit of New Mexico is alive and well here. 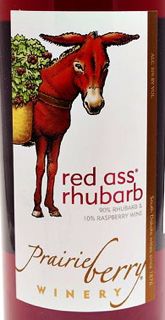 Hill City, South Dakota – Prairie Berry Winery
South Dakota's Prairie Berry Winery is a fifth generation winery that specializes in wine made from grapes, fruits of the prairie, and honey. Their "Red Ass Rhubarb," a semi-sweet wine made from rhubarb and raspberries is a consistent award winner, as is the "Calamity Jane" (sweet Concord grape wine), and "Lawrence Elk "(semi-sweet black currant wine). Outside of the fruit wines there are blends, like the "Pheasant's Reserve," which offers an unlikely combination of cabernet sauvignon and chokecherry, and a few 100% vinifera bottlings, like the enticing "Phat Hogg" Chardonnay.