Chefs and Critics Weigh in on the Relevance of Michelin

Share All sharing options for: Chefs and Critics Weigh in on the Relevance of Michelin

Welcome to Hot Topics, in which Eater invites chefs and critics to chime in on a recent issue in food. 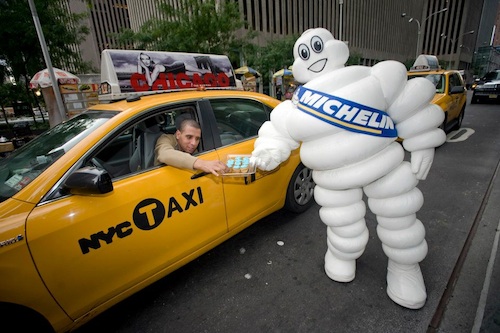 It's the thick of Michelin season: the New York and San Francisco guides have already been released, and the guide for Chicago comes out next month. Those three cities are the only US cities represented by the guide — Los Angeles and Las Vegas versions were around for a bit but have since been dropped. So what effect does the guide have on restaurants, both those that can be rated and those outside the Michelin galaxy?

Below, chefs and critics — including critic Jonathan Kauffman of SF Weekly, Daniel Humm of Eleven Madison Park and April Bloomfield of The Spotted Pig and The Breslin, both in New York, Tyson Cole of Uchi in Austin, Texas, critic Robert Sietsema of the Village Voice and Bill Buszinski of Mr. Rain's Fun House in Baltimore — weigh in on how the stars align. 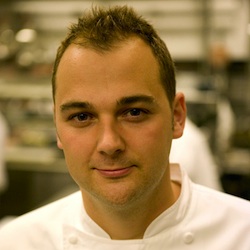 As a European, Michelin matters because it is, from the beginning of your career, what you work for. Growing up in Switzerland, pursuing a career as a chef, I always wanted to work in Michelin-starred restaurants for Michelin-starred chefs in order to learn everything I could from them. Their work ethic, their aesthetic, their endless pursuit of excellence. Michelin, whether you’re in Paris, Tokyo, New York or Barcelona, always means the same thing. Everyone understands what it signifies, what it takes, to have those precious Michelin stars. 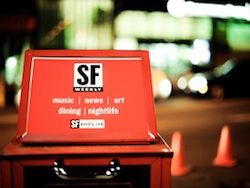 On the whole, I think the Bay Area Michelin Guide has been a force for the good -- for a certain class of restaurants. Otherwise, it's kind of irrelevant.

Both the San Francisco and Los Angeles guides were originally criticized for not getting California's lower-key, informal style of dining. That's still true in SF — the only starred restaurant this year doing simple, classic, California-Mediterranean food is Frances. Others cooking at the same level, like Chez Panisse, Camino, and Range, don't make the cut. People come from all over the world to San Francisco precisely for Cal-Med cuisine. It's what we've been excelling at for 20 years. So I think Michelin demonstrates its irrelevance there.

But in San Francisco, there's an exciting crop of newer restaurants doing intricate, technically complicated food. Michelin has given places like Commis and Saison a huge boost -- both locally and nationally -- by giving them a star or two. The chefs of both those restaurants have ended up in Food & Wine's annual Best New Chefs issue, and I think there's a direct correlation. (Corey Lee of Benu: I'm betting you're next.) 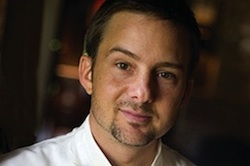 I don't think there's necessarily any negative connotations or affect by not having a Michelin guide here. Austin's an amazing city to be a part of, but it would be nice as far as evolution of the culinary scene here in Austin — and Texas as a whole — to have Michelin consider including us to be in the guides. Obviously everything comes back to budgetary restrictions. If money were no object I'm sure Michelin would review every city; as of now, the only places they've gone in the US are larger markets.

I really believe right now, in almost 2012, if you want the very best food, it's not necessarily happening in the major markets. It's happening outside those cities. I think something that would benefit Michelin is for them to credit that. If you're going to read about the history of the Michelin guide and how it started as a guide to encourage people to check out places in obscure towns in France. Lastly, it's a talking point among chefs and restaurateurs. Of course, we're always comparing each other. To not even be considered for stars because you're not in the right place is obviously frustrating. 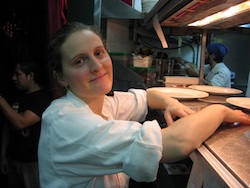 It affects business in a positive way. When the Michelin guide came out in 2005, we got an influx of tourists with guides in hand, so we could see the effects instantly. The people reading the guide use it as a way to gauge what type of establishment they might want to eat in, and they're able to recognize the differences between 1-star, 2-star and 3-star restaurants.

It's a very well-established rating system in Europe that has set standards for many years. It was in full swing by the mid-1900s and Europeans respect the guide because of the system it has created. I think it wavered (in popularity) a little when it was first launched in New York City because of some inconsistency with the rating system. I'm all for the Michelin guide. I think it ignites a burning passion for chefs; those who become obsessed with the lovable Bibendum and all that Michelin represents. 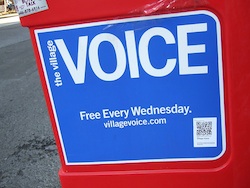 I stand by my rant from the time the guide was first published here. From almost the minute they arrived a couple of years back, the Michelin guides were immediately thought to be incredibly influential, and those restaurants that receive their accolades are very proud of the distinction they confer. We can do our own bad food guides, thank you. I think the guide is way out of touch with New York dining — they simply haven't done their research, and the proof of that is their absurd Bib Gourmand. A random selection of restaurants would have more credibility.
[Photo: akaalias / Flickr] 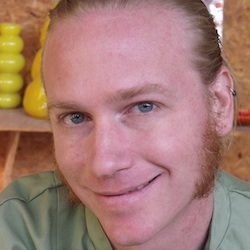 The Michelin Guide immediately lends credibility to the dining scene of the areas represented. Being one of the most respected publications in the industry, it can feel dismissive of regions and cities that have yet to be represented by the guide, as if there aren't unique and great restaurants in the Mid-Atlantic region. In actuality, the Mid-Atlantic is a hotbed of culinary inspiration that in many ways has yet to be discovered.

Reviews greatly affect a restaurant's credibility and ability to make it in a tough industry, and even a mention by a publication as respected as the Michelin guide can be the difference between being profitable or not in a tough economy—with or without earning stars from the Michelin Guide.

I do believe though at the end of the day it is reliant upon the chefs and restaurateurs in a region to believe in what they are doing. Reviews and awards can be great—they can certainly add to an increase in business and give an aura of satisfaction that what we are doing is appreciated—but the reason why I'm in this business is to earn the respect and gratitude of all the guests that come through our doors.