How Important Is Sommelier Certification?

Share All sharing options for: How Important Is Sommelier Certification? 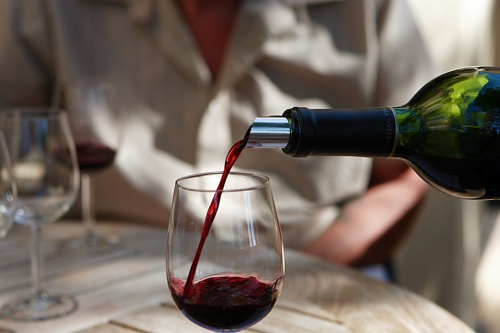 Sometime over the last decade and a half America redefined the role of sommelier, outdoing France – and England – to become the profession's most important steward. No longer was it a role reserved for men donning tastevins and bad attitudes. It's grown to become one of the restaurant's most important positions and with that a generation of sommeliers like Larry Stone and Daniel Johnnes—and on their heels, Robert Bohr, Rajat Parr, Bobby Stuckey, Cat Silirie and so on—were able to professionalize and inspire the diversification of the role beyond the wildest dreams of any aging Paris sommelier.

Naturally, as these sommeliers gained attention, the pool of younger sommeliers looking to follow in their footsteps broadened, and with that came a boom in sommelier certification programs that offered to train them. Many, like the Court of Master Sommeliers, grew up in the 1970s, but not until the 2000s did it, and many of the now dozens of certification organizations, begin to make an indelible mark on the industry.

Now, as yet another generation of new sommeliers comes up, it's high time to wonder just how important certification is and what sort of role it will play in the future. It's a question that's inspired plenty of debate in the wine world, so to help work things out we've asked four sommeliers, two certified and two not, to share their thoughts. 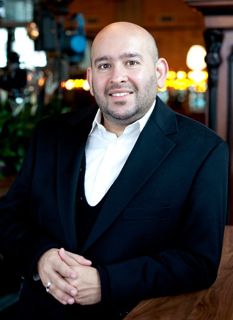 
Raj Parr is widely regarded as one of the best sommeliers in America and easily the one of country’s most revered tasters. He is the current wine director at the Mina Group where he has been responsible for developing wine programs for more than a dozen restaurants. He is also one of the co-founders of Sandhi wines and recently published Secrets of the Sommeliers with Jordan Mackay. In other words, he’s kind of a big deal.

Of the great sommeliers that are profiled in your book, many of them--including yourself--are not certified by any organization. When you were coming up in the 90s was sommelier certification as common as it is now?
No. There were very few sommeliers and we were busy learning and discovering wines rather than competing and studying from books. I spent more time traveling and meeting winemakers and understanding regions than studying flash cards.

Did you, at any point in your career, ever think about going to get certified through one of the many organizations out there?
Yes, I took my entry-level test and wanted to pursue the MS program but got tied up working and traveling. The last 15 years just flew by.

Do you think formal training has had a purely positive effect on the profession or do you see some negatives in encouraging, or requiring, sommeliers to seek certification?
I think the positive is that it increased awareness and knowledge among the community. But the negative is that the young sommeliers never put in real time to understand soil, viticulture, and winemaking. It was all about tasting, service, and theory. There is a lot more to wine than that.

Do you ever take into account whether or not someone has formal training when deciding whether or not to hire him/her?
I look for three things: temperament, time on the floor, and humility. You could have all the wine knowledge but not be good to the guests or peers. 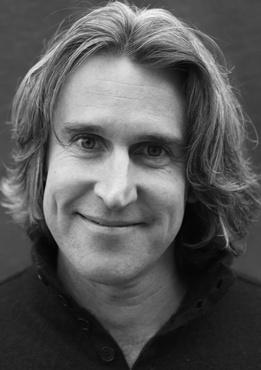 
One of less than 120 Master Sommeliers in America and one of 9 worldwide to pass the Master’s Exam on the very first try, Richard Betts is the poster boy for top-end certification. He is the former wine director at Aspen’s Little Nell, the co-founder of the multi-continent Betts & Scholl winery, along with Scarpetta Wines, and Sombra Mezcal. He is currently at work on his first book, A Scratch & Sniff Guide to Wine Expertise.

What do you say to someone who thinks formal wine training breeds sommeliers that tend toward a very polished, robotic approach to wine?
I would submit myself and my best friend Bobby Stuckey as examples of two people who have gone through the Master Sommelier program and yet have very distinctive and professional styles of wine service. There is really nothing robotic about either. For sure some people may tend towards such but I believe that they would be that way irrespective of training.

Do you think formal training is essential?
Not at all. I do not think there is any one correct answer. Look at Raj Parr, Robert Bohr, Bobby Stuckey and Larry Stone - all some of the greatest sommeliers ever. All individual, knowledgeable, polished, smart and caring sommeliers - two have done formal training and two have not. To me it is all about the individual.

Do you see formal training becoming more or less important as the new generation of sommeliers grows up?
I believe it will become less important over time because we, as a culture, will embrace wine more thoroughly and will have a more fundamental understanding of what good wine service is. Twenty years ago there was a need to get organized, to set a few standards and to give some guidelines. This has been done and while it is still very possible to get lousy service, there is better awareness than ever.

Who/what inspired you to become a sommelier?
I was in graduate school and preparing for law school when I opened a very casual bottle of wine and at the first sniff I had a very specific recollection of a meal with my wife nearly five years earlier. I remembered what she wore, what she ate, where we sat, what the waitress did right and wrong - it was so specific and totally compelling. The next day I described it to Bobby Stuckey and decided that I would forgo law school and jump head-long into food and wine. 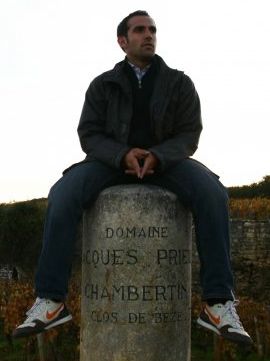 
Over the past couple years Michael Madrigale has secured himself a spot amongst the country’s top sommeliers and has turned Bar Boulud into one of New York’s most beloved wine destinations. His newest program, at Boulud Sud takes a break from the classics of the northern Rhone and Burgundy to showcase the oft-ignored wines of the Languedoc, Rousillon, Provence and the further flung regions flanking the Mediterranean Sea.

Since I know you're a straight shooter let's get to the point: Is sommelier certification bullshit?
No, definitely not. That's like saying college is bullshit or that your neighbors' religion is the wrong one. It depends on the person. Personally, I’ve never considered it, as I’m not a fan of learning—in essence—agriculture in a classroom setting.

You didn't go to through any formal training, but you're one of the country's top sommeliers. How did you learn the ropes?
I didn’t go to class, I went to wine. The first time I tasted Burgundy my body became warm. It was magic and I remember feeling like I was let in on one of life’s great secrets. I was 23 and soon quit my marketing job and starting working in wine. Everything in my life soon revolved around the pursuit of wine knowledge. Read tons of books, moved to France to make wine, traveled throughout Europe’s great wine regions on a bicycle borrowed from a friend. It was the experience and putting the wines in context of the wine regions, winemakers, soils, etc that taught me how to be a sommelier.

What's that special quality that a sommelier must have that something like the certification process can't teach?
Passion and charm. At the end of the day we are in the service industry. Table 23 doesn’t give a fuck that you list the wine regions of Moldova in alphabetical order. They just want a nice wine with their meal and don’t want to be sneered at if they choose a carafe of Pinot Grigio or a Zima on the rocks. You have to attend to their interests first.

You've trained a lot of sommeliers, some of them came to you after going through formal training. Is there anything that you have to encourage them to learn or unlearn?
Not really. Somms with formal training actually have a good base of knowledge that help them work the floor with a general ease. I try to show them to have more fun on the floor with guests?and, most importantly I force them to unlearn the way to tie a double-windsor knot.

Region you're most excited about right now?
Just got back from Alsace last week. Incredible region. Very undervalued. 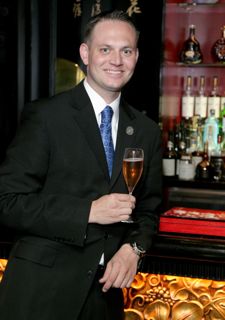 
Candian-born Harley Carbery came to Joel Rubuchon Las Vegas via the Fairmont Hotels in Canada and Wildflower Restaurant in Whistler. After discovering wine while working at Wildflower, Carbery enrolled in the ISG in the hopes of moving forward with a career in wine and eventually landed the gig as Wine Director at the much-lauded and very expensive Joel Robuchon in Las Vegas.

There are plenty of very successful sommeliers in this country that have no formal training, what made you decide to get certified?
Being a sommelier has many different connotations. I felt that taking some formal training through a well known program could only help me achieve the base knowledge and experience I needed to pursue a career as a sommelier.

How important is certification in your own mind?
Very important to a point. Just because you have a certain level of certification doesn’t mean you are a good sommelier. Experience with knowledge is much more important.

Do you think it will be more or less important as the new generation if sommeliers comes up and why?
It will be more important, it gives people something to show they have achieved. It is also what many of my peers focus on. Everyone wants to reach that next level of certification.

What did you learn through ISG that you don't think you would have been able to develop on your own?
My blind tasting skills. From the introductory course you are exposed to wines you may have never had and learn to analyze them.

Region that got you into wine?
Bordeaux. I was lucky enough to taste a 1982 Chateau Lafite-Rothschild and a 1982 Chateau Ducru-Beaucaillou on the same night while I was in Whistler. It was then that I said to myself that I wanted to do this for a living.