The 'Floating Factor': Five Bottles With Something Extra

Share All sharing options for: The 'Floating Factor': Five Bottles With Something Extra

Marketing is key in booze. Everything from bottle shape to influencer campaigns orient spirits in our minds as desirable (or undesirable) objects to be downed, regardless of taste. Consider Bombay Sapphire's iconic blue bottle or Puff Daddy pimping Ciroc. This is not to say all consumers are undiscerning, but rather that imagery and suggestion play a larger part that usual in choosing a spirit as "my brand."

One irresistible marketing tactic is the "floating factor," or adding a roaming bit of something into packaging to create anticipation about when it will be caught or consumed. Below, five bottles that have a little something extra.

Remember Orbitz, the "texturally enhanced alternative beverage" whose edible balls suspended tasted like flavored mattress stuffing? I begged my mom to buy the stuff by the case. It didn't matter that it didn't taste good. Those floating Orbitz were mesmerizing. Chalk it up to nostalgia, but most of us can't resist the promise of a kitschy trinket hidden within a Cracker Jack box. Digging through a cereal box for the collector cards? Priceless. Goldschlager, a cinnamon liqueur containing tiny, shiny gold flakes, is the equivalent of grown-up float factor. Real Gold! In your martini glass! Oh, but there's more. In the spirit of all things creepy as Halloween season closes in, from high brow to low, weird to wild, file these bottles under bizarre. 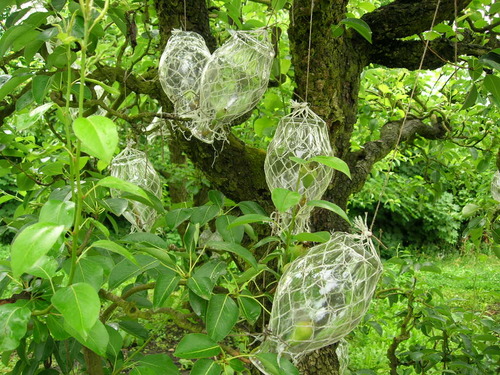 Poire Williams: At the fancy end of added value is an eau de vie made from the Williams pear, also known as the Bartlett. Not all, but many Poire Williams brands contain an entire pear bouncing about the bottom. Pear orchards attach empty bottles to pear trees where baby fruit buds are captured within the bottle destined to fully develop and drown in pear brandy.

Asian Cobra Whiskey: The extreme version of the worm in the mezcal bottle (also pure marketing, and the origin of confused lore about worms in tequila). Start with one baby cobra. Place in a bottle of whiskey. Let steep with Chinese roots and herbs over the course of several months. Voila! Aphrodisiac/cure-all in a bottle. There are also versions made with rice wine, grass snakes, California King snakes, geckos and scorpions. Take your pick. 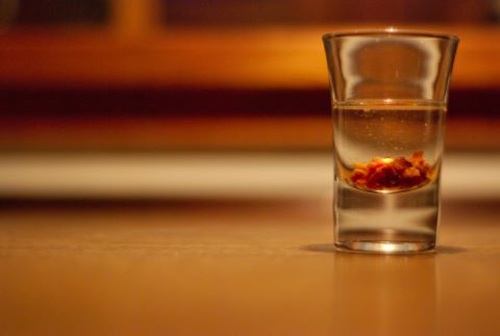 Bacon Vodka: Remember when we overdosed on bacon, with bacon-offs and cupcakes and early onset high blood pressure? That's when Bakon Vodka made sure it was official. Though there isn't actually bacon in the bottle, plenty of home-infusers throw the slab right in to steep. Fat washing and meat infused spirits are nothing new to the cocktail world as Eben Freeman and Don Lee of the New York cocktail scene demonstrated during their time with Tailor and PDT, respectively. 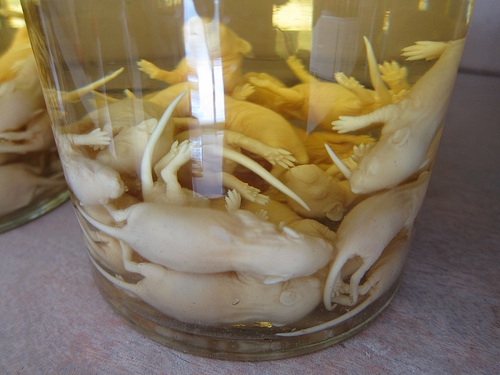 Baby Mice Wine: Truly one of the ickier finds, baby mice infused rice wine from Korea infuses the hairless creatures to create a tincture with similar claims as the Cobra Whiskey. Cures everything. Except nausea upon consumption. 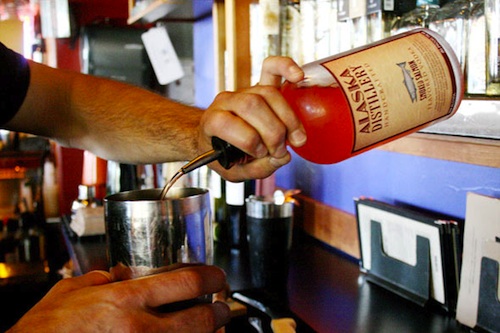 Smoked Salmon Vodka: Jumping on the meaty vodka bandwagon, Alaska Distillery thought it might be brilliant to just add salmon. Should you need your hair of the dog and lox in one go, just toss it in a Bloody Mary and garnish with toasty bagel crumbs.

Leslie Pariseau is a writer in New York City. She has been known to dip her French fries in milkshakes, which is nearly as despicable as salmon vodka.