The Chefs From Cochon 555 NYC Are Ready to Throw Down

Share All sharing options for: The Chefs From Cochon 555 NYC Are Ready to Throw Down

This Sunday, January 23rd, the third US tour of Cochon 555 — a competition wherein five chefs prepare five heritage pigs, pairing them with five local wines — kicks off in New York City. Eater will feature live exclusive coverage of the competition; tickets to the event are $125. Here now, a video produced by the fine people at Zero Point Zero featuring the contenders and their pigs: 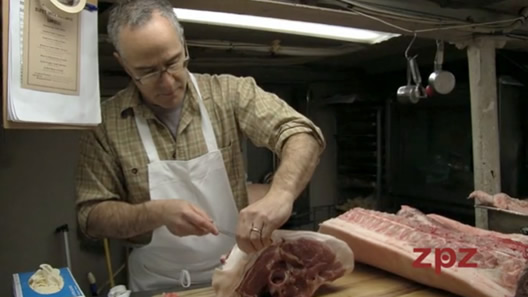 In yesterday's Cochon 555 video, the chefs talked some major smack. In the video below, chefs Peter Hoffman (Savoy), Brad Farmerie (Public), George Mendes (Aldea), Sean Rembold (Marlow & Sons), and Bill Telepan (Telepan) reveal some of their techniques and plans for their pig on Sunday's big competition at The Lighthouse at Chelsea Piers. Some are even threatening porky cocktails!

Video: The Chefs From Cochon 555 NYC: Ready to Throw Down