Scotch Whisky in a Can Contains Eight Shots of Liquor

Share All sharing options for: Scotch Whisky in a Can Contains Eight Shots of Liquor 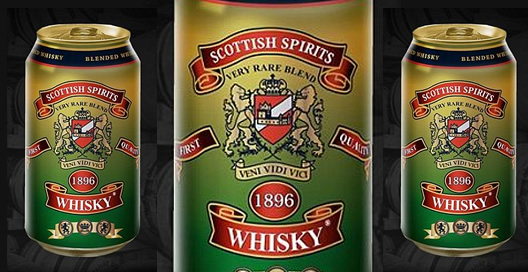 A Panama-based liquor company is producing whisky in a can. The company, Scottish Spirits, is the first to put straight whisky in a can, and it's being promoted as an option for outdoor venues, as it's light-weight and recyclable. Also because people at outdoor venues want to drink lots of whisky?

Scottish Spirits suggests splitting it between three people, because it's the size of a regular beer can. Seriously: it's twelve ounces, or eight shots worth of whisky. Which is a lot for a container that's not resealable.

· Scottish Whisky the Way South Americans Like It [Daily Mail]
· All Novelty Beverage Coverage on Eater [-E-]
Whisky in a Can. [Photo: Scottish Spirits]