Next week, on Sunday, January 23rd, the third US tour of Cochon 555 — a competition wherein five chefs prepare five heritage pigs, pairing them with five local wines — kicks off in New York City. Eater will feature live exclusive coverage of the competition; tickets to the event are $125. Here now, to get us started, meat purveyor Pat LaFrieda on the chefs and their breeds: 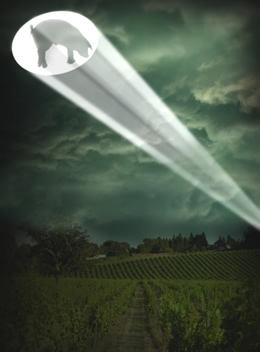 You'd think that after spending 60 hours a week in a 35-degree meat locker I'd get my fill of pork products. But no, next Sunday, January 23 I'm judging the Cochon 555, along with many esteemed colleagues. Although I think there is one misprint in the program. They've listed Josh Ozersky as a judge, when he should have been listed as one of the heritage breeds. I can imagine many chefs would be in line to cook him, but good luck in the final product.

Anyway, this porkapallooza pits five New York City chefs against each other in an epic whole heritage hog cooking competition in which just one chef goes home victorious. Who will be crowned prince of pork? Let's take a look at the contestants:

1) Bill Telepan of Telepan will be tackling a Mangalista from Mosefund farm
2) Sean Rembold of Marlow & Sons - a Duroc/Landrace from Fleisher’s Grass Fed-Meats?
3) George Mendes of Aldea - an Old Spot from Flying Pigs Farm?
4) Peter Hoffman of Savoy - a Berkshire from Newman Farms Berkshire?
5) Brad Farmerie of Public - a Red Wattle from Heritage Foods USA

Good luck to all five chefs that are participating, for they will all need it. If any one of these breeds was fool-proof, every pork farmer would be raising that particular breed. Instead, every breed has its own characteristics and limitations. It will be the challenge of each chef and their team to dazzle us with the positive characteristics and shield us from the negative. I’ll see you all there with my bib on.

— Pat LaFrieda is the meat purveyor to top-tier restaurants in NYC and beyond.