Rachael Ray Almost Shoots Herself With a Nail Gun

Share All sharing options for: Rachael Ray Almost Shoots Herself With a Nail Gun 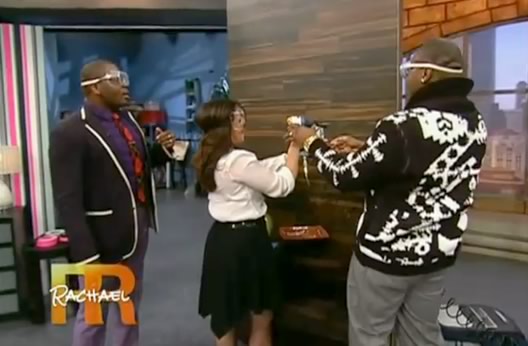 On Monday on the Rachael Ray Show, twin interior designers Teman and Teran Evans had a segment with Rachael Ray in which they showed off some fancy DIY home ideas, one of which involved using a nail gun to affix wood to a wall.

After joking to her that she should "make sure it's aimed at the wall and not at the show host," they handed Ray the nail gun backwards. The front of the nail gun (the part that shoots out nails) was instead aimed at her head and the audience, and her furtive attempts to fire nails were luckily unsuccessful. "Is it backwards?" asked Ray. Yes, yes it was.

Some nail guns won't fire unless the tip is pressed directly against a surface, but some do. Can you imagine a world without Rachael Ray? No 30-minute meals, no Yummo, no EVOO, no Burger Bash? What a cold and dreary place that might be.