Share All sharing options for: The Contestants on Top Chef All-Stars Season 8, Revealed! 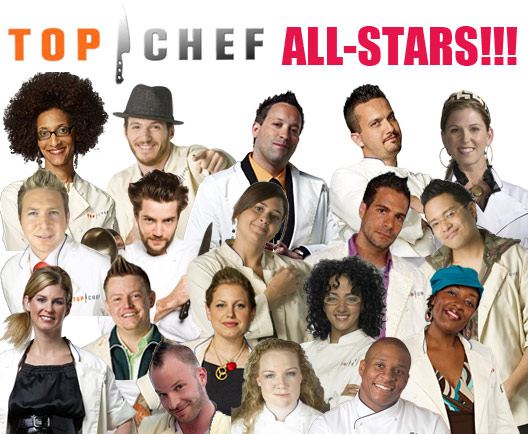 After weeks and weeks of rumors of a Top Chef All-Star edition shooting in New York City, earlier today Bravo finally admitted to its existence (including Anthony Bourdain as alternating judge). And tonight, during the season seven reunion, the contestants of Top Chef All-Stars were revealed! They are:

All the Contestants on Top Chef All-Stars

Video of the Announcement

Top Chef All-Stars premieres December 1st. Phew! The upcoming season will be pretty epic. Who are your favorites? Who's missing? Who do you think will win?