Share All sharing options for: The Eater Fall 2010 Cookbook and Food Book Preview

Ah, fall: the air turns crisp, the leaves change colors, students head back to school, and publishers kill untold numbers of trees in order to drop a metric ton of cookbooks in stores, hoping you will be tempted to wrap one up and stick it under a tree come the holidays. This year is no exception, and there's plenty to be tempted by. We've rounded up as many as we could find, and singled out a few we're particularly excited about.

Big name chefs will roll out glossy doorstops as usual; René Redzepi's Noma is a particularly enticing addition to this category. Look out for Colman Andrews' biography of Ferran Adrià, an appearance from beyond the grave by Julia Child with a collection of letters, and Mark Bittman taking a stab at healthy and sustainable cooking.

As for trends? Follow-ups to last year's big books like Baked Explorations, Southern cookbooks, and lots of single-subject books on meat. Also of potential interest: Film critic Roger Ebert's rice cooker cookbook. And if you can't decide, Amanda Hesser's The Essential New York Times Cookbook probably has just enough of everything to keep you happy. 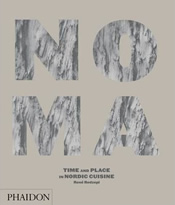 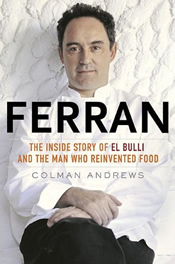 Ferran: The Inside Story of El Bulli and the Man Who Reinvented Food by Colman Andrews
Much hyped as the first biography of the famous Spanish chef of El Bulli, Ferran will be a nerdy culinary head-trip: that is, our kind of book. Despite the fact that Ferran Adrià churns out plenty of text on himself, having an outsider examine an area of cuisine that few of us will ever experience can only improve the field professionally — and increase our jealousy of those who have gotten to eat Adrià's food.
(Gotham: October 7th; Preorder at Amazon 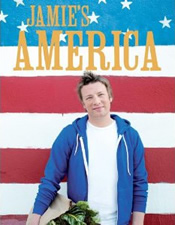 Jamie's America: Easy Twists on Great American Classics, and More by Jamie Oliver
Just in case Jamie Oliver's Food Revolution had led you to think the British chef only had bad things to say how Americans eat, here comes his exploration of the creative, delicious side of our cuisine. Following his travels throughout the US, Jamie's America will be interesting for its outsider perspective and Oliver's passion for eating well.
(Hyperion: October 5, 2010; Preorder at Amazon 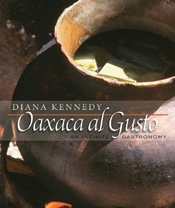 Oaxaca al Gusto: An Infinite Gastronomy by Diana Kennedy
Diana Kennedy is one of the last great, old school 20th century food writers still working. The expert on Mexican cuisine turns her attention to the state of Oaxaca this time, and explores a diverse cuisine that revolves around the three pillars of chiles, chocolate and corn. Yes, please.
(University of Texas Press: September 15th; Preorder at Amazon

Keys to Good Cooking: A Guide to Making the Best of Foods and Recipes by Harold McGee
Where On Food and Cooking explored the history and science of food, Keys to Good Cooking will offer Harold McGee's methodical approach to more practical matters. Offering tips on how to spot faulty recipes as well as safety tips and general rules of cooking, this could be an invaluable companion to your cookbook collection.
(Penguin: October 28; Preorder at Amazon 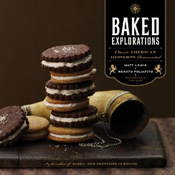 Baked Explorations: Classic American Desserts Reinvented by Matt Lewis and Renato Poliafito
We'd be excited about any sequel to last year's Baked, the quirky cookbook based on the authors' Brooklyn bakery. We're pretty sure we'd get Baked Exploration without having seen its predecessor, though. Containing 75 twists on classic American desserts — and let's be honest, people go nuts for that kind of thing — it will be a great read not only for its content but also as the inspiration to invent your own crazy treats.
(Stewart, Tabori & Chang: October 1; Preorder at Amazon 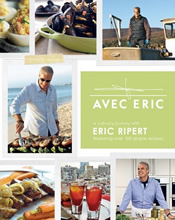 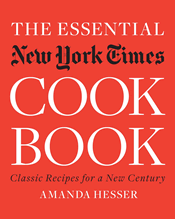 The Essential New York Times Cookbook: Classic Recipes for a New Century by Amanda Hesser
This book, if nothing else, will be an archival gem: food writer Amanda Hesser went through the backlog of New York Times recipes (which goes back 150 years) and updated over a thousand of them. It sounds like it has the potential to be one of the rare cookbooks that will satisfy a wide variety abilities and interest levels.
(Norton: October 25, Preorder at Amazon 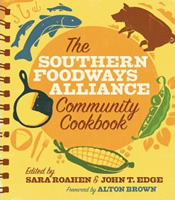 The Southern Foodways Alliance Community Cookbook edited by Sara Roahen and John T. Edge: Last year was glutted with books on Southern cuisine, and this year promises to be no different. So why are we excited about yet another Southern cookbook? By sourcing recipes from spiral-bound community cookbooks and then testing and adapting them for modern kitchens, this collection of recipes has the potential to become the standard reference on the topic. Add to that the research power of the Southern Foodways Alliance and its director John T. Edge, and this book could be unstoppable.
(University of Georgia Press: October 1. Preorder at Amazon 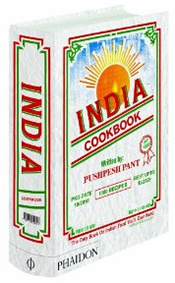 India: The Cookbook by Pushpesh Pant: Indian cuisine is getting the big, heavy Phaidon treatment in this volume by Indian cookbook author Pushpesh Pant. With over a thousand recipes from all over India, we're hoping this will be a nice compliment to Phaidon's lovely but honestly rather European stable of cookbooks.
(Phaidon: October 27; Preorder at Amazon 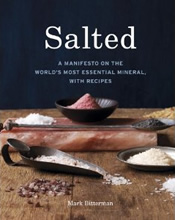 Salted: A Manifesto on the World's Most Essential Mineral, with Recipes by Mark Bitterman
If only because Bitterman seems to know a good deal more about salt than we were aware there was to know about it, this book could be a fascinating read. A "selmelier" at Portland, Oregon gourmet specialty store The Meadow, Bitterman just really wants you to care more about salt. The book contains recipes, history, and a guide to artisanal salts.
(Ten Speed: October 12; Preorder at Amazon 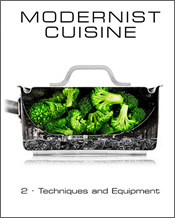 Modernist Cuisine: The Art and Science of Cooking Nathan Myhrvold, Chris Young, and Maxime Bilet
A staff of twenty has been working on this epic undertaking for years, and it comes with a $625 price tag to match. Modernist Cuisine will either be an unparalleled, invaluable documentation of the process of molecular gastronomy or a huge loss on what was already a big gamble. From the looks of what we've seen so far, we're going with the former.
(The Cooking Lab: December 1; Preorder at Amazon 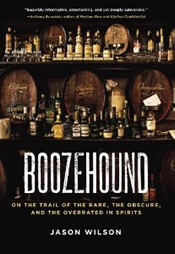 Boozehound: On the Trail of the Rare, the Obscure, and the Overrated in Spirits by Jason Wilson: Jason Wilson, the spirits columnist for The Washington Post, is funny, smart, and just irreverent and critical enough that you trust every word he writes. And he likes the sauce? Sounds like our kind of writer. Boozehound follows Wilson on liquor-related travels around the world.
(Ten Speed: September 21; Preorder at Amazon

This list is extensive, but not exhaustive. Did we miss anything? Let us know in the comments.