Homovore: One Who Eats Locally-Grown Food and Is Also Gay

Share All sharing options for: Homovore: One Who Eats Locally-Grown Food and Is Also Gay

Definition: One who eats foods grown locally whenever possible and is also gay. The term was coined in response to the now famous cover of Edible South Florida which featured Dr. Richard Campbell, renowned mango expert, nude and smiling in a bathtub filled with mangoes.

Controversy: Both gays and locavores have been accused of elitism. Homovores, it follows, will be doubly accused. Also, there may be some tension between homovores and brocavores but hopefully we live in times when the two can harvest from the same plot.

Etymology: Locavore was the OED word of the year back in 2007. Homosexual, used to describe a person, was the word of the year in 1869 when it was coined by Hungarian psychologist Karl-Maria Kertbeny. There was some initial discussion that homovore could be used to mean people who eat homosexuals, (like Armin Meiwes). I suppose it still could, if the homosexual being eaten was locally grown. But ambiguity has always been a part of language. Ambiguity, in fact, is not an oversight; it has oversight. 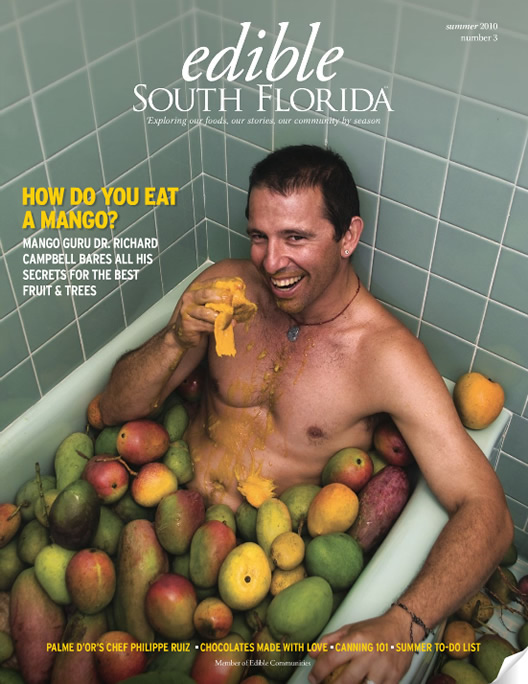