Eater's live coverage of the Top Chef Masters Season 2 Finale starts now! The last three chefs standing out of a field of twenty-four are Susur Lee, record holder of the highest ever elimination challenge score in Top Chef Masters history; Rick Moonen, who has the most wins under his belt in the Champion's round; and Marcus Samuelsson, who swept last week's semi-finals. You can read our last minute predictions or go forward at your spoiler-laden peril.

09:58 Apparently Marcus's cable is down and he can't watch the finale at home. Ooops!

10:01 p.m. It's the Rick retrospective: he's gone from crashing out in the first round in the first season to this season's finals. 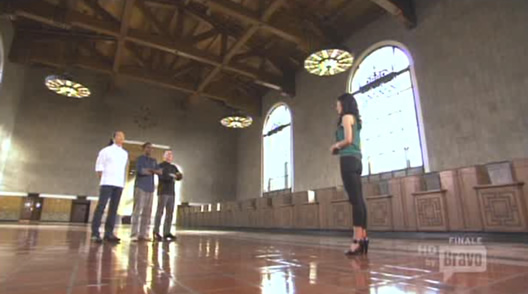 10:02 p.m. They've just pulled up to Union Station in LA. It's beautiful! Pity the trains in the US suck.

10:04 p.m. Susur retrospective—snippet of a Jonathan Waxman interview calling him the Willie Mays of cooking.

10:05 p.m. Kelly: 1st dish = 1st food memory, 2nd dish = dish that made you want to be a chef, 3rd is the dish that describes you as a chef. Will be joined by Tom Colicchio, Hubert Keller and Rick Bayless. 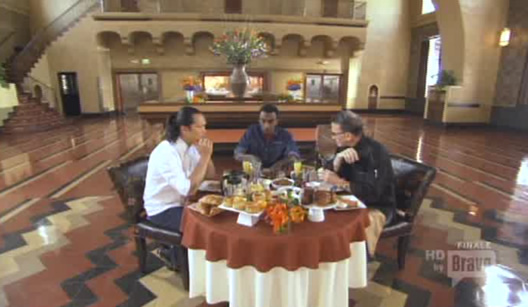 10:06 p.m. They're having breakfast and we get... Marcus origin story AGAIN! Rick origin story! I didn't know his dad was from Holland. 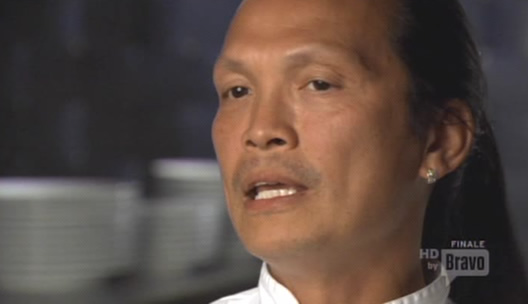 10:09 p.m. Rick talking about Susur being his biggest competition, an enigma, no hesitation. Predicts it'll come down to the two of them. 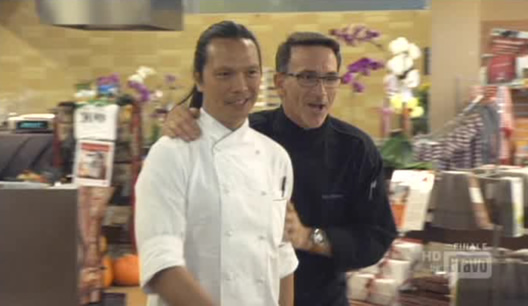 "Now you're getting the anger!"

10:10 p.m. Marcus is making duck because of his grandmother and gets in a plug for D'Artagnan. Shill!

10:12 p.m. Susur is talking about his first wife dying in a plane shot down over Russian airspace. Oh man. 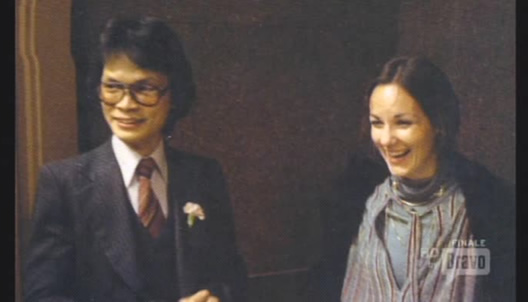 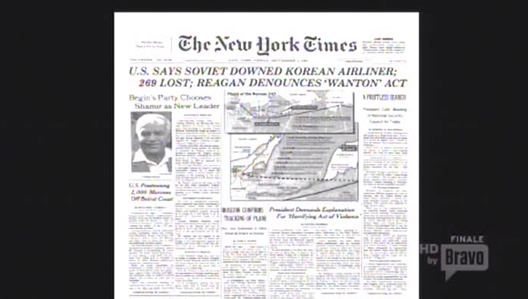 10:16 p.m. Marcus's cable is back up. Why is he watching at home instead of throwing a party? Are the spoilers wrong about him winning?

10:18 p.m. And it's the bullshit surprise we've already seen in the previews—they're surprised with chefs, but instead of it being eliminated contestants like usual, it's their sous chefs. What a cop out, producers! So corny. 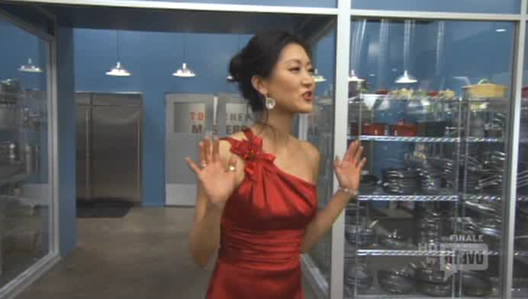 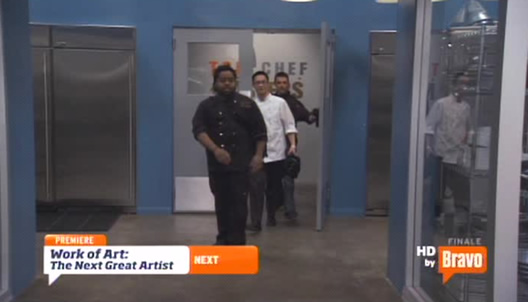 10:20 p.m. Susur is talking about his family—his second wife is white and so his kids are mixed. Yay, hapas!

10:21 p.m. Marcus talks about the importance of bringing water to African villages, which is what the charity he's competing for is doing. 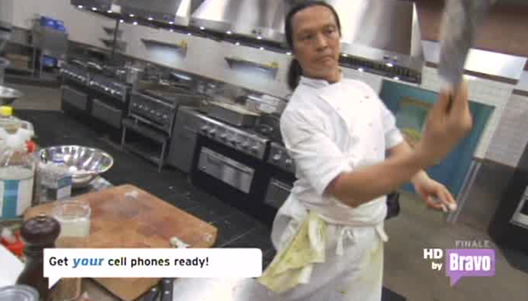 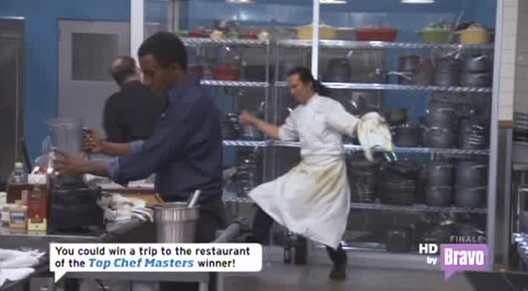 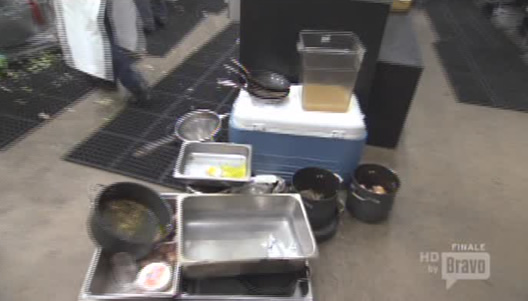 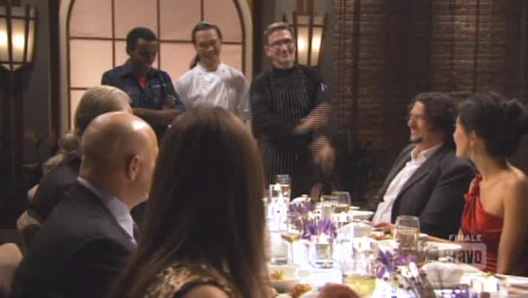 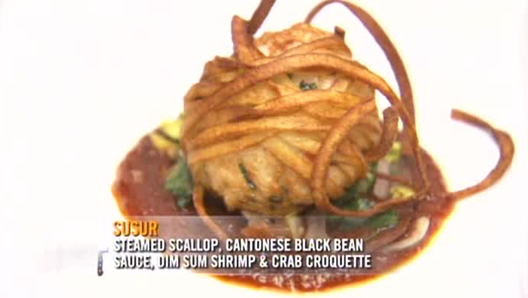 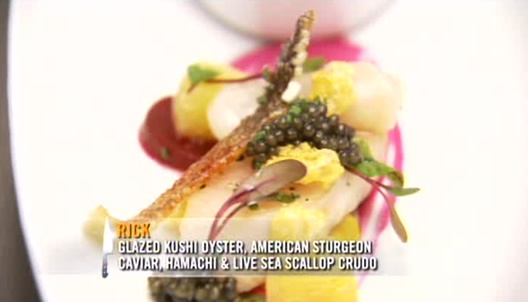 10:28 p.m. Rick and Susur got good reviews but the music got all serious when Marcus's dish came out and they raved. HMMM. Also I just noticed: each chef's sous is of the same ethnicity as them. What's that about? 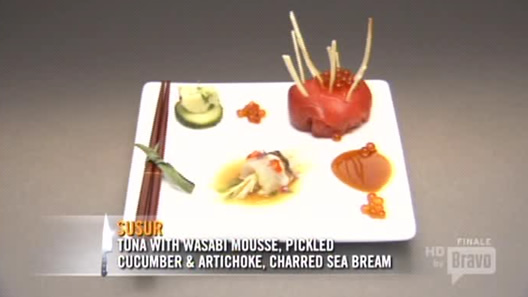 10:31 p.m. Judges are blown away by Marcus's food—how'd he do that? Colicchio is wondering why Susur's food is not as precise as usual.

10:33 p.m. Everyone's impressed by Susur's dish, some of them are weirded out by Marcus's ("A bit odd in its texture."), Rick's is like "cheating on himself." 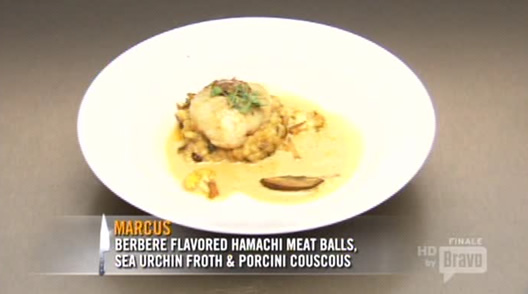 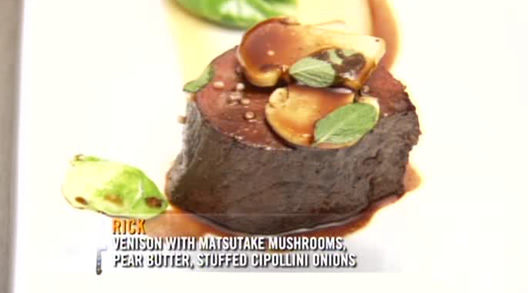 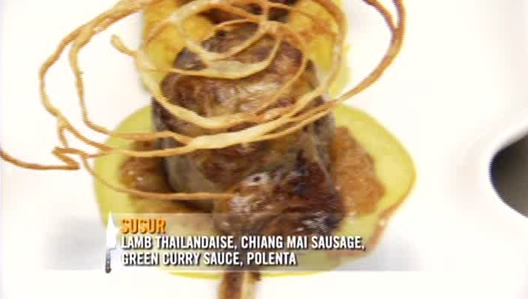 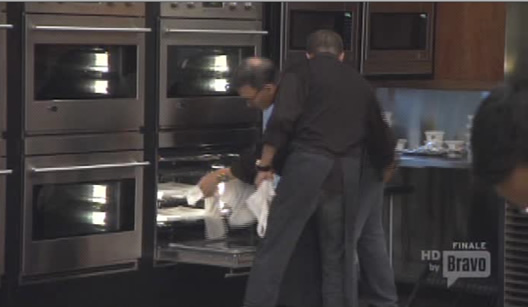 10:39 p.m. It's the funny ha-ha bit! Everyone is joking around in the kitchen after service and Susur and Rick basically love fest each other.

Rick on Susur: "Susur's a gentleman with a great exuberance, it's actually a pleasure to be competing with him in the same kitchen." 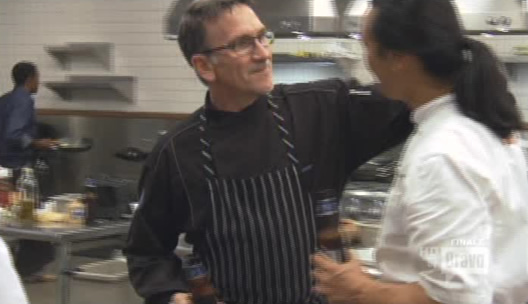 Note that no one ever talks about Marcus being fun... because he's not! Dullest contestant of the season.

10:42 p.m. They're drinking Sam Adams with the labels off! And Fiji Water—you know, the worst water. So bad for the environment! But as my friend points out, they did have the reusable bags at Whole Foods. Balances out?

10:43 p.m. Jay reminds the chefs they'll only be judging them on today's dishes. Rick's oyster was perfect. Susur painted something on the shell! Over-achiever! Gael says Marcus's dish wowed her.

10:45 p.m. They're talking smack about the fish Susur plated; he agrees it could've been smaller. Everyone was blown away by Marcus's flan and wants to know how he did it. 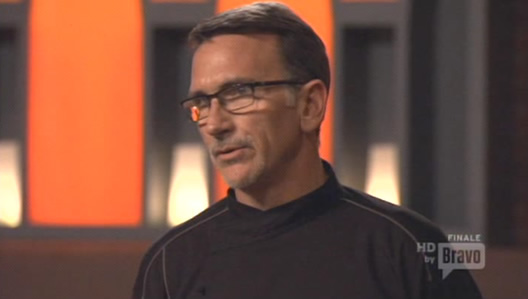 10:46 p.m. James didn't like Susur's polenta but Jay did. James talks about how Marcus's food fell apart, Marcus explains that African food can seem weird because people aren't used to it.

10:49 p.m. Jay: "Their great dishes were beyond anything we've had this season." Calls Rick's oyster "the best I've ever had." 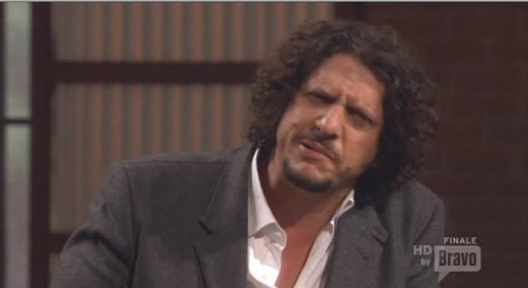 10:50 p.m. Gael on Susur's third course: "tastes I've had before and he reinvented them for tonight." James didn't think Marcus's worked. Gael argues that it's great Marcus refuses to compromise what he cooked—but wtf, he's cooking for white people! And it's not like he hasn't pandered to the judges at all this season? So, you know, I call bullshit. 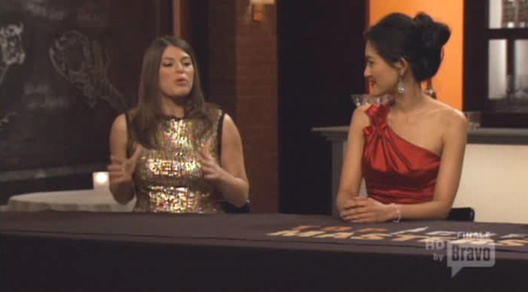 10:53 p.m. My editor would like you to look at this screenshot of Jay Rayner's weird tongue thing: 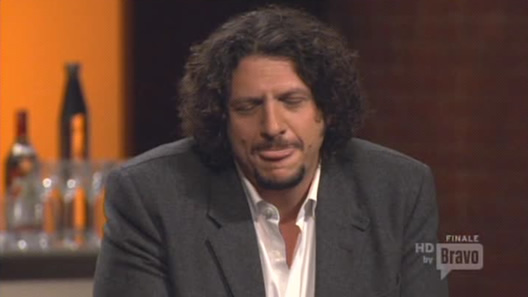 10:55 p.m. 47% of Bravo's voters have voted for Susur! Pretty landslide. Will they all be really pissed if he doesn't win? 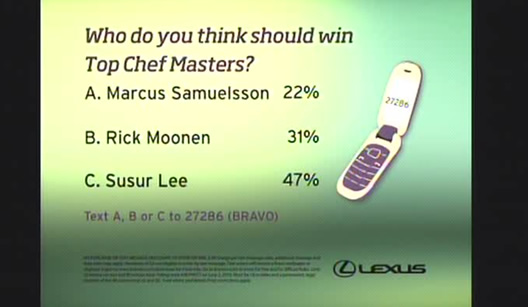 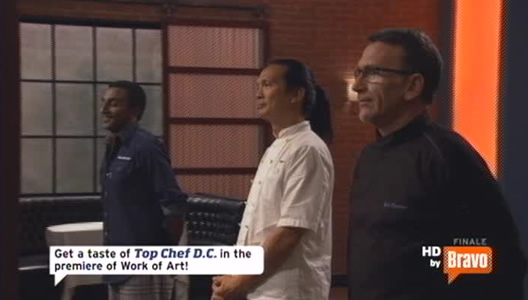 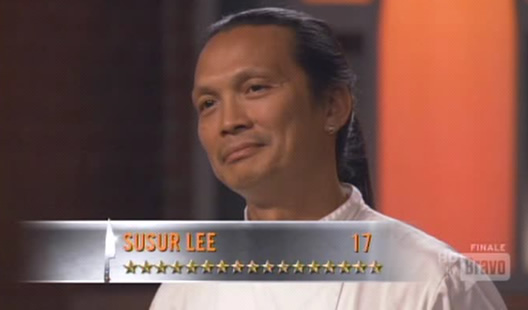 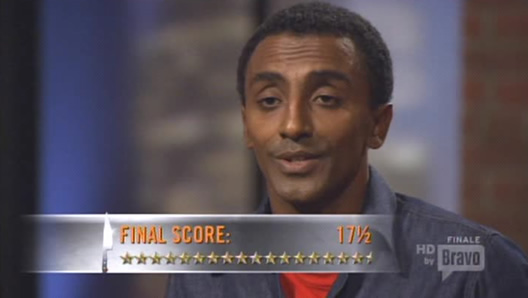 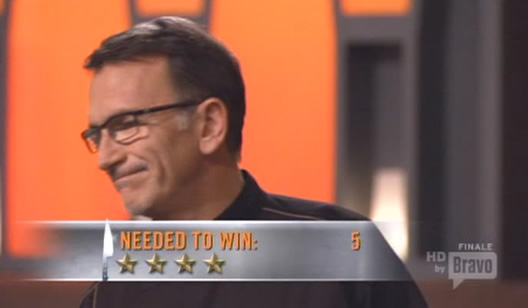 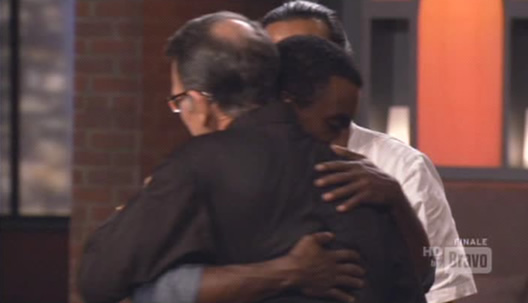