On Season 2 Episode 9 of Top Chef Masters: We learn who doesn't watch any reality shows, who makes a dish that Gael Greene would've probably enjoyed had she been around, and who can't balance a budget. This week's contestants are Susur Lee, Rick Moonen, Marcus Samuelsson and Jonathan Waxman.

Jonathan says, "Four dudes left. It's kind of impressive and kind of scary at the same time." And perhaps dull, now that Susan Feniger's not around to be cheery and funny? All four chefs have cookbooks and they're displayed on a table. Rick is pleased to note his is the only one without his face on the cover. I wish he was talking about the crazy insane awesome cover of Susur's book, with his hair blowing out behind him like whoa. 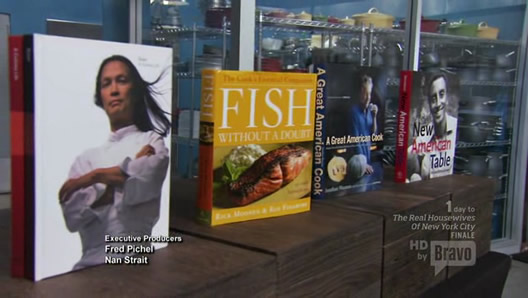 Kelly tells the chefs to pair up on their own and we get the following duos: Jonathan and Marcus, Rick and Susur. They think they're meant to cook together but instead they're doing a cookbook swap; each chef is cooking a recipe from the other's cookbook. The lame thing is they don't even get to pick which recipe to do—the recipes are chosen for them, with the ingredients provided in a box. Rick is nervous about recreating one of Susur's complex dishes; Susur is complaining because the recipe he got doesn't have any photographs and he "cooks with his eyes." But does that really matter? He says, "I don't read English very well. So I didn't look at the method, how he made. I look at ingredients. That made sense to me."

Halfway through their cooking time, Kelly comes back in and changes things around—this is a challenge from Season 5, and they've now got to change their dish into a soup while still retaining its integrity. Susur is happy because he has a chance to do his own thing, Marcus is pissed off, and Rick is totally caught in the headlights. 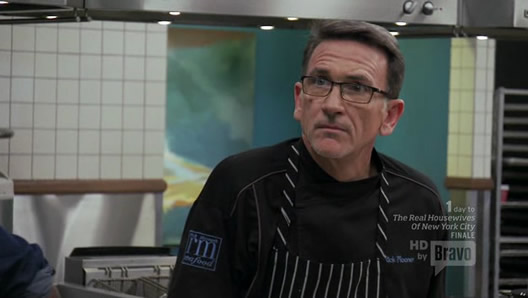 Susur first compliments Rick on the recipe from his book, and then on the dish he's actually making. He says, "That looks good, Rick. That's it. That's the right smell." Rick is naturally freaked out because "Susur doesn't go around handing out kudos in the middle of competition." 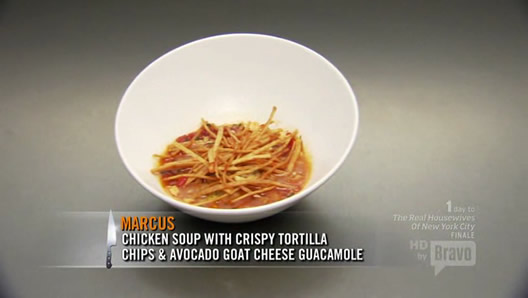 Marcus wins his first Quickfire challenge, which is also the last of the season; Susur has won a lot of eliminations, and has the Top Chef Masters all-time high score, but has never won a Quickfire. This is the first time all season that he hasn't looked absolutely livid at a loss; is it because he wasn't cooking something completely of his own creation?

Kelly tells them they have the day off and are going to go see famed LA improv troupe The Groundlings! And they believe her! Clearly they don't know understand how reality tv works. Jonathan has been placing in the bottom half the last few episodes and looking rather tired, so it's not surprising he says, "It's really fun! But what I'm most happy about is that we're not cooking—and THAT is a big relief." All the chefs are wearing civvies and it's kind of weird to see them in anything other than chef's coats, but interesting how perfectly what they've chosen to wear on an off day represents them: Susur's dressed for an important lunch meeting and Jonathan's in shorts! 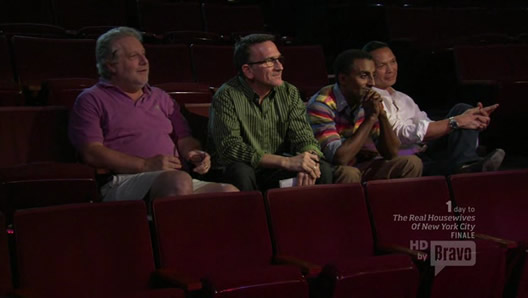 But they're all having fun watching improv until a whiteboard comes out and some words start getting thrown around that seem awfully suspicious: 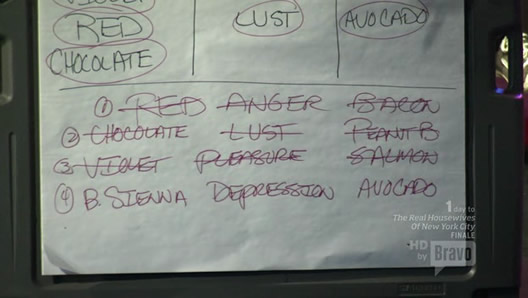 Each chef has to make a dish inspired by three word groupings: a color, a feeling, and an ingredient. Marcus gets to choose first and picks the grouping with salmon; Jonathan, at last place, is stuck with the least desirable of the bunch. He says, "I get depression, avocado, and burnt sienna, which is a little annoying—'cause what are you gonna do, make food that's depressing and disgusting?" He's not excited about this challenge, and as we've seen all season, things don't go well for Jonathan when he's not excited. Susur, on the other hand, is looking at the bigger picture: "I want to do my very best to help Andre Agassi fund raise for education. To win the hundred thousand dollars, that is my job, that is my duty. So I am very focused on what I have to do to make it to the finals." Serious chef is serious... except when he's making a lusty chocolate peanut butter dessert that looks like ladyparts (see video here)? And then he's positively elated: 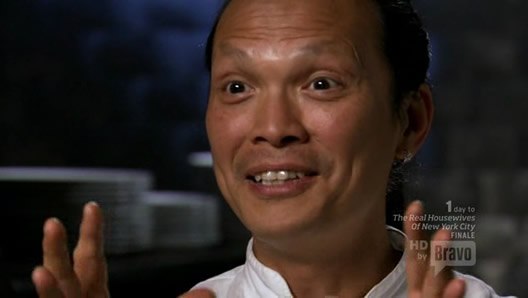 Susur is clearly inspired by the improv and is letting loose. He says, "It has to appear with that kind of sexiness about it. You know, I shaped that chocolate crumble like an underwear and then butter cookie toile... looks like a vagina! You have to have humor, same as improv." 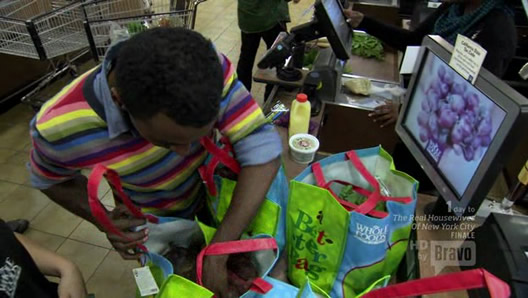 Marcus can't stay within his shopping budget! As Jonathan says, "that kid cannot add up in his head." He always has to remove stuff at the register, but Jonathan and Rick apparently just let him piggyback on their budgets if they have money left over. Rick says, "I don't want to know I beat you because, haha, you couldn't buy an ingredient." You wonder for a second if Marcus would do the same if roles were reversed. I wouldn't put money on it happening! Marcus wants to win, not be nice. 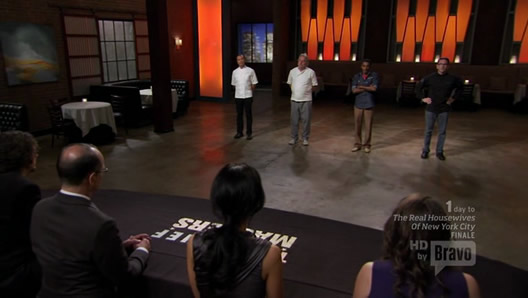 Rick gets called out for his pork roulade seeming undercooked. Jay asks Marcus, who is vocally proud of his Jackson Pollock-ish plating, if "the word "enough" ever came into your head?" Then Jay asks Jonathan if he thinks his roast chicken was complex enough for this stage in the competition—which is pretty much the same criticism lobbed at Susan last week for her kaya toast sandwich. Gail calls Jonathan the best chicken roaster in the country, and is happy to see some signs of immaturity indulged by the usually dour Susur, who does a great job of articulating why he chose elements of his dish.

Marcus Samuelsson wins! He advances to the finals along with Susur Lee and Rick Moonen. Jonathan Waxman is out.