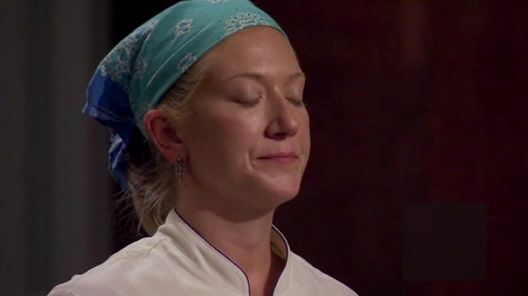 Are you drunk, Jacqueline?
Well, wunt U B 2!

Are you speaking in text? How do you even do that?
The same way I got sent home instead of Herpsichord: Black magic.

Oh. Yeah, that seemed strange. She served kids chicken thighs braised in sherry. You’re puddin’ had some sugar in it.
R U Cummin On 2 Me?

Not even a little bit.
Yeah, I think you’re right, you know. What’s amazing to me is that the dish that sent me home was flawed due to budgetary restrictions whereas her dish was, from its very inception, inappropriate. My dish was — though full of sugar — actually a viable dish one could serve in a public school. Herpsichord fucking cooked her motherfucking thighs in a fucking alcohol, which I’m pretty sure, you wouldn’t even be able to bring onto school property. What’s more, that I needed to add so much sugar was a direct result of Herpsichord’s idiot insistence on getting cooking Sherry. Remember when she was running down the aisles of Restaurant Depot yelling “alcohol, where’s the alcohol”?

Yup. It reminds me of your parents’ divorce when you were like 18 and then you had to be a parent figure.
R U mokkin’ me?

Kind of. I don’t understand what your parents’ divorce has to do with anything. Why even bring it up?
What you don’t understand about those talking head bits is they throw you in there with a psychotherapist, an interrotron and a fifth of Johnny Walker. And so yeah, some shit comes out. Some deep shit. But fuck it. I don’t expect you to like my pudding because my dad is a piece of shit.

How does it feel to be the second one kicked off the island, after Na’vi John?
I mean, clearly I’m ashamed and embarrassed and I wish it had gone differently. On the other hand, I’m pretty sure that unless I went the distance the value I get from having been on Top Chef at all even if I did exit after the second episode is about the same as if I made it a couple more episodes. Furthermore, I’m relieved that I exited with dignity. Having seen what had already begun to happen — the rapid erosion of human decency, crummines, scheming, drunkenness — I’m sure it would only have gotten worse. It’s not worth it to me to be made a fool of. $125,000 can’t buy one back one’s dignity.