Highlights from the Great American Food and Music Fest

Share All sharing options for: Highlights from the Great American Food and Music Fest 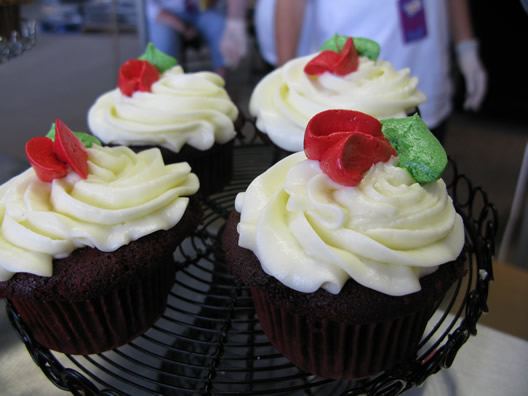 Our unexpected highlights at The Great American Food and Music Fest both stemmed from cake — and I didn’t see this coming. We ate some really fantastic food: a scallop Po' Boy from All Star Sandwich Bar, a perfectly seasoned and wonderfully creamy sausage from Southside Market & Barbeque, and an ethereal churro from Goldie’s Churros in Los Angeles — but it was a cupcake that stopped the day for me. 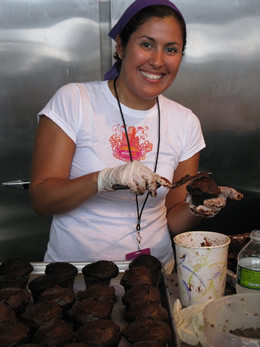 A few months ago I declared cupcakes officially “dead to me.” They have been talked about too much; most of them are too precious, too sweet, too something. It took a chance encounter yesterday to wipe all of that away and make me consider resurrecting the cupcake.

The shift in my stance comes at the hands of Zoe's Cupcake Café of Teaneck NJ. What initially attracted me was the signage detailing Zoe’s mission: as a non-profit organization their income goes to a shelter for pregnant teens and teenage mothers. They also function as a training environment for the young mothers. 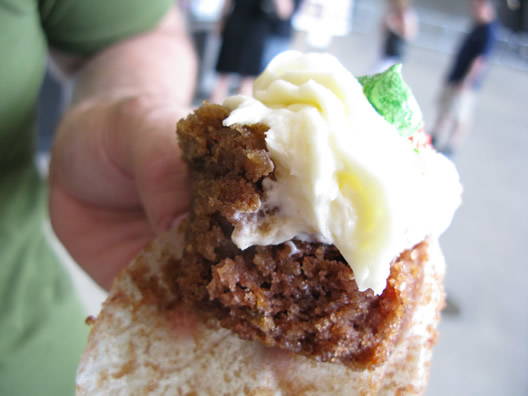 It all sounds excellent — baking and nurturing do go hand-in-hand — but what puts the whole thing over the top is the product. The cupcakes were substantial but not heavy, and well constructed without being precious. I had a carrot cupcake that bowled me over. I’d never say “this is perfect,” but I’ll tell you- I wouldn’t change a thing about what I ate.

Our other lasting impression comes courtesy of Charm City Cakes. As the rain held us prisoner we shared lunch with four of the (bakers? Decorators? Cast members?) and we were quite taken by them.

I like watching Ace of Cakes. It’s not so much a food show, really, and I don’t think it should be taken as such. I think that this show has been waiting to happen since Rudolph (yes, the red-nosed reindeer) visited the Island of Misfit Toys. Imagine Duff as Rudolph, and Geof as Hermey (the elf who wants to be a dentist). I’m not stretching things that far, am I?

Ace of Cakes skirts the boundaries of reality TV, a genre that can be quite putrid, and does it with class — Thus Bryan and I were quite pleased to interact with the (bakers? Decorators? Cast members?) and find them to be exactly the charming and intelligent people we’ve been chuckling at on TV. It also pleased us that they liked to eat! Their backstage area had a deli-platter, but we knew how to get the good stuff. I set them up with the scallop po boys we’d enjoyed earlier (I had some nachos from Neely’s BBQ, Bryan ate a Hell Burger from Hell's Kitchen, both rated a "so-so") and they made short order of the sandwiches. Much, much fun. 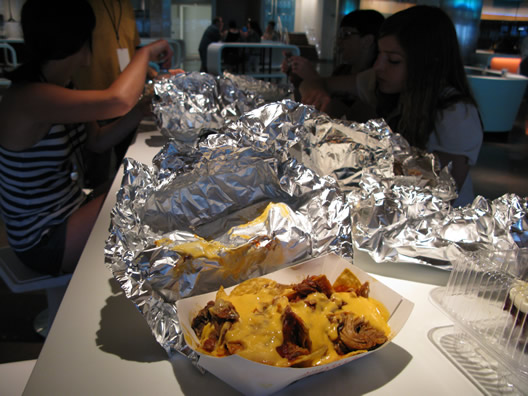