A Report From the Great American Food and Music Fest

Share All sharing options for: A Report From the Great American Food and Music Fest

Yesterday Bryan and I checked out The Great American Food and Music Fest. Held at Meadowlands Stadium in New Jersey, the day promised a gut- and ear-busting day of Americana. BBQ! Booze! Bands! Crowds!

Well, no crowds — attendance was shockingly low. We were a little puzzled by this; the ticket prices weren’t particularly high, and the vendor lineup was certainly interesting. There were so few attendees that it’s impossible to profile the folks that did show. Were all of the eaters over at the Big Apple BBQ in New York City?

The setting couldn’t have helped — the Meadowlands complex is a poor stand-in for a festival that would have been better served at a fairground, and the specter of the decaying Giants Stadium loomed over as we ate. The weather was also a big bummer — warm and humid at best, and pouring rain at worst. The day came to a grinding halt when lightning moved into the area, forcing both stage and vendor areas to shut down for about an hour.

The food? We found some wonderful stuff. Vendors ranged from the most personal endeavors (Zoe’s Cupcakes, more on them in another post) to the mega-franchised (Pizzeria Uno). The biggest distraction? Quite a few were there to sell their brands, not their food. See the following shirt, and I think you’ll understand the modus operandi of many attending restaurants: 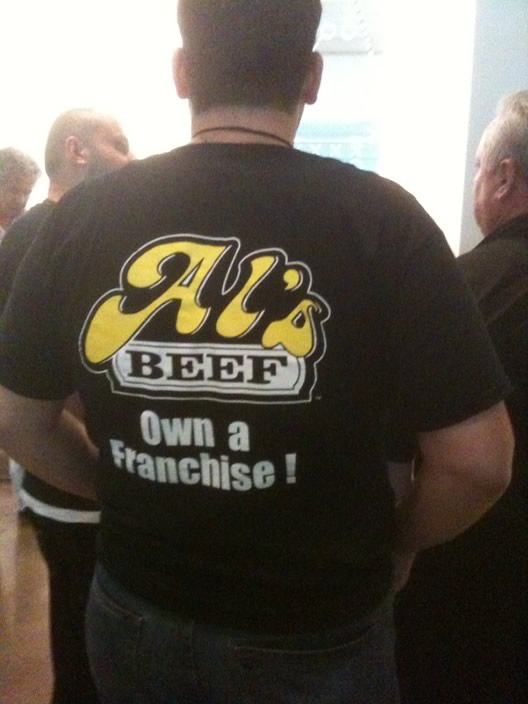 Likewise, most of the celebuchefs were onstage selling their shows, not giving any sort of legitimate demo — but I think that’s pretty typical. We enjoyed The Neelys, Duff Goldman, and Paula Deen for their incredible displays of charisma, and so did the audience. Did anyone learn a thing? Nah, but that wasn’t the point. The only act that we saw demonstrating anything was Eepybird, the dudes who make crazy fountains with Diet Coke and Mentos. I’ll be honest: When I saw them on the line-up I dismissed them, but their show turned out to be one of the brighter points. 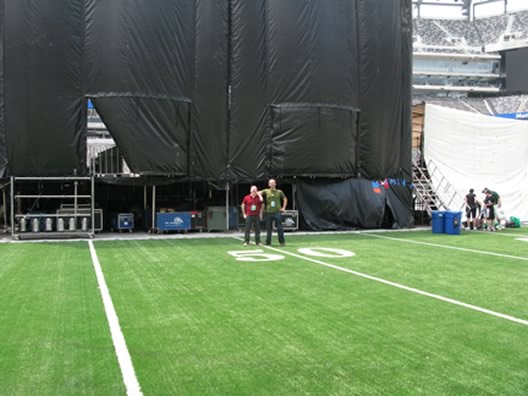 All of this considered, somehow we had a great time. What made the day? Probably two things: getting our photo taken on the 50-yard line of a deserted stadium and cake. Our lasting memories of the day will surely be of the cake-bakers that we met, and I’ll be telling you about that in an upcoming post.