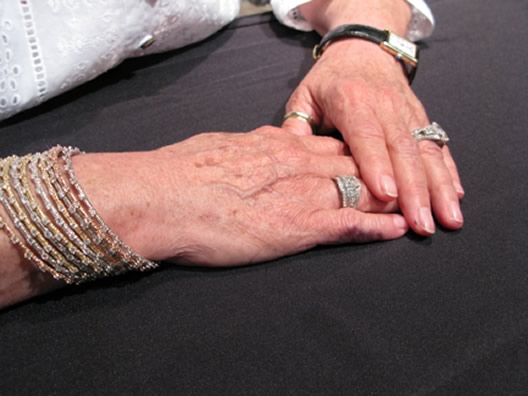 As I mentioned in my intial recap, mid-afternoon torrential rain brought yesterday’s Great American Food and Music Fest to a grinding halt. With the stage vacated and the vending areas closed, Bryan and I retreated to a press holding area and went to work on the complimentary beer. This great hardship was endured next to the “meet-and-greet” area, and presented an excellent opportunity to chat up the celebrities was dropped into our laps.

Chefs' hands do fascinate me. With my weird occupation as an ice cream truck man, I’ve come to appreciate the abuse that hands can see when subjected to culinary work. After grinding Malden sea salt between my fingers for hours at a time, day after day, I’ve worn my fingerprints off. I’ve also mangled a few fingernails trying to get my truck’s diesel generator going. Indeed — let’s see the hands of celebrity chefs!

First up: Paula Deen. Paula’s jewelry has been the subject of media fodder, her maid stole a good chunk of it and then tried to pawn it. We steered away from the theft, and I asked Paula, “If you had to give up cooking or jewelry, which would you choose?” I knew fully well that the answer would have to be jewelry, though I wonder if she was shooting straight with me.

Paula waxed sentimental about her jewelry, and we really enjoyed what she had to say. Much of it was designed by her husband, Michael Anthony Groover, and he told us stories about both of the diamond rings that you see here. The watch, from Cartier, was borrowed; Ms. Deen’s thumb ring was her father’s wedding band. 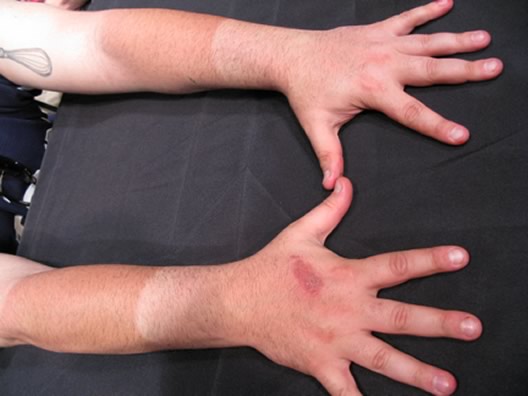 The hands of Duff Goldman. [Photo: Bryan Petroff for Eater]

Next we met Duff Goldman. I was sure that the rather nasty burn on his mitt would have come from an oven rack, but I was wrong- it was from his motorcycle. 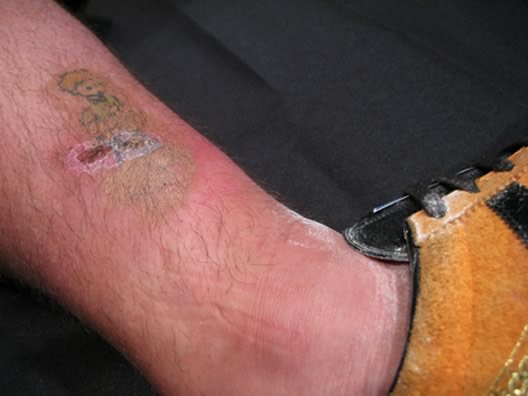 Duff was quite a sport, and wanted to share an additional motorcycle burn with us. 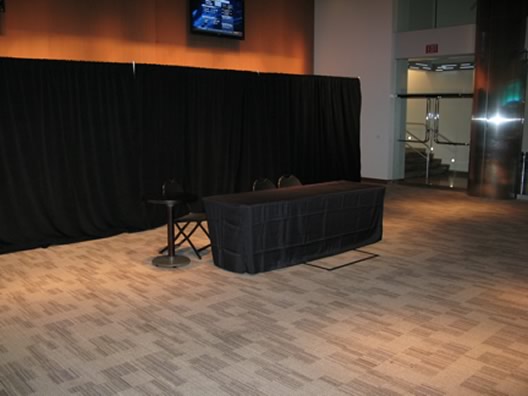 Tom Colicchio’s meet-and-greet was a bit of a dud. Here’s a photo of the excitement. 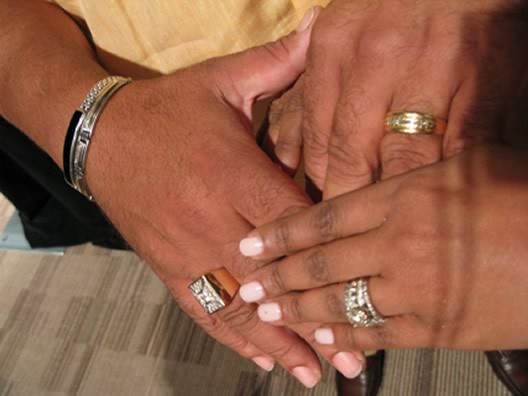 The hands of Pat and Gina Neely. [Photo: Bryan Petroff for Eater]

And then the The Neelys. They were absolutely happy to hand-model, though Gina was horrified at her lack of bling; she buried her one ringless hand. Ms. Neely was covered in a gold dust powder that you can’t really see in the photo.

It was good fun to talk to these chefs about the most important tools in their trade; we purposefully didn’t ask horror stories (“what was your worst injury incurred by? A mandolin?) because I get a weak stomach after too much beer and BBQ. The next time I’m with a group of chefs I’ll ask what footwear they choose for standing endlessly in the kitchen; I’m almost ready to cash in my sneakers for Batali-style crocs. Fashion be damned!