On Season 2, Episode 5 of Top Chef Masters, we learn which chef is the most daring risk-taker, which chef is the zen master, and which chef is not kidding around. This week's contestants are Jody Adams, Susan Feniger, Carmen Gonzalez, Susur Lee, Tony Mantuano, Rick Moonen, Marcus Samuelsson, and Jonathan Waxman. 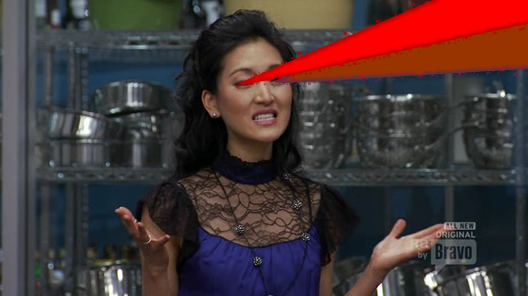 Marcus starts things out strong: "To be on Top Chef Masters is kind of like the World Cup: people come from different backgrounds but nobody remembers who won the Quarter. So I have to win this one." So much hubris before we've even started means Marcus has either won this episode or done extremely poorly, and I'm betting on extremely poorly because it's more dramatic. It's the tag team cook off from Season 6: one dish per team, cooking one at a time for ten minutes, no speaking to teammates and you're blindfolded till your turn comes up. Blue Team: Susan, Jody, Rick & Jonathan; Red Team: Susur, Tony, Marcus & Carmen.

Susan and Tony are starters for their respective teams, so they get to choose ingredients and prepare the mise en place; they both pick seafood figuring it's the protein their teammates will do best with. Jody and Carmen start applying heat, and then Susur and Rick jump in to start giving things a definite direction, both choosing to go with a broth. Jonathan is claustrophobic and has been freaking out the entire time under the blindfold, but when Marcus and his turn comes to finish the dishes, he takes his time figuring things out and as Rick predicts, has his classic Waxman moment: furrowed brow and frown suddenly turning into a beatific smile. 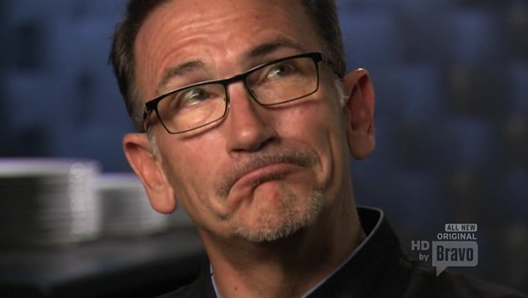 The Red Team has made a pan seared bass & prosciutto, with truffle spiced shellfish broth, which gets 4 stars from the judges; the Blue Team's mussel & scallop stew with orange & fennel receives 4 1/2 stars from the judges and they win the challenge, splitting $10,000 between their four charities. Marcus is clearly upset, as is Susur: "Now I'm pissed. Now I have to kick it up quite a few notches." 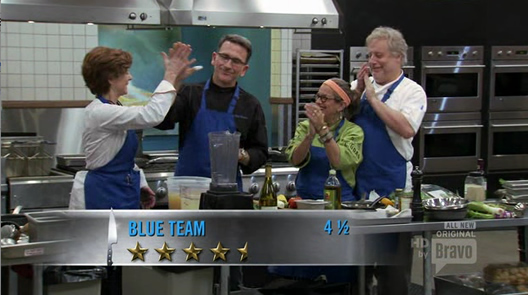 It's wedding wars, a Season 4 challenge: they're staying in teams and have twelve hours over two days to prepare food for 150 guests. And if that wasn't bad enough, they also have to do a wedding cake. Susan says, "All of us are totally disappointed that we have to think about a wedding cake. The idea of it is just miserable." And oh, the look on Rick's face! 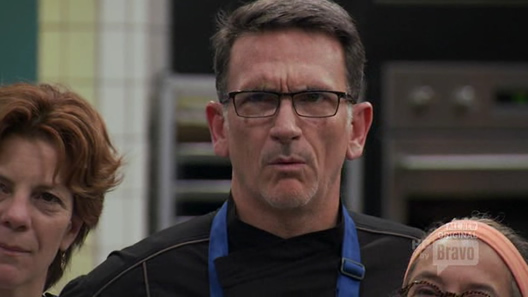 The couple comes in to talk to the chefs about their tastes; Elizabeth the bride loves French and Asian food while Aaron the groom is a self-described steak and potatoes guy, so we can just go ahead, forget his last name, and replace it with BORING. The Blue Team gets to pick whose tastes they cook for and it's no surprise that they choose the bride. Marcus is clearly not paying attention because he suggests, of all things, foie gras to Mr Boring, who of course immediately shoots it down and then proceeds to stomp all over Carmen's heart by declaring they can't do pork because he's Jewish. They ask him about dessert, he blurts "carrot cake!" and the Red Team looks defeated, realizing Mr Boring's sad, unadventurous palate may well cock-block their way victory. 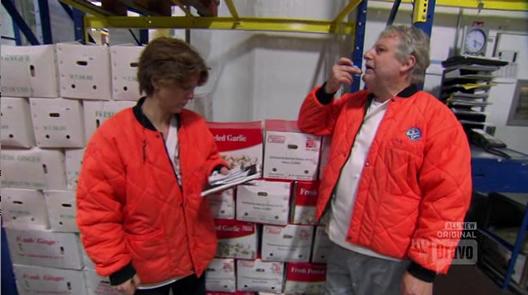 The bride doesn't eat shellfish, which predictably makes Rick sad, and she says lamb is not her favorite. Jody should be bummed by that but instead she decides to take a major risk and make a lamb dish to make the bride like lamb. If that didn't already make you think Jody Adams was amazing, note that not only is she also making bananas foster for the first time ever but that she and her husband CATERED THEIR OWN WEDDING. I mean, seriously: shine ON, you crazy diamond. I love this woman.

You know who else I love? Susur Lee. I love every single time he talks about his wife, like when how he finally asked her to marry him after having two kids together, her response was, "FUCK YOU! I'm not getting married NOW!" And I love how he motivated himself to make a plebeian wedding cake: "I've never made a goddamn carrot cake before. Never. But when I used to live in British Columbia, it was full of hippies and they made the BEST carrot cake. So I have to like, figure it out. You have to make it work." 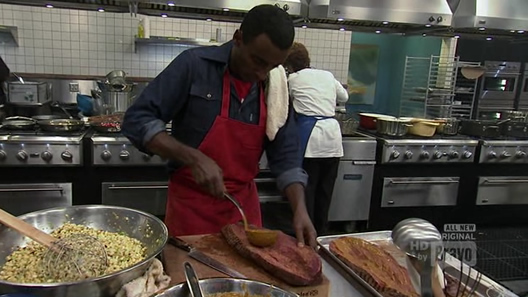 You know who I don't love? Marcus Samuelsson, who is truly the king of passive aggressiveness: "I know the main course of a wedding is extremely important so I will be the one in charge of that. It has to be flavorful, not bland." It's so good to know you don't think your teammates aren't as extremely important as you, Marcus, especially considering Susur's 19 1/2 elimination challenge score from last episode is the highest one in Top Chef Masters history. 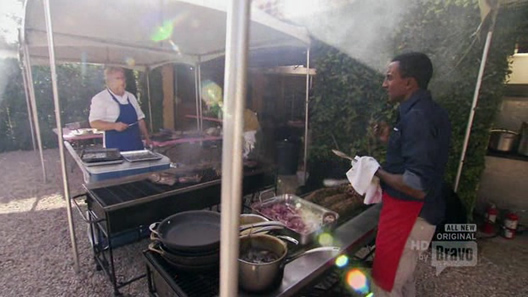 In the kitchen, Jonathan is getting nervous: "Tomorrow is like an open minefield. We don't know the location, what's gonna be there, what the setup is." But then they get to the venue, he sees Marcus at the other grill and says, "I don't think fillet is a good choice. It could be undercooked, it could be overcooked. I would never serve fillet at a wedding."

Susan's potatoes are "perfection in a little bhajia," Jody's tart is "amazing," and Jay wants to marry Marcus because of the tuna.

Rick, on Susan's wedding cake: "The cake, it matters. Everyone has pictures of their wedding cake. But Susan's Cake is the Charlie Brown Christmas tree of wedding cakes. so i'm thinking at this point the smartest thing for Rick Moonen to do is just stay away. It just stressed me out." 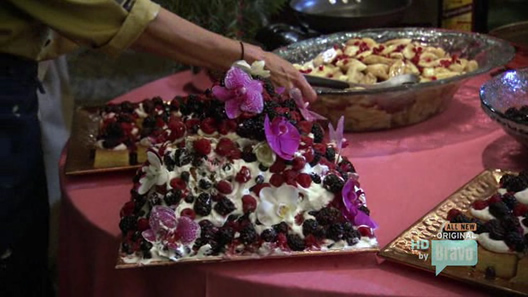 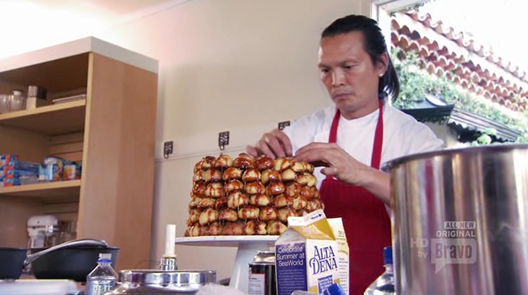 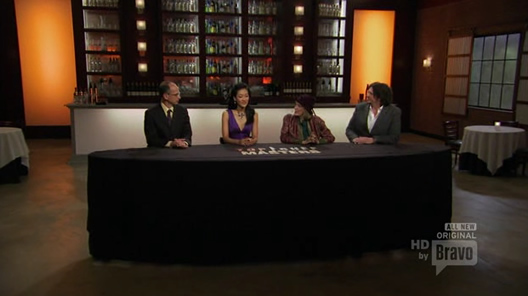 Carmen Gonzalez is OUT; Jody Adams WINS overall and receives $10,000 for her charity, Partners in Health.