The 100% vegan Sweetpea Baking Company in Portland, Oregon (yes, they serve Stumptown coffee) recently posted a job opening on Twitter for a barista/counter person and a sandwich maker with a catch: "Being vegan is also required."

A discussion ensued on a virtual wall as to whether or not such a requirement could be considered "discrimination" or "illegal" and then comparing (albeit obtusely) to religion and being homosexual or transgendered? Fun times on Facebook! The fine folk at Shut Up Foodies posted screenshots of almost the entire thread, which they've graciously allowed us to repost, for it is a fun, if infuriating, read (see below).

Because of the backlash (or the bad publicity? or lawyery advice?), less than 24 hours later, the bakery reposted the job opening on Twitter. This time it said, "The ideal candidate would be vegan." Meat eaters win again! 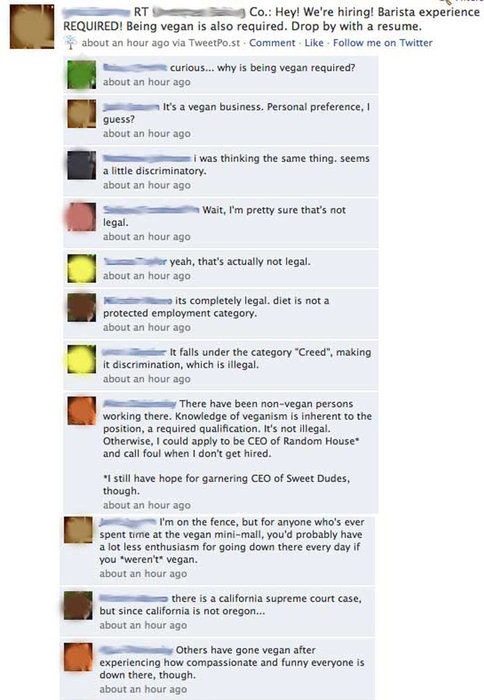 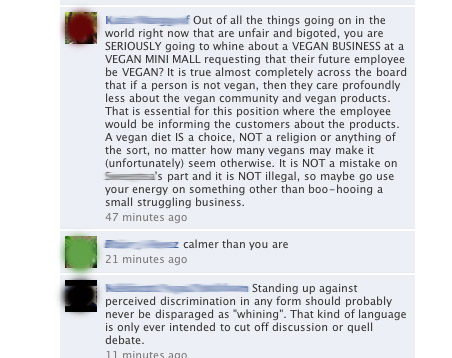