Michelle Obama as the Fat Police in the New York Post

From this weekend's edition of the New York Post: The caricature of First Lady Michelle Obama as the fat police (pearls and all!), keeping the young fatty from enjoying his cheeseburger and soda. Drawn by Leah Tiscione, it ran alongside the article "The Fat and the Furious" by Young Republican/movie critic Kyle Smith in which he criticized the recent White House Task Force report on obesity and New York City mayor Michael Bloomberg's food nanny state.

The Post seems to have a thing of illustrating the Obamas and food: Mere weeks ago they ran one of President Barack Obama wearing a beret and holding a baguette. 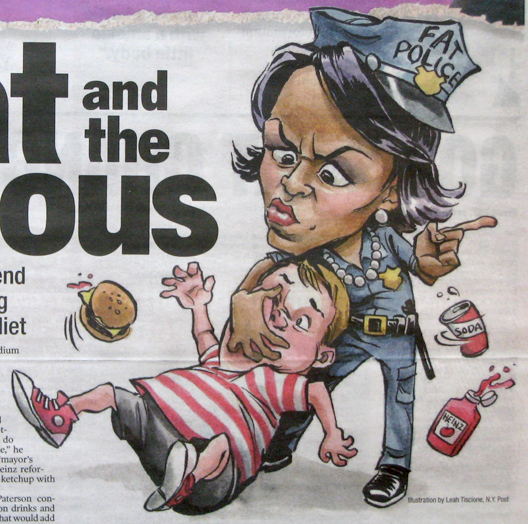