The Pebble Beach Food & Wine Festival began last night at the Inn at Spanish Bay in California. Acres of patterned carpets, hundreds of patterned shirts, canapes and chard amidst a golf course of some repute. PeBe is all SoBe isn't; Rachael Ray did not loom large over all proceedings. But there were chefs and partying a-plenty. 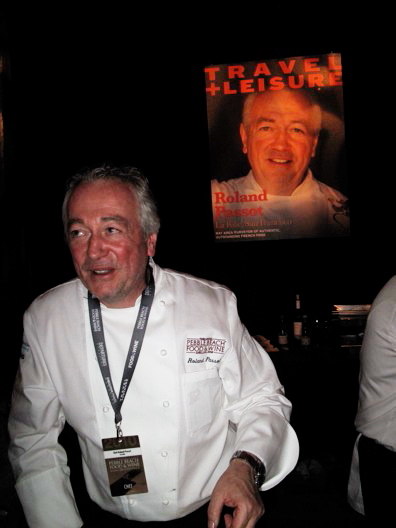 1) Chefs were asked to cook canapes in front of giant pictures of themselves from the covers of the media sponsors—Departures, Food & Wine and Executive Travel. Most chefs, like Roland Passot, Robert Del Grande, Cal Stamenov and Jonathan Waxman were from the Pacific Northwest and held up admirably to their Photoshopped selves. 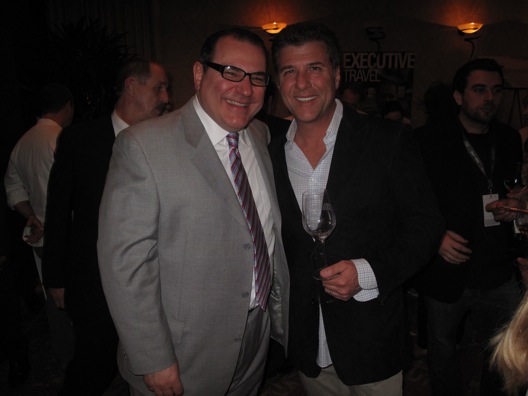 2) I did see Chef Paul Bartolotta talking to Michael Chiarello. Why do they like Pebble Beach? "The women," said Bartolotta before adding, "yeah my wife will love that." [NB: I don't think she will.] 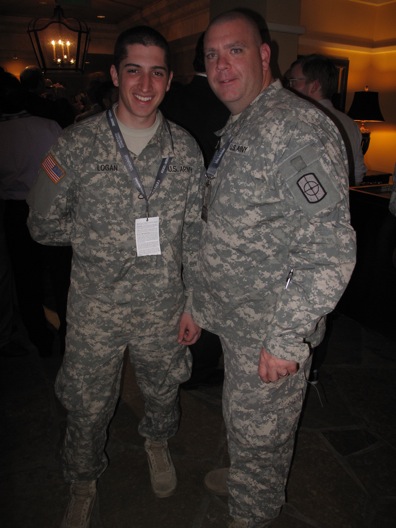 3) PFCs Blonatski and Logan were on their way to be deployed to Afghanistan and decided to stop by. "We don't have to be where we're going until tomorrow so we stopped by and bought tickets."

4) Three Top Chef alumni were there, Hosea Rosenberg, Jamie Lauren and Fabio Viviani. Hosea doesn't really have a business in the works he tell us. "I'm doing some wine dinners in Hong Kong and Thailand. I'm consulting with Streatchefs [sic]. It's supposed to be like Eat but with a Str in front of it. It's a food truck in Boulder." 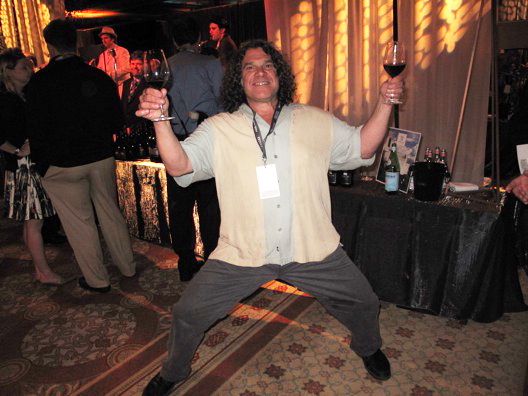 5) This is Gary Pisoni of Pisoni Vineyards, not Jon Favreau, shockingly. I asked him why he is here and he replied, "Because I'm a famous wine guy." Then his girlfriend said, "He's a famous wine guy." I asked how to spell his last name and the lady said, "he's famous. Stop embarrassing yourself." Then I peed on myself.

6) The afterparty, sponsored by Lexus, involved racing video games, Johnny Rockets burgers, heavy groping and dancing. Time Magazine's Joel Stein was there briefly. He had never heard of Josh Ozersky. "You're the second person who asked me about him!" he said. Stein is writing about the Founder's Dinner, the Sybaritic exclusive wine dinner the night before. Video below: