Illustration of Obama With a Baguette in the New York Post

The illustration of President Barack Obama sporting a beret and firmly gripping a baguette from this weekend's New York Post is impressive if only because it's nicely-rendered (and totally absurd). Why the pensive Che Guevara-like gaze?

Unfortunately, the article online, titled "EurObama: President follows Europe into places Europeans no longer want to go" doesn't have the art, so we had to photograph the damned thing ourselves. The artist isn't credited for the work, instead attribution goes to "Post photo illustration." Hats (and berets) off to you! 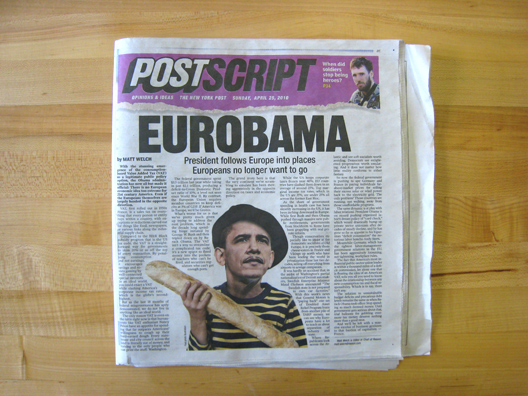