Season Six of The Next Food Network Star, On Its Way

Share All sharing options for: Season Six of The Next Food Network Star, On Its Way

Will the show spawn a new mega-celebrity like Guy Fieri (of season two)? Maybe! Will there be crying ? Most likely! Will the judges repeatedly tell the contestants that they "want to see more of them," but then boot them off the show when they don't like what they see? Count on it. Here's a quick field guide to the contestants and the whole press release: 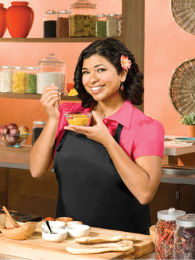 Name: Aarti Sequeira (profile)
Age: 31
Hometown: Los Angeles
What You Need to Know: Aarti left a job at CNN to learn to go to culinary school. She likes mixing Indian flavors with American classics and even had her own online cooking show, Aarti's Paarti. 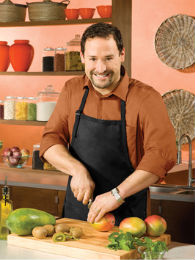 Name: Alexis Hernandez (profile)
Age: 40
Hometown: Clarksville
What You Need to Know: Former white collar drone who gave it all up to go to culinary school and become a caterer. Also works as a part time food writer, and has his own 65 acre farm. 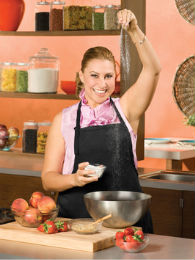 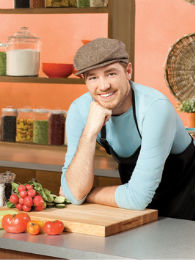 Name: Brad Sorenson (profile)
Age: 25
Hometown: Austin, TX
What You Need to Know: Brad started cooking at 17, was the executive chef of a restaruant in Columbus, Ohio at age 22, and now works out of Austin. 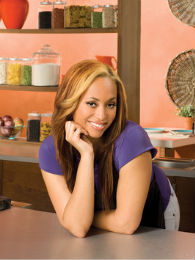 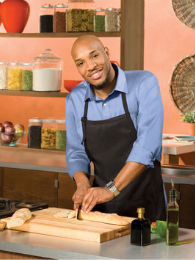 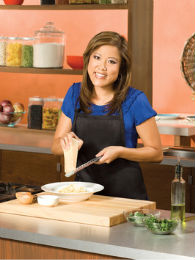 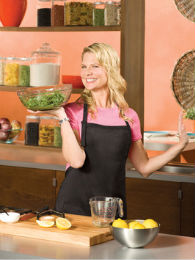 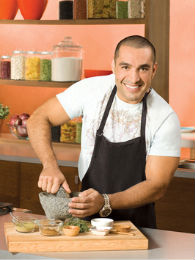 Name: Herb Mesa (profile)
Age: 41
Hometown: Atlanta
What You Need to Know: Herb worked his way up through the ranks of the restaurant world, starting as a dishwasher and eventually becoming the director of catering for a luxury hotel. Now works as a private chef and fitness trainer. 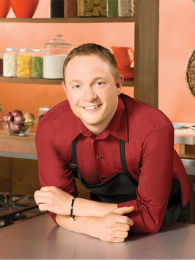 Name: Paul Young (profile)
Age: 32
Hometown: Chicago
What You Need to Know: Paul has worked as a sauté cook and executive sous chef in Chicago and Milwaukee, he also dabbled in improv comedy. 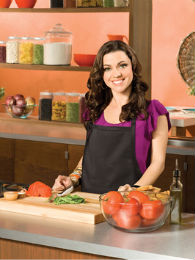 Name: Serena Palumbo (profile)
Age: 31
Hometown: NYC
What You Need to Know: Grew up in Southern Italy, has worked as an attorney in NYC, but now has a youtube cooking show, Cooking in Manhattan. 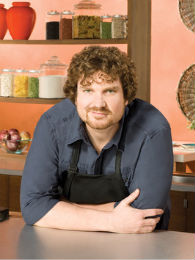 Name: Tom Pizzica (profile)
Age: 32
Hometown: San Francisco
What You Need to Know: Was the executive chef and owner of a Chesapeake Bay restaurant, but recently moved to San Francisco. His answer to the question of food speciality is "What do you feel like eating?"

NEW YORK – APRIL 21, 2010 – Food Network’s number one series, The Next Food Network Star, returns this June with the most exciting and intense season to date. Shot in Los Angeles on a brand-new studio set, season six follows 12 hopefuls competing for the ultimate dream job: his or her own Food Network show. With this coveted prize on the line, the finalists strut their star power and culinary chops for host Bobby Flay and the selection committee to see if they stack up against the competition. Under the mentorship of Giada De Laurentiis, the series kicks off with a two-hour premiere Sunday, June 6th at 9pm ET/PT as finalists get a taste of Hollywood with a trip to Paramount Studios and a six-course lunch for L.A.’s biggest celebrity chef, Wolfgang Puck.

This season, the finalists travel to Los Angeles where they are put through the ringer to prove their culinary talent and impress the industry's biggest stars. Challenges include a crash-course in red-carpet glamour while catering a star-studded MGD 64 after-party with Grammy-winner Colbie Caillat, serving up savory dishes inspired by classic carnival sweets at the Santa Monica Pier, creating and operating lunch trucks on Venice Beach, and using Kellogg's ® breakfast cereals to cook dinner with breakfast. The contestants must also impress special guest stars Eva Longoria Parker and Todd English by illustrating an “emotion” through a dish at their restaurant, Beso.