It's a reality that restaurant reviews from print media publications continue to hold the most authority in the food world. And while some critics downplay the importance of anonymity, the argument can be made that knowing a critic is in the house can help chefs and business owners present their restaurant in the best way possible.

Somehow, a fair amount of critics have successfully avoided having their photographs made public. So with that in mind, we've assembled a handy guide to spotting some of the country's biggest anonymous restaurant critics, including the best possible photos we could find. 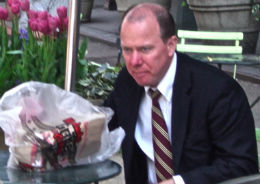 Name: Sam Sifton
Publication: New York Times
Age: 43
Aliases: C. Morton, Charles Foster
Twitter: @samsifton
Useful Info: Uses a pen and pad sometimes, has been known to return to restaurants he’s reviewing, and observe comings and goings from a short distance. Usually dines out with several companions, sometimes takes his daughters along. Enjoys himself even at restaurants he pans. Rumor is, he sometimes drinks. A lot.
[Photo: Eater.com] 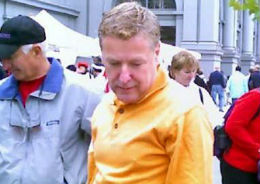 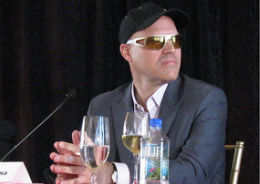 Name: Tom Sietsema
Publication: The Washington Post
Alias: Unknown, although he has made mention to a lot of fake credit cards.
Twitter: @TomSietsema
Useful Info: When asked, Sietsema downplays his anonymity as a critic, although he does keep himself out of photos as much as possible. Some indication of his voice and average build are clear in this video.
[Photo: Flickr/elaine baker pastry playground] 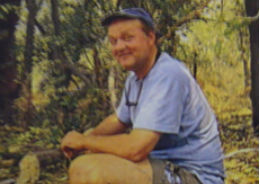 Name: Adam Platt
Publication: New York Magazine
Alias: Tony Kahn or Clifford Combs were suspected, then denied by the critic himself.
Twitter: @plattypants
Useful info: Does not bear a striking resemblance to his brother, the actor Oliver Platt. Adam is 6' 6'', has broad shoulders, is bald, and not fat. Despite Platt's imposing figure, he has a very quiet demeanor when reviewing restaurants. [Photo: Eater NY] 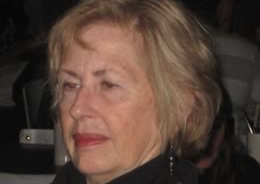 Name: S. Irene Virbila
Publication: Los Angeles Times
Age: Early 60's
Alias: Unknown, although her first name is "Sherry."
Twitter: @sirenevirbila
Useful Info: Virbila sports a short grey bob haircut. Her husband is a wine distributor in the Los Angeles area, with a lot of close restaurant connections. When reviewing, Virbila frequently brings her own wine. (Russ Parsons, Food Editor of the LA Times, writes in: "This is totally untrue. Her husband has nothing to do with the wine business anymore ? in fact, his only connection was as a freelance photographer for the Wine Spectator ending more than 10 years ago... Both he and Irene work very hard at maintaining her anonymity. They don’t socialize with the restaurant community or even go to public events where they might be identified.")
Update 12/23/2010: Virbila was outed by restaurateur Noah Ellis of the recently opened Red Medicine in Beverly Hills. 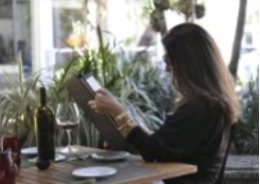 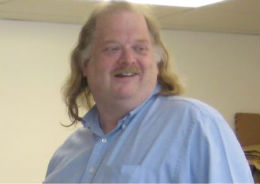 Name: Jonathan Gold
Publication: LA Weekly
Alias: Unknown
Twitter: @theJgold
Useful Info: Gold is frequently out and about, and doesn't covet his anonymity. He has the reputation of not being a "people person."
[Photo: Flickr/ubrayj02] 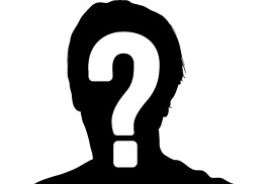 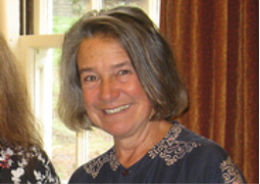 Name: Patricia Unterman
Publication: SF Examiner
Alias: Unknown
Useful Info: Patty has a particular fondness for ethnic cuisine, and has been spotted far a field in the bay area at such restaurants. One of her big talking points is "simplicity of flavors."
[Photo: Dining Around] 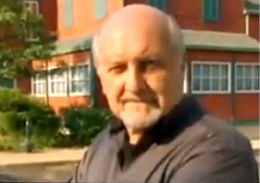 Name: Pat Bruno
Publication: Chicago Sun-Times
Alias: Unknown
Useful info: Bruno's real first name is Pasquale. His anonymity was totally blown when he appeared under that name in a 2009 episode of Throwdown! with Bobby Flay. The critic downplayed the incident, noting "I can count on one hand the number of times I have been 'made' while reviewing a restaurant."
[Photo: Grub Street]

· All To Catch a Critic Coverage on Eater [-ENA-]