Photos of KFC's Double Down Sandwich: Release the Kraken!

Share All sharing options for: Photos of KFC's Double Down Sandwich: Release the Kraken!

Yes, the KFC Double Down sandwich is now available. We were at a Manhattan location of the fried chicken chain when they opened their doors at 10:30 AM.

The Verdict: It tastes as you'd expect it to. A fine salt bomb, but unbalanced. The chicken filets are appropriately savory and crispy, and the flabby bacon doesn’t necessarily help or hurt things. The cheese and Colonel Sauce add an odd, unwelcome note. The combined flavor profile weirdly reminds us of being hung over in an airport. 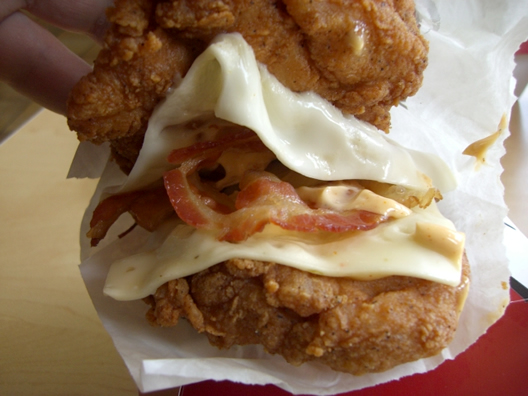 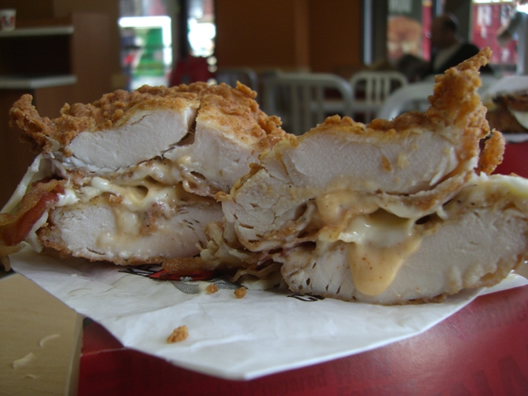 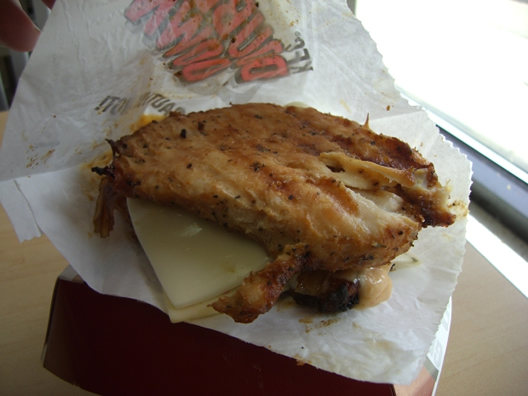 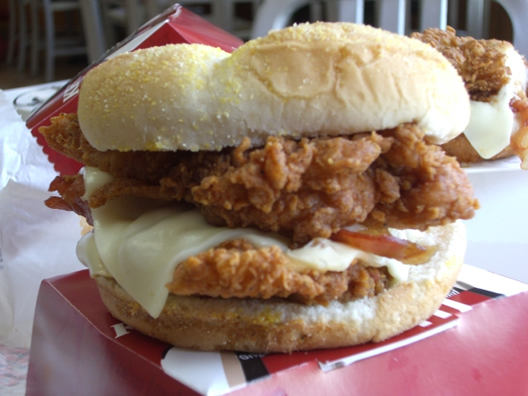 For the second half of the sandwich, we took the buns off of a Double-Crunch, and wrapped them around the Double Down. Although this pains us to say it, this is an improvement. Eating the Double Down as it’s served is sort of disgusting because the oily, craggly texture from the filets constantly reminds you that you’re eating a “fringe sandwich.” With the benefit of buns, it is much easier to go to town on this thing like a fat 13-year-old. No thought necessary — just bite after bite of salty, meaty, crispy food, wrapped in two soft, gummy pillows.

We'll have more on Double Down Mania throughout the day. If you're one of the brave souls out there battling the lines at KFC, we'd love to hear your own tales of the bunless apocalypse, here.