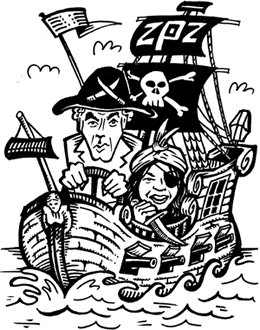 Television show Facebook pages are usually only nominally-related to the actual people who populate television shows. Mostly they're written by faceless well-paid media consultant automatons, sitting in an Aeron chair in a fancy loft, blogging meagerly and getting paid mightily for their slapdash corporate social media strategy implementation.

Such was sadly the case for Anthony Bourdain and his No Reservations Facebook page. But Bourdain's fed up. He's had enough. Bourdain is "wresting control" of not only his Facebook page but also hitting up Tumblr now, too. He was like to his social media epigones: "Let me ask you one question: Is your money that good? Will it buy you forgiveness? Do you think that it could?"

So good news. Now Bourdain himself will spend all day on Facebook and Tumblring! Not exactly. But someone who knows Tony as those who know him call him, will. Her name's Helen Cho. Here's her intro post:

I suppose the question beckons, who is this Helen person? Well, that would be me....
I am a proud New Yorker, Korean-American, and the now resident blogger/twitterer/facebooker for Zero Point Zero Production, Inc. [the company that produces No Reservations] I can often be found scheming with coworkers and planting ideas in the minds of [producers] Chris, Lydia and Joe with things for the office like slides, siesta rooms, full bars, and tree stands outfitted with Nerf guns. When I’m not at the office, I enjoy fishing, freezing while watching Pat LaFrieda butcher meats, and a good taco.

Insulated cups have emerged as a surprising site of self expression