Share All sharing options for: Naturally-Caffeinated Craft Beer in the Post-Four Loko Era 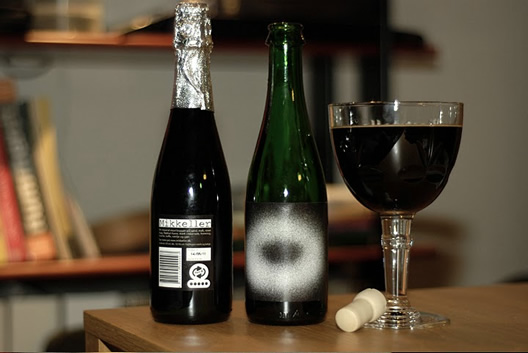 Now that Four Loko — the 12% ABV malt beverage mixed with the chemically-added caffeine equivalent of three to six cups of strong coffees — has been effectively banned along with some similar drinks, people in the craft beer community are wringing their hands. What's the worry? What could "The Blackout in a Can" have to do with artisanal ales made by hand and enjoyed with care? True, the FDA has ordered only four companies to remove the added caffeine or be pulled from shelves by mid-December. But thanks to the fist-pounding, nanny-state politicians like Charles Schumer, the worry is that the FDA or TTB (Federal Tax & Trade Bureau, formerly the Bureau of Alcohol, Tobacco, and Firearms) might try to ban all alcoholic drinks containing caffeine, which would have potentially wide-reaching effects. See, in the craft beer world, experimentation rules and adding crazy — but entirely legal — ingredients to the mix is the norm.

Brooklyn Brewery Brewmaster Garrett Oliver was particularly sanguine about the whole affair. "The thing that concerns me is that we might not be able to do the kind of stuff that we've done in the past," said Oliver. "For example, with Stumptown Coffee roasters, we did a beer with them called Intensified Coffee Stout which used Finca el Injerto coffee. And of course many brewers make coffee stouts. We've had beers infused with cacao nibs as well, and all of these would be considered to be caffeinated. So, if we then became collateral damage for something like Four Loko, that would be more than spectacularly annoying."

There's a small but growing family of caffeinated craft beers, specifically coffee stout and espresso stout. There are dozens, maybe hundreds, available from the country's craft breweries. It's a creation mainly of the modern American era, in which a far lower dose of caffeine, derived from the addition of coffee beans or some extraction thereof, strums an upbeat note in an otherwise soporifically rich, malty dark brew. They typically have a higher than usual alcohol content. And it's often — though not always — delicious.

Redhook and Starbucks collaborated way back in 1995 on Double Black Stout, a good if slightly astringent 7% ABV brew that was resurrected at least once. The java itself can be added at various stages, but typically it's late in the game.

So: Caffeine, check. Alcohol, check. But comparing craft beers made with small amounts of espresso or coffee beans to artificially-caffeinated, high strength malt beverages like Four Loko would be like comparing Kitchen Nightmares to Julia Child' The French Chef. It's all in the technique. Was the caffeine added in chemical form, such as in Moonshot, the star-crossed brew chronicled by the film Beer Wars and recently profiled in the Times? Or did the caffeine appear through a natural osmosis in the brewing kettle, fermenters, or conditioning tanks?

Marketing plays a role in all this, too. When products look funky or artisanal (e.t. Moonshot) but really aren't (again, because the caffeine was added in chemical form), the consumer may understandably be confused. Luckily, Four Loko made itself an easy target. The problem was that it was expressly formulated for partying really, really hard, and labeled not unlike Sparks. (Sparks, it's worth noting, was another controversial caffeinated brand; invented by a noted craft brewer from Oregon, it sold after four years on the market for $220 million and has been caffeine-free since 2008.)

In tackling this new canned menace to society, lawmakers and industry wrestled with how to define Four Loko's particular brand of evil. But really, it's not too tricky. To paraphrase the case of Jacobellis V. Ohio (a landmark case regarding the definition of pornography), you know it when you see it. Are the ingredients real, or artificial? Here's an impressively large list of various beers and alcohols containing coffee and other stimulants.

Craft Brewers on the Defensive

Fearing the demise of the much loved coffee stout genre in this South Park-worthy affair, perhaps, The Brewers Association, a trade group representing about 1,000 of America's small and independent breweries, announced on Nov. 16th that it would formally petition the U.S. Tax and Trade Bureau (TTB) to establish rule-making on alcoholic energy drinks.

"The petition seeks to disallow synthetic and pure caffeine additions to alcohol beverages, but allow incidental caffeine from ingredients that have a long tradition in brewing, such as coffee, chocolate and tea," it reads. "The petition seeks to clarify that coffee, chocolate, herbs, spices, seeds, and fruit are ingredients that should remain available to brewers to make beers for responsible enjoyment by beer drinkers." Brewers Association President Charlie Papazian pointed out that "responsible brewers have successfully used coffee, chocolate and tea to add interesting flavor and complexity to their beers for decades. In fact, the Aztecs brewed a corn, honey and chili-based beer that contained cocoa."

Mikkel Bjergsø, the "gypsy brewer" behind the beer geek favorite Mikkeller said it would take four half-litres of his two coffee-enhanced beers (Black Hole Stout, and Oatmeal Stout with Coffee) to hit one shot worth of the buzzy stuff.

When it comes down to it, regulating or banning caffeine in craft beer is going to be matter of common sense. "If the maker adds the flavorless chemical compound caffeine to a drink, the drinker might not know it's there at all, much less how much is there," Shelton points out. "Of course the maker can label the quantity, but few consumers are equipped to interpret that information. Quick, how many people out there know their caffeine tolerance, in milligrams? That's what I thought."

Preserving the Right to Experiment

Ultimately it's formulation, intent, technique—factors that are not so easy to define legally, but ones you can bet the Brewers Association will fight tooth-and-nail to protect, to preserve American craft brewers' right to experiment with coffee and other flavorings that also add a kick.

Beyond flavor, I asked Shelton (playing a bit of Devil's advocate), what else is there to differentiate coffee-infused craft beers — which are still exempt from the FDA ban — from the likes of Four Loko? What if it were simply relabeled and marketed as a craft beer, with a cork top and behooded monks adorning the label? "The [good] beer is made with natural ingredients, with foods. That other stuff is made with drugs," he says. "But why go 'beyond' flavor? Flavor is what good beer is all about. If you can't taste it, what's the point?"


Oregon native Christian DeBenedetti (@debenedetti) is currently hard at work writing a book about American craft beer for National Geographic, due out in the Fall of 2011, and writes about beer and travel for magazines including Food & Wine, Men's Journal, Departures, Outside, and others. He lives and drinks in his hometown, Portland.