That right there is none other than S. Irene Virbila, the until-now anonymous restaurant reviewer for the Los Angeles Times. Now, we know that we've been known to out a critic or two in the past, but this photograph is courtesy restaurateur Noah Ellis of the recently opened Red Medicine in Beverly Hills.

Ellis took her picture and posted it to the restaurant's Tumblr along with a diatribe against Virbila and her "unnecessarily cruel and irrational" reviews that "have caused hard-working people in this industry to lose their jobs." He told Eater LA, "We didn't want her reviewing us."

He explained why he ran the picture: "Our purpose for posting this is so that all restaurants can have a picture of her and make a decision as to whether or not they would like to serve her."

But not only that, they asked her to leave, refusing to serve her or anyone in her party. Here's Ellis' rant, and the photograph, for archival purposes: 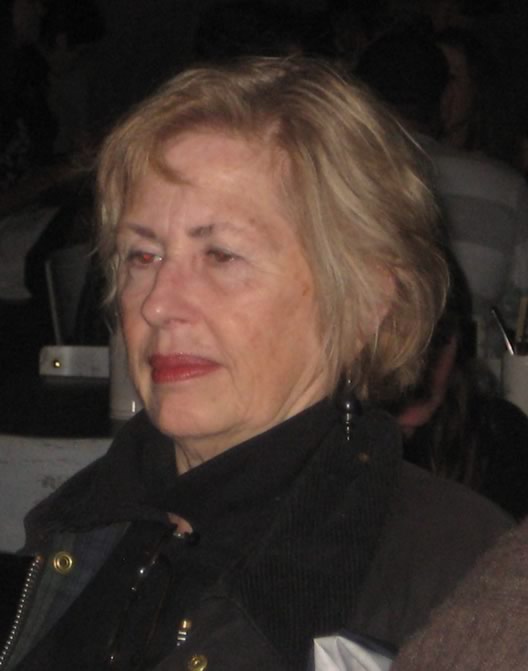 Tonight, in the middle of a particularly hairy service, Irene Virbila arrived for her reservation (4 people under the name "Fred Snow" with a phone number of 310-999-9959), and because we had guests lingering, were not able to sit immediately.

She was recognized, and at while standing by the door, I was able to take this photo of her. At this point, I asked her and her party to leave, as we don't care for her or her reviews.

Our purpose for posting this is so that all restaurants can have a picture of her and make a decision as to whether or not they would like to serve her. We find that some her reviews can be unnecessarily cruel and irrational, and that they have caused hard-working people in this industry to lose their jobs -- we don't feel that they should be blind-sided by someone with no understanding of what it takes to run or work in a restaurant.

Upon asking her to leave, her husband and dining companions were quite upset, and made mention that this may be illegal and was cruel and unfair. Obviously, she was not discriminated against as part of any protected class, but rather because she is someone we choose not to serve here.

We're writing this to make everyone aware that she was unable to dine here, and as such, any retribution by her or on her behalf via a review cannot be considered to be unbiased.

· Outing Irene Virbila [Red Medicine via LA Weekly]
· Red Medicine Boots S. Irene Virbila Out of Restaurant [-ELA-]
· The LA Times Responds to Critic Unmasking [-E-]
· No, Outing a Restaurant Critic Is Not 'A Form of Rape' [-E-]
· All To Catch a Critic Coverage on Eater [-E-]