José Andrés Is Not a Fan of Hell's Kitchen's Antics

Share All sharing options for: José Andrés Is Not a Fan of Hell's Kitchen's Antics

After watching Hell's Kitchen for the first time, José Andrés declared himself ashamed of the show's depiction of the culinary profession in a string of tweets: "When us chefs complaint and scream about the food coming from our kitchens, WE are responsible for not leading and teaching properly!" Maybe that's why he turned down the lead gig on the Spanish version of the show?

Andrés also said chefs have "a moral obligation to be an example" on television. He's not the first chef to take issue with Gordon Ramsay's antics; Eric Ripert voiced similar concerns in September. 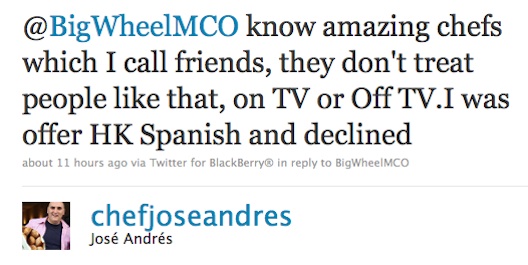 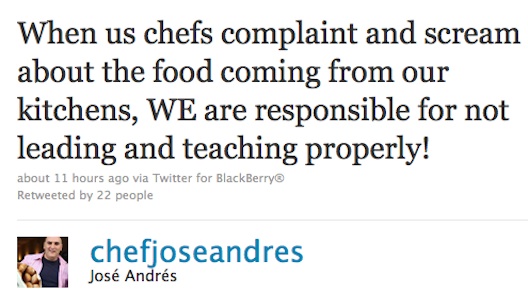 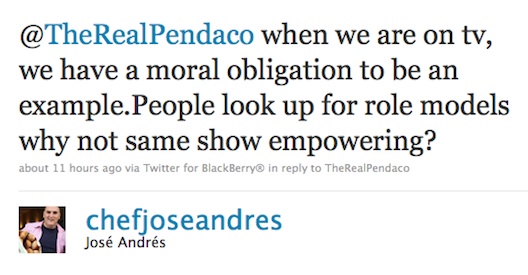 And, in response to a tweet saying "People know Hells Kitchen is a reality show, not a real kitchen! Also, Ramsay is very sweet on his other shows," Andrés responded: 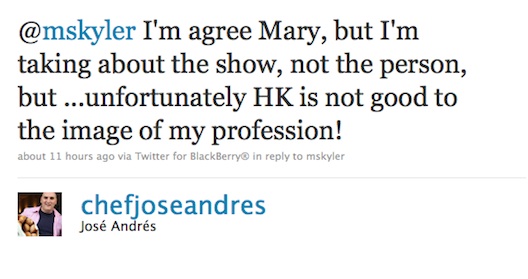