Share All sharing options for: Adam Rapoport Is Officially Bon Appétit's Next Editor-in-Chief 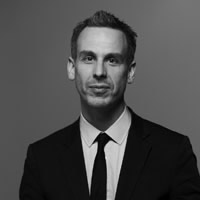 As had been previously reported, Condé Nast has officially confirmed Adam Rapoport has been named Editor-in-Chief of Bon Appétit. Rapoport will begin overseeing the magazine's print and online content later this month; his appointment coincides with the decision to move Bon Appétit's headquarters to New York and follows previous editor Barbara Fairchild's departure.

Rapoport is currently Style Editor at GQ, but he told the New York Times he's familiar with the magazine's audience : "Bon Appétit is a magazine that my mother is a loyal subscriber to, but so are so many of my friends my age who I’ve known forever." That said, he'll try to inject a little style into the format. "I think we can reinvigorate it. I don’t want to say reinvent. We can rethink the visuals, maybe make it a little more vital, a little more relevant.” Will Rapoport's changes be successful? Or will we have another reader revolt on our hands?

New York, N.Y., November 1, 2010 – Adam Rapoport has been named Editor-in-Chief of Bon Appétit magazine and its website bonappetit.com, it was announced today by Thomas J. Wallace, Editorial Director of Condé Nast. The appointment, effective later this month, follows the announcement that Condé Nast is relocating the Bon Appétit editorial headquarters from California to New York. Mr. Rapoport will join Bon Appétit from GQ, where he is currently Style Editor.

Mr. Rapoport has been with Condé Nast for over 10 years and has covered food since 1995. He edited the restaurant section at Time Out New York for three years and worked as an editor and writer for the James Beard Foundation's Publications Office.

Mr. Rapoport joined Condé Nast as a Senior Editor for GQ in 2000 and was named Fashion Features Editor in 2004. In 2008, he became GQ's Style Editor, where he covered food, travel, fashion, design, film, and music.

“Adam is an accomplished editor,” said Mr. Wallace. “The enthusiasm and engaging mix he brought to GQ’s style pages, together with the expertise he brought to their food coverage, perfectly positions him to lead Bon Appétit.”

Mr. Rapoport is a graduate of the University of California, Berkeley, and currently lives
in Manhattan with his wife and their son.