As is the tradition at Eater, it's time for the annual Year in Eater survey. Already, Single Best Meals and The Year in One Word have been discussed, and all will be answered by the time we turn off the lights on Thursday. Responses are related in no particular order; all are cut, pasted and unedited herein: 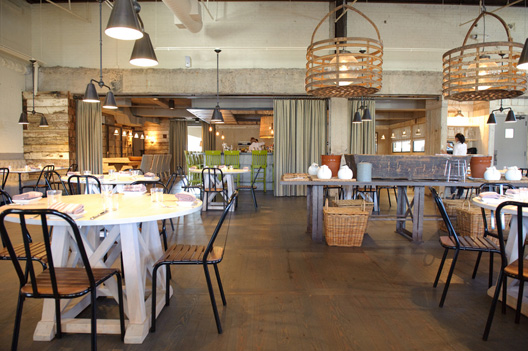 James Oseland, Saveur: L.A., L.A., L.A. Over the course of six weeks this year I ate my way through the whole metropolitan area, from Little Saigon to the Valley, and was BLOWN AWAY by the diversity and general level of excellence of the foods that I found there.

Kate Krader, Food & Wine: Worldwide, I'd say Barcelona. It just rocked, those classic places, the new ones, El Bulli's botanical menu. I barely ate one bad thing. Nationwide, NYC because David Chang has raised his game at all the Momofuku places, there's resurgent four star dining at 11 Madison and Corton and Marea, Fabio is back in the kitchen and there's so much other terrific Italian ... Most improved, I'd vote Atlanta and not just because Tom Colicchio and Laurent Tourondol are now there. Abbatoir is terrific, Flip Burgers, Woodfire Grill plus all the other chefs who have been cooking very good farm to table food are coming into their own. Next year I'm looking at San Francisco/Oakland - a lot of great things seem to be happening. And I like LA a lot too right now and for next year. Also, for best dining city, i haven't been to Chicago in a while, otherwise I'm sure it would be on my top 3 list, what with new Paul Kahan taco place, belly shack and i think Michael Carlson at Schwa is one of the best chefs in the country that people don't talk about enough.

Eva Hagberg, Eater PDX: Portland, Oregon. Biased, yes, but it's part of why I moved there.

Kat Odell, Eater LA: Well, NY as always but I do have to say LA has come very far in the past three years.

Lucchesi: NYC remains tops overall, but with new arrivals like the Bazaar, Church & State and Bouchon (among many others) and the continued success of other recent heavyhitters (Animal, Mozza, Kogi), I think LA probably had a more notable year than San Francisco and Chicago.